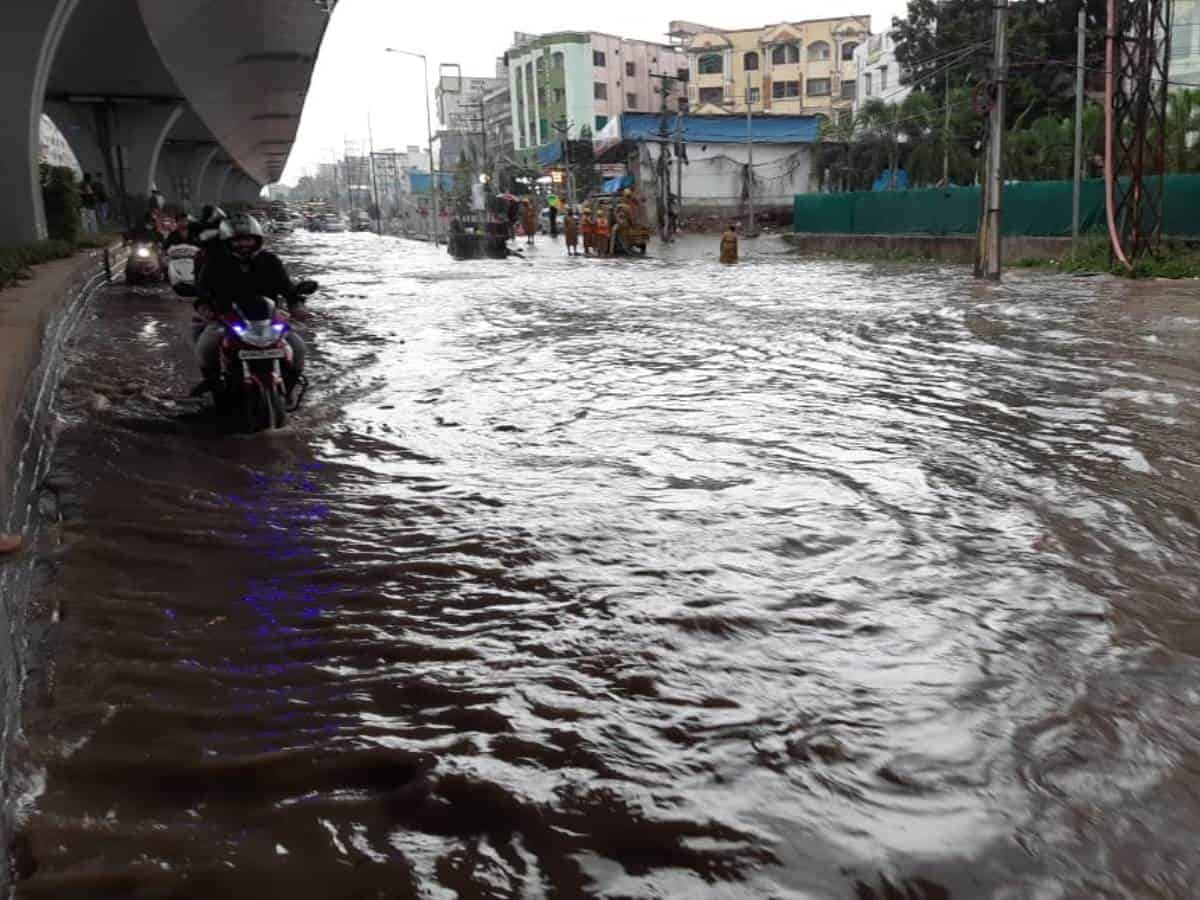 Hyderabad: In view of heavy rainfall in the state, the Telangana government on Thursday directed that people living in low-lying areas should be identified and shifted to special camps.

Chief Secretary Somesh Kumar held a teleconference with the Collectors, Superintendents of Police of Bhadradri Kothagudem, Mulugu, Bhupalpally and Peddapally districts and other senior officials and reviewed the situation in the respective districts.

During the conference, Transport Minister Puvvada Ajay Kumar said that with the water in Godavari reaching alarming levels, additional contingent plan should be formulated so as to ensure that all line departments should be more vigilant and step up relief and rescue measures on warfooting.

Chief Secretary stated that as per the directions of Chief Minister K Chandrashekar Rao, the collectors should give utmost priority to prevent loss of life. With the IMD forecasting heavy to very heavy rains over the next couple of days in the state and with the Godavari river in spate, water level at Bhadrachalam is expected to reach more than 70 feet by Friday.

Chief Secretary directed that all the low-lying areas which are likely to be submerged have to be identified and the people living in those areas should be shifted to special camps. He complimented the officials of all line departments for working in close coordination and preventing loss of human life.

Chief Secretary also directed the collectors to procure JCBs, generators, sandbags and other materials in additional quantities and place them at strategic points. He assured that all possible support will be provided from the state headquarters to the flood-affected districts. Chief Secretary directed the Collectors to be on high alert and take all measures to provide relief and rehabilitation to the people.

Director General of Police Mahender Reddy said that additional forces along with equipments like boats, life jackets etc are being sent to the districts to cope up with any eventuality.

Director of Enforcement, Vigilance & Disaster Management, GHMC stated Monday morning that moderate rainfall coupled with strong gusty winds may be present across the city for the next 12 hours. “Tree falls may be expected. Citizens may plan their commute accordingly,” he said.