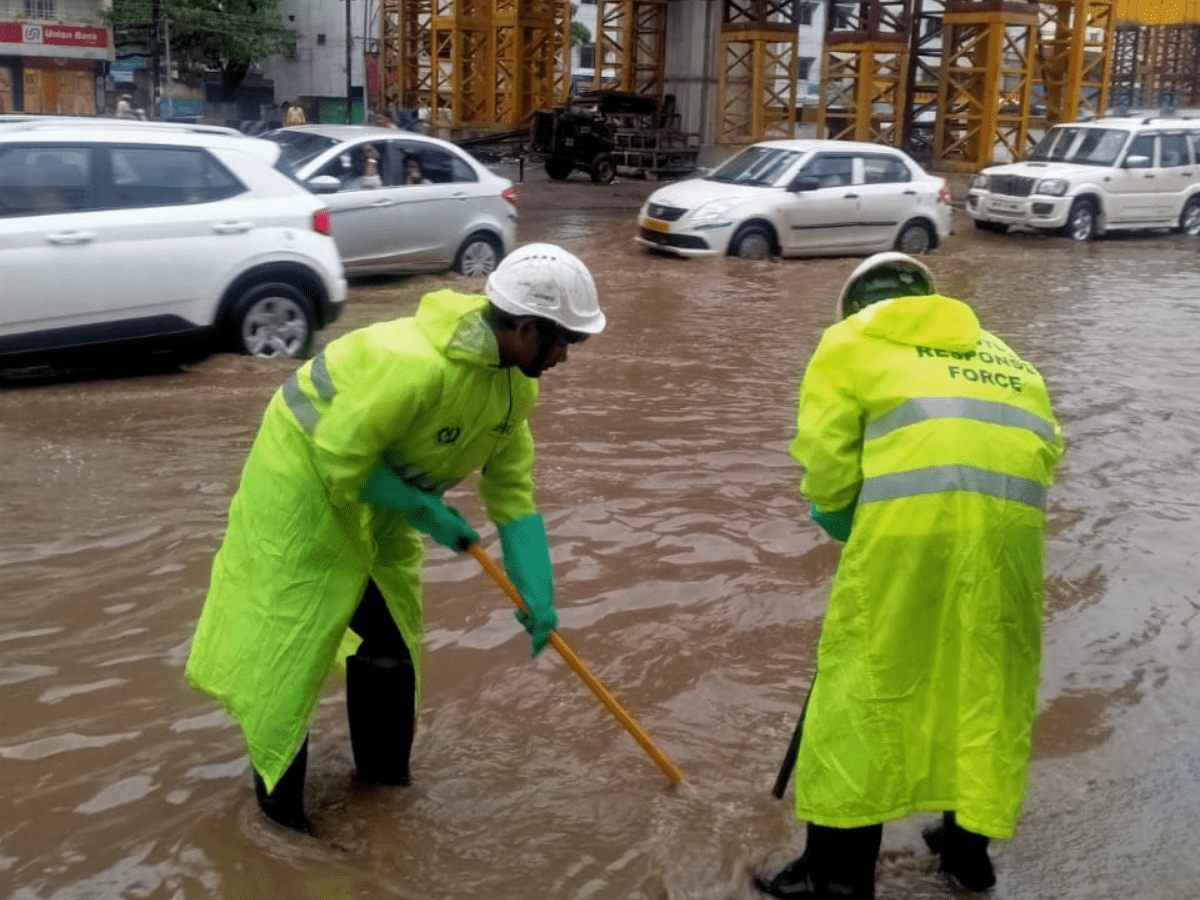 Hyderabad: Boats were out in parts of old Hyderabad to rescue people as heavy rains accompanied by gusty winds lashed the city early Wednesday morning.

Authorities said there was cloudburst leading to heavy rains in a short duration, inundating low-lying areas, disrupting vehicular traffic and electricity supply in many parts of the city.

The residents of Hyderabad and suburbs woke up to thunderstorms on Wednesday as high intensity rains in a couple of hours left low-lying residential areas and roads inundated.

The gusty winds also uprooted trees and led to blackouts in several areas.

Disaster Response Force (DRF) teams of Greater Hyderabad Municipal Corporation (GHMC) were out with boats in the worst-affected areas in the old city to rescue people from marooned localities. Boats were pressed into service in Madina Nagar and Dhobhi Ghat in Yakutpura constituency. Some areas in Bahadurpura constituency were also badly hit with flood water entering the houses.

Maredpally and Musheerabad in Hyderabad recorded rainfall of 8.68 and 7.73 cm.

Paddy stored by farmers near procurement centres in various districts was damaged due to overnight and early morning rains. Farmers said they were waiting for their produce to be procured by authorities and appealed to the government to compensate for their losses.