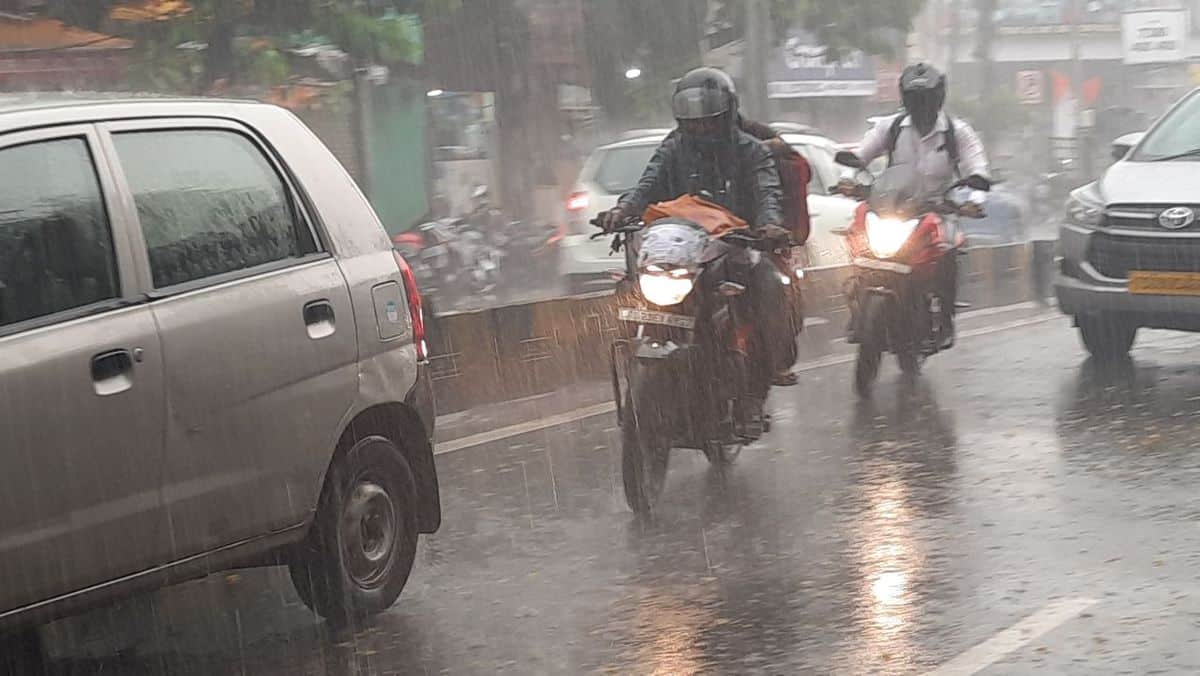 Hyderabad: The city witnessed heavy rainfall on Saturday evening with the Indian Meteorological Department (IMD) predicting more rainfall for the next five days.

The IMD said that a trough has been formed from the north-central Arabian Sea to the west-central Bay of Bengal covering the Rayalaseema and Andhra Pradesh coastal line. It further continued that a low-pressure area is expected to be formed over the north Andaman region which will intensify further travelling towards the northwest direction and finally reach south Odisha and north coastal Andhra in the next four to five days.

The city’s mayor Vijayalaxami Gadwal also said that the rainfall is expected to continue over the city, urging the citizens to stay indoors unless needed.

“Heavy rainfall is expected to continue over the city. Monsoon emergency teams are on the field. Citizens are advised to stay indoors unless needed. Dial @GHMCOnline control room on 040-21111111, 040-29555500 for any rain-related issues and assistance,” the mayor wrote in a tweet.