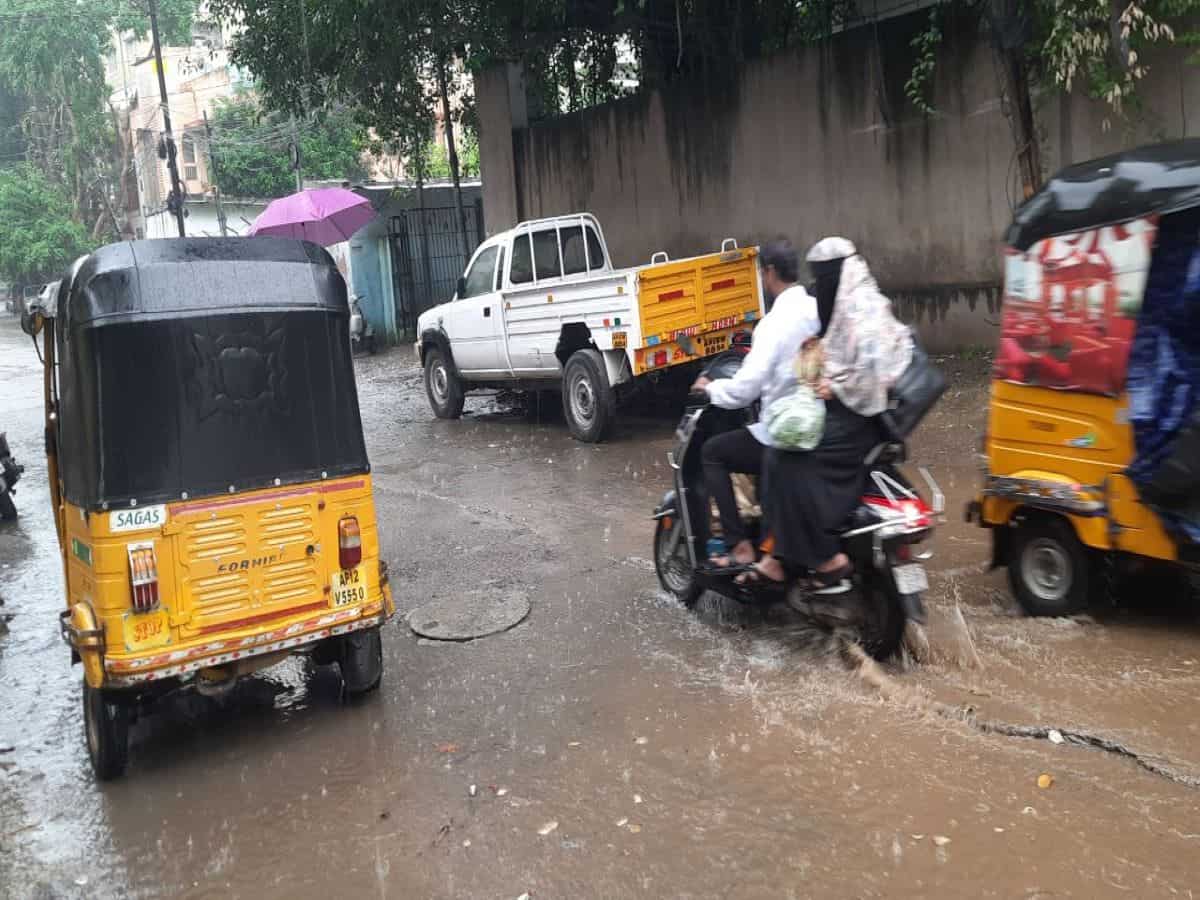 Hyderabad: Heavy rains lashed parts of Hyderabad on Thursday, and thunderstorms are expected to spread across the city in the next few hours.

Some of the areas which experienced heavy rainfall include Alwal, Malkajgiri, Uppal and Malakpet. Areas including Qutbullapur, Jeedimetla, Suchitra and Kukatpally are expected to experience showers.

The Hyderabad Metropolitan Water Supply and Sewerage Board (HMWSSB) on Thursday opened two crest gates this evening in response to the continuous rains in catchment areas and inflows into Osmansagar and Himayatsagar reservoirs.

The city saw glimpses of heavy downpours and several parts of the city were waterlogged on Wednesday. The Indian Meteorological Department (IMD) issued an orange alert in the city until Sunday (11 September). Meanwhile, heavy rain is expected on Friday and Saturday.

A low-pressure area formed due to the cyclone, leading to heavy rains in many parts of Telangana in the following week.