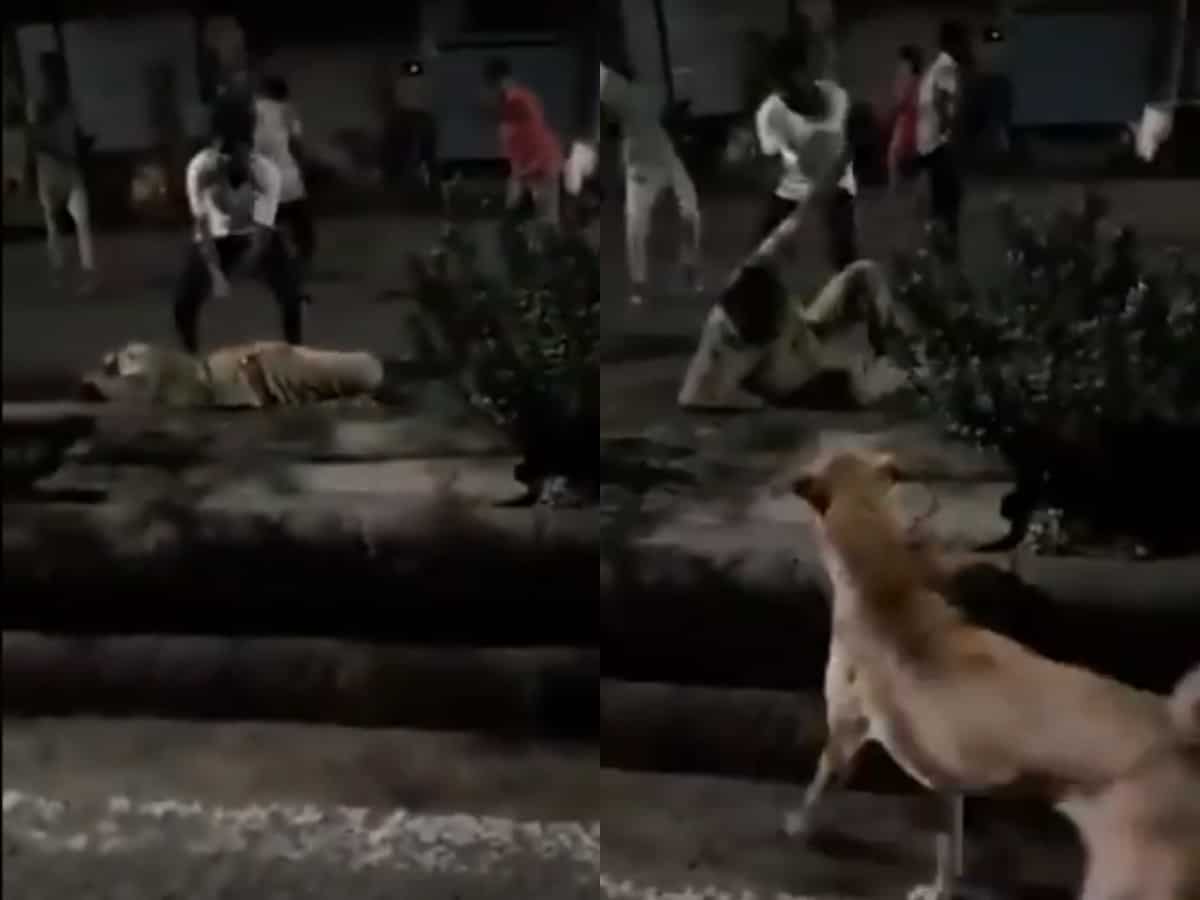 Hyderabad: A viral video on social media showed a police officer being beaten up by some people, as onlookers are shocked. The video is claimed to be taken in the Kondapur area, within Cyberabad limits.

In the 30 seconds clip, an officer in police uniform was seen brutally being beaten up with sticks by at least five people in the middle of the road. After taking a few hits the officer manages to slip away and run.

Many people in the video are seen passing by or just standing their recording and unbothered by the situation.

However, on Saturday, Cyberabad police took to flag the video as fake.

Police further even stated that the people behind spreading this fake news will be fairly punished and no such situations will be further endured.

Unconfirmed information said that the incident in the undated video must have happened in North India.