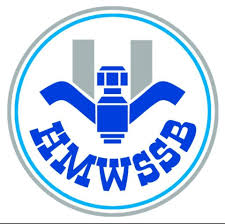 Hyderabad: The water board here will set up a task force which will address sewerage issues in suburban municipalities in the Greater Hyderabad Municipal Corporation (GHMC) over the next three months. HMWSSB managing director Dana Kishore on Friday said that the department has identified 792 hotspots which are areas that frequently have overflowing sewers. survey with CGMs , GMs , DGMs and managers at the Water Board headquarters in Khairatabad.

In a meeting with all officials of the Hyderabad Metropolitan Water Supply & Sewerage Board (HMWSSB), Dana Kishore stated that separate reports be prepared for each hotspot on the work to be undertaken for a permanent solution to the sewage problem in Hyderabad. He said that steps would be taken in the next three months to address as many of these issues as possible.

Dana Kishore also directed HMWSSB officials to prepare proposals to build new pipelines, according to a press release from his office. The managing director also told officials that 95% of complaints the department gets should be solved. Since October 1, the water board has taken over the sewerage responsibilities of suburban municipalities under the GHMC area, and nearly 85 percent of the complaints were immediately solved, the released added.

The HMWSSB managing director also asked officials to resolve 95 percent of the complaints within the next one month and added that an additional 91 workers and 75 hydraulic silt clearing vehicles were being deployed to tackle various issues quickly. The meeting was attended by HMWSSB revenue director VL Praveen Kumar  and others.