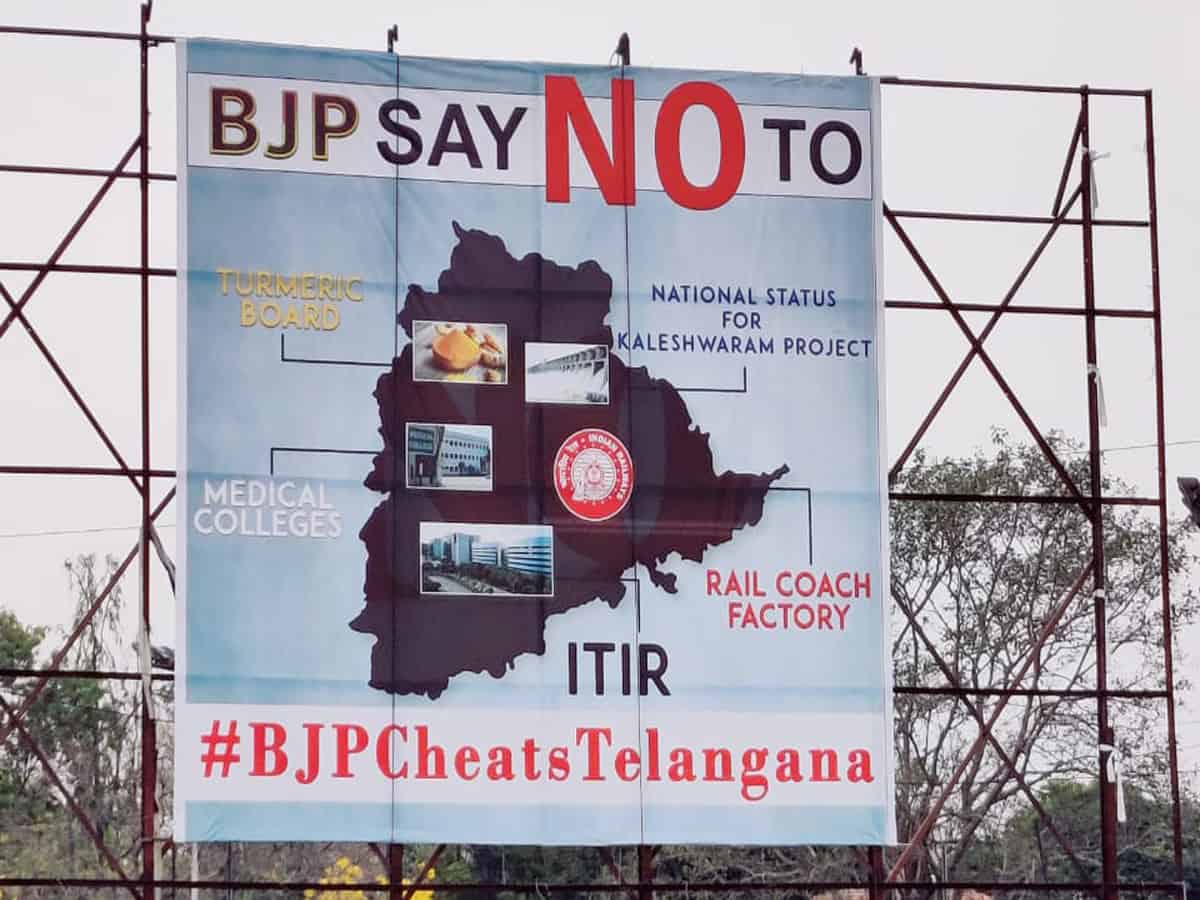 Hyderabad: Telangana Rashtra Samithi (TRS) social media convenor Krishank put up a hoarding that criticizes Bharatiya Janata Party (BJP)-led central government for not setting up a turmeric board in the State, ignoring Telangana while sanctioning medical colleges, failing to get IT Investment Region (ITIR) project to Hyderabad, etc. It also mentioned “#BJPCheatsTelangana“.

The hoarding that appeared at Secunderabad Club area also alleged that BJP has denied ‘national status for Kaleshwaram project’.

Talking to Siasat.com, Krishank said that despite writing on Promissory Note, BJP has not set up a turmeric board, canceled the ITIR project, and ignored the state while granting medical colleges. In order to create awareness, the hoarding was put up, he added.

Speaking about the future plan, the party social media convener said that he will continue to question BJP in different ways.