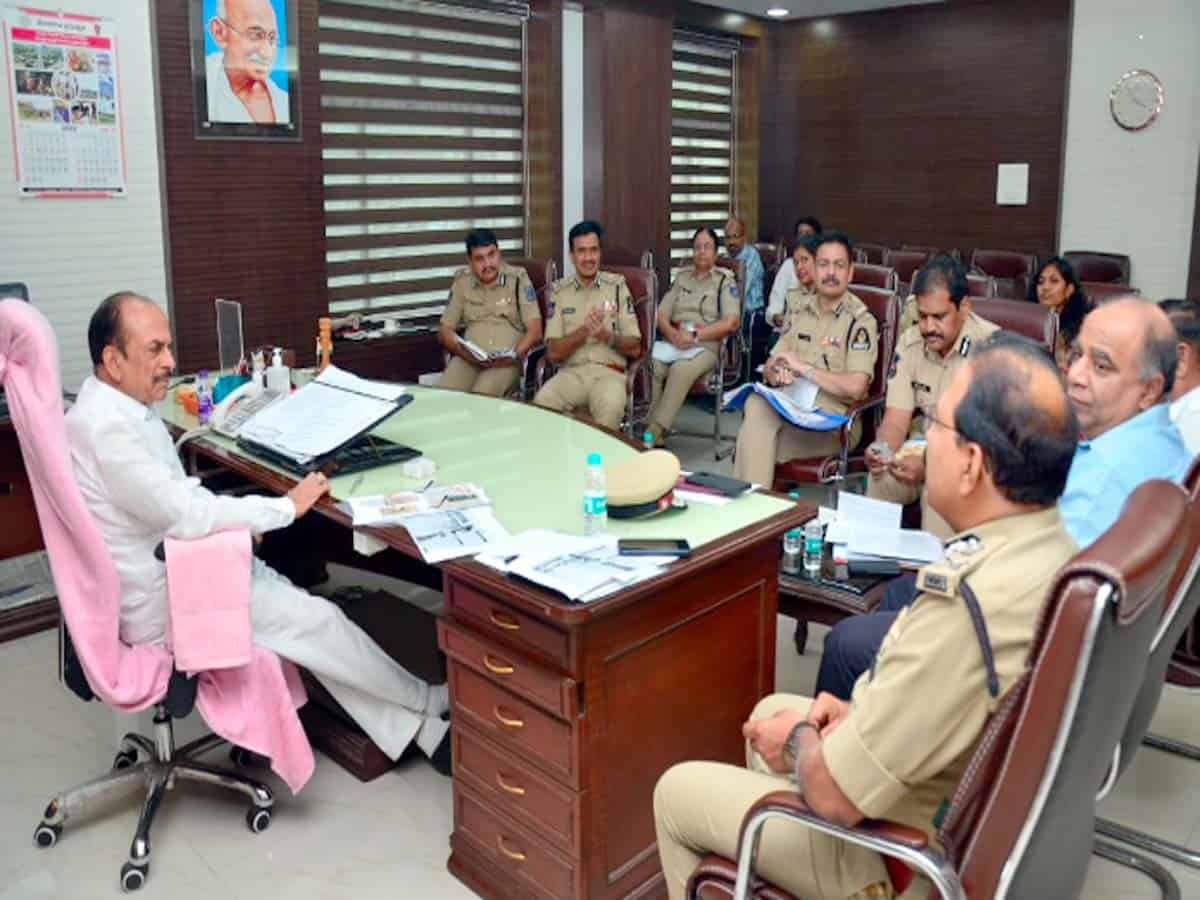 Hyderabad: Telangana State Home Minister Mohammed Mahmood Ali on Thursday convened a meeting with all senior police officials to discuss “Crime against Women and Children” in the state.

During the meeting the Home Minister held in-depth discussions to prevent the incidents of heinous and other crimes against the women and children.

Mahmood Ali said that Telangana State especially Hyderabad has brand image for Safety and Security of Women and maintenance of excellent law and order.

He asked the police officials to check the violations in public places and to increase surveillance and keep close watch within the purview of law while implementing certain sections of law under Hyderabad City Police Act.

In wake of incidents being reported in Pubs, the Home Minister said, it is decided to have a joint meeting of the Police and Excise department so that there shall be no conflict of law while enforcing certain restrictions or control violations.

Mahmood Ali said that the Women Safety Wing and She Teams will conduct large-scale awareness programmes via Social Media platforms to educate the Parents through the managements of educational institutions, schools so that they shall be aware of happenings in the name of parties and events.

With this they can closely monitor their children from being abused, trapped or misguided. Women safety wing will also have a meeting with the officials of the Women and Child welfare department and take all viable and possible measures for prevention of abuse and crime against women and children.