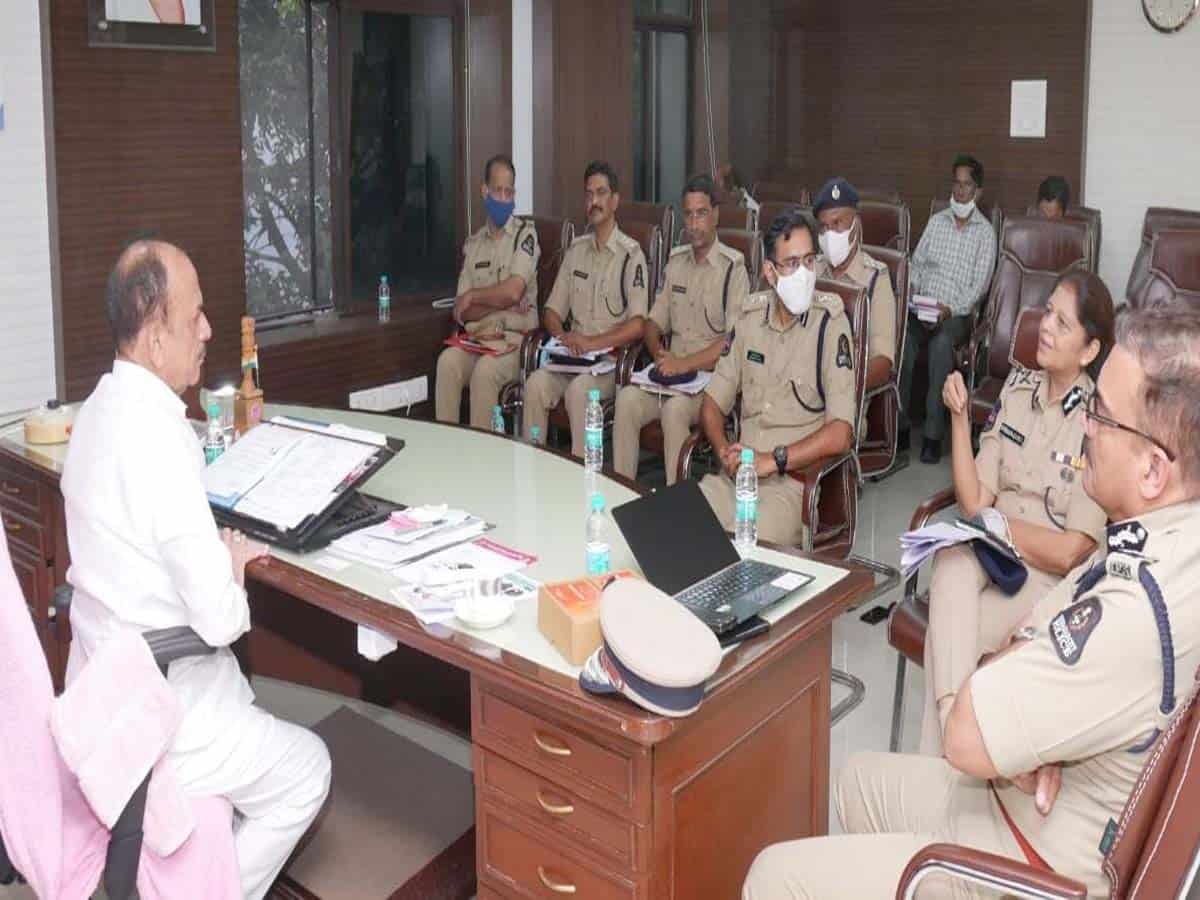 Hyderabad: In wake of a series of murders in the old city area of Hyderabad, the state Home Minister Mohammad Mahmood Ali on Thursday convened a meeting with senior police officials at his Lakdikapul office. He took a stock of law and order situation of old city.

A businessman was brutally murdered at Hashamabad under Chandrayangutta police station Limits on Wednesday.

The Home Minister enquired about the details of the murder incident other cases of murders that took place in South Zone in old city.

Mahmood Ali instructed the Commissioner Police Hyderabad to take all possible measures for prevention of heinous crimes like murders and to conduct regular checks and Cordon Searches operations across the old city.

The street food business shall also be stopped after midnight and a strict vigil and close watch on suspects is needed.