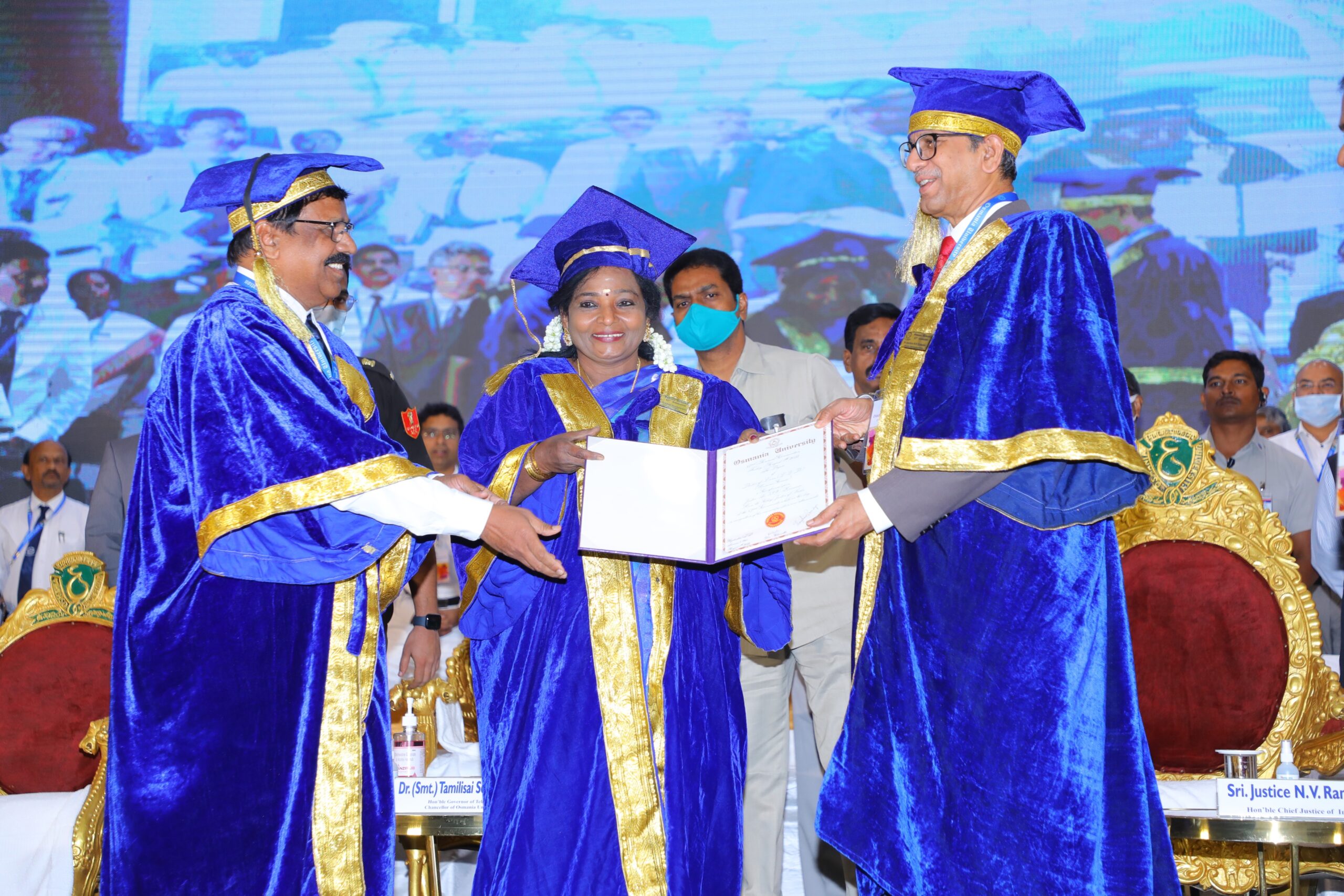 Hyderabad: Driven by the winds of globalisation, people are moving towards a global culture which is emerging as a threat to local cultural symbols and identities, even as social media, television and pop culture glamourise a particular way of life that the people are sadly “blindly aping”, Chief Justice of India (CJI) N V Ramana said on Friday, at Osmania University.

Speaking at the 82nd convocation of Osmania University here, CJI Ramana also said it is high time for all institutions to introduce a subject on the basic ideas about the Constitution and governance, irrespective of the stream of learning. The ideas of the Constitution need to be simplified for everyone’s understanding and empowerment.

“With rapid globalisation and massive developments in science and technology, several cultures and identities are interacting with each other with increased frequency. Driven by the winds of globalisation, we are moving towards a global culture. As this global culture engulfs the world, the need for sustaining diversity assumes great significance,” said Justice Ramana.

“The global culture is emerging as a threat to local cultural symbols and identities. The social media, television and pop culture glamourise a particular way of life and sadly we are blindly aping the same,” CJI Ramana added.

Stating that his observations should not be taken as criticism of globalization per se, CJI Ramana said the prevalent issues definitely prove that something has gone wrong with the present model of globalisation.

“Although we have made significant achievements, our societies are becoming increasingly divided over access to wealth and resources,” he further said.

Quoting the 2021 UNESCO World Report of Languages, CJI Ramana said half of the approximately 7,000 languages spoken in the world today could disappear by the end of the century and with loss of each language, people are not only losing considerable literature and folklore, but also losing wisdom inherited through generations.

The march of globalisation has significant impact on genetic diversity as well and as a result the rapid loss of crop varieties, wild species and indigenous livestock are being witnessed, Ramana said.

As the market is driven by demands of the global economy, more and more farmers are moving beyond indigenous crops for short-term gains and this change in cropping pattern is altering the character of soils, thereby reducing its capacity to support biodiversity.

“Another aspect of globalisation is its impact on local handicrafts and artisans. With global brands flooding the markets, with mass produced designs and products, the local artisans are pushed to the corner,” he opined.

According to Ramana, true education is what nurtures true impulses and independent thinking. Instead of being prisoners of the status quo, the youth need to dive deep and bring transformation from within. “You cannot change the world with mere high principles and morals. You need to act,” he said.

Stating that honouring plurality is another aspect that is key to the sustenance of democracy, Ramana said, instead of fostering the feeling of “othering”, education should lead a country where the people can nurture diversity.

CJI Ramana who was conferred Honoris Causa doctorate by Osmania University recalled his memories with the varsity during his student days though he did not study in the institution.

The CJI Ramana said that Osmania University is one of those institutions where political participation and scholarly pursuits went hand-in-hand and it has produced one of the most remarkable prime ministers and statesmen of modern India in the form of P V Narasimha Rao.