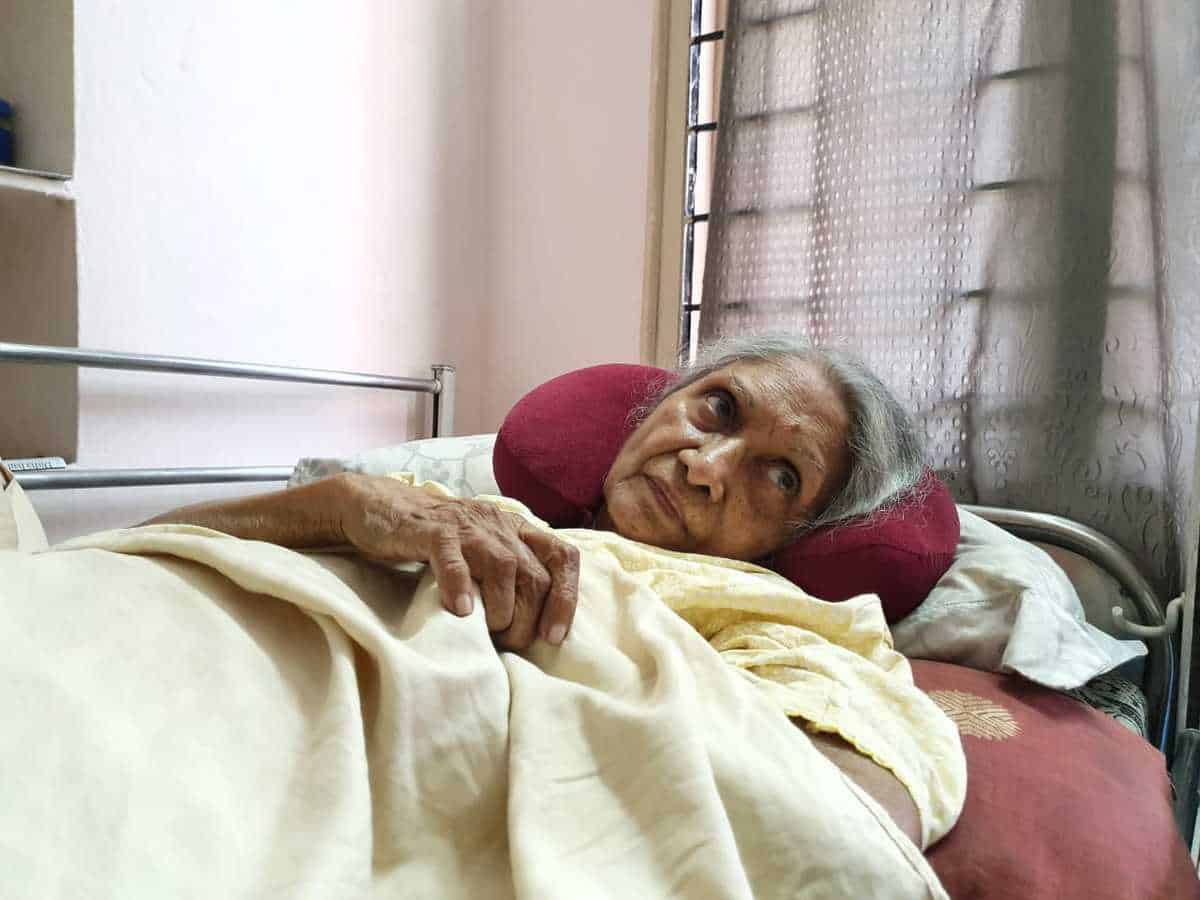 Hyderabad: A conservative society is every woman’s nightmare, and it was no different for renowned artist Fatima Ahmed (86) who decided to leave her native city of Hyderabad about five decades ago and moved to Bombay. While she did face hardships, the artist-writer built her career in the city of dreams, never looking back at her family or the city where she born.

“I have absolutely no regrets about my life and my decisions. I was never interested in marriage, so I never got married,” says Fatima, reminiscing about her life. At 86, the artist is currently living in an old age home in Hyderabad. A stroke in 2017 left her paralysed partially. However, that is not what this story is about. Fatima’s life story is one of those that perhaps will serve us as a reminder of how free life can be, if one is brave enough to unshackle societal burden, or escape from.

Right after college, the artist, whose work has been on display in several places across India, Fatima decided to leave her home town and move to Bombay. There is no telling how her life would have been, had she not left Hyderabad. “My parents had both passed away, and my sisters were also much older, all married. I didn’t want that, so I decided to leave,” recalls Fatima, who only visited her native city once after moving.

Her work as an artist speaks for itself, given that she found recognition and work early in her career at Pune. Fatima is someone who everyone will love to talk about due to her achievements, but will never be a woman who most parents would ask their daughters to emulate. Why? Because she simply chose to follow her own path. A young woman deciding to not marry, and pursuing her own path, especially that as an artist, would have been inconceivable in the 1950s.

Her paintings also depict what she feels. Her art, for example has featured women who look delicate, but at the same time also exude power or strength.

But not only did Fatima leave, she did what she set out to do. It would be hard to imagine that, given Hyderabad is still a conservative society where families collectively tell their youth, especially women, what to do. Freedom, as they say, is relative. Even today, many girls, or young women, are still not allowed to step out of their homes. Some of them often don’t even get to choose what they want to study, while others desperately study to simply avoid even getting married.

And Fatima Ahmed wanted none of that. She would not let society get in the way of her hopes and dreams. A student of Hyderabad’s College of Fine Arts, the writer also had to face difficult odds, given that her course was not something that many considered one that much scope.

Much like today, Fatima also faced derision in a way. But if talented people gave up and listened to society, then this world would never witness the many marvels it has. And the 86-year-old’s work also shows. Between 1967 to 2006, Fatima’s paintings were exhibited across art galleries in Bombay, Delhi, Hong Kong, London, Mauritius and other places. “I lived in London also for some time, and even in Paris for two months. It is one of my favourite places,” she reminisced.

More importantly, in Bombay, Fatima Ahmed also spent time with famed writers like Ismat Chugtai and Ali Sardar Jafri. “In fact, I had translated Ismat Chugtai’s work into English. It was difficult as her Urdu was different from ours, given that she was from UP. But I did it eventually,” recalls Fatima Ahmed, with a smile. The artist’s life is symbolic of the patriarchy that gnarls at a woman’s freedom, the moment someone goes against the norm.

She penned In Haleem’s Words, which is essentially her life story; about how as a young woman she chose to rebel, and live life on her own terms. It may be noted that Fatima’s father was in fact well-off: he was a district collector in the erstwhile state of Hyderabad during the time of its last Nizam Mir Osman Ali Khan (1911-1948).

Call for help – What you can do

At 86 today, Fatima Ahmed is in need of financial assistance, given that her savings are being used to pay her medical bills. The artist is looking to sell some of her works, which are with her dealer in Mumbai. Those among our readers who are interested in helping her can reach out to [email protected], or can even directly contribute to her account. Details: