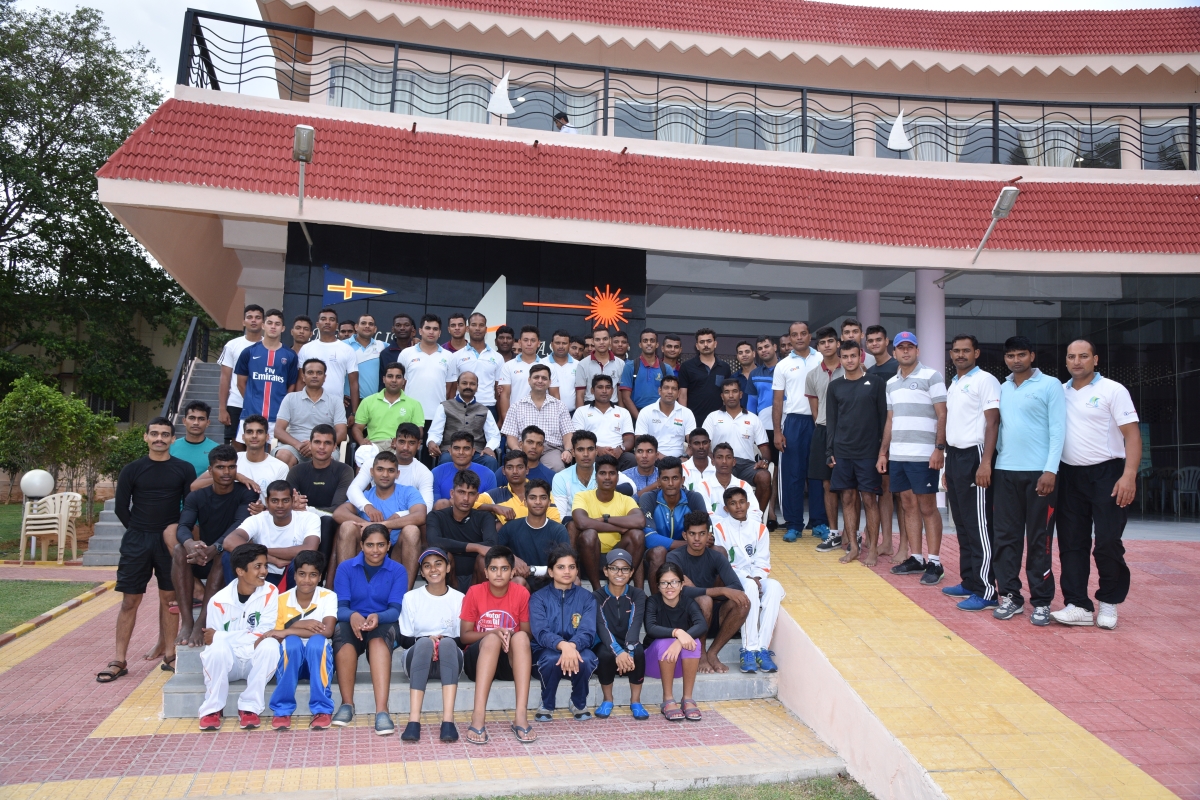 By A. Joseph Antony

From its fledgling steps in the swinging sixties, the EME Ssailing Association in Hyderabad grew with such confidence that by the mid-80s it became the Laser class’ custodian in the country, forming the Laser Class Association of India (LCAI) in 1985.

Helmed in three rigs, viz; Standard, Radial and 4.7, with variations in the size of its sails, the boat attracts children/teenagers in 4.7, youth in the Radial and full grown men in the Standard. Worldwide, it’s the largest class going by sheer numbers and is most keenly contested in the Olympics.

“The 1980s saw phenomenal growth of sailing,” said Major General I.S. Kahai (Retd.). An able administrator, astute sailor and an articulate spokesman, he was witness to the changes that swept the sport, if not in lending a helping hand. So much so that he even penned his observations in a journal on ‘Sailing etiquette.’

In 1991, Rajaram and Jadeja took part in the Enterprise World championship in Mumbai, the latter clinching gold in 1999. EMESA also promoted OK Dinghy, a single hander class, even manufacturing them through the EME Rehabilitation Cell. The first two boats thus made were named Bernadette and Kumudini after the wives of Lt. Gen. M.M.L. Chhabra, DEME and Brig. Nagabhushan, Commandant, MCEME.

Ten more were made under Basith’s supervision and his team comprising Manohar, Jaggi and Noronha, which were sailed during the 1982 Asiad. The same team was part of the organising committee that conducted the sailing event of the quadrennial games. In 1986, Jagdish Singh became National champion in the new class as did S. Khanna emerge the joint winner three years later.

The Corps of EME then set up the Laser Class Association of India (LCAI) in 1985. In the following year began the Hyderabad Sailing Week, the virtual inland National championship. It was organised by the EMESA along with the Secunderabad Sailing Club, backed by the Andhra Pradesh and subsequently the Telangana governments. The inaugural championship was won by Rajaram.

“Initially perceived as a ‘rich man’s sport’ like golf, only officers in the armed forces took to sailing. With the infrastructure in place, the EMESA threw it open to the ranks in the mid 80s. The move bore fruit soon sure enough with the emergence of sailors such as Rajesh Choudhary, B.K. Rout, P. Madhu, D.P. Selvam and Purushottam Sharma,” said Lt. Col. Jaggi.

Choudhary, besides ruling the sport in the country mostly unchallenged, went on to win two bronze medals in the Asian Games. His successor and staunch follower Rout clinched the crown in the Laser Standard and Radial categories. In international competitions, although severely hampered by a back injury, the Odiya lad claimed the Sail the Gulf regatta bronze in 2010 and in the same year, the silver in the President’s Cup at Istanbul, Turkey.

Satish Kumar Kanwar, Anil Das and Shaji D struck gold in the 2010 Seabird Nationals. In more recent times, Mohit Saini recorded a handsome win in the 2019 Abu Dhabi Open Regatta to claim the Laser Standard crown in a field that had sailors from distant Canada as well.

In just over a decade, EMESA conducted two major international events at the historic lake in the heart of the Twin Cities under the guidance of Lt. Gen. Manmohan Singh, Commodore, EMESA. The trio of T. Jayaraman, Jaggi and late C.S. Pradipak organized the International Laser Regatta in 1990, followed by the Asia Pacific Laser Regatta in 2001. The timely arrival of 15 Laser boats from Japan proved pivotal. For his yeoman services to the cause of sailing, Jaggi was awarded the Admiral Kohli Trophy by YAI in 1991.

Pride in the past

Much pride is taken in the past. The picture-postcard pretty club-house, inaugurated during the tenure of K.S. Saini as Secretary, may be of recent origin but the ‘wall of fame’ showcases achievement over half a century with stunning beauty. A glass enclosure, tastefully lit up with LED illumination, holds the treasury of trophies, cups and citations. Right opposite is the roll of honour, extolling the champion sailors and office-bearers of the EMESA down the years.

French windows on the first floor offer a panoramic view of the historic lake, while the air-conditioned interiors and cushioned sofas provide high comfort levels. A five-speaker JBL sound system ensures the acoustics are top class and is often used for conferences. Shower facilities in the wash rooms, so vital after any foray into the water, are of international quality.

On the ground floor is a well-equipped gym that addresses fitness requirements of the highly demanding sport. Exercise on the ‘hiking’ bench, simulates the actual sailing situation well, where the sailor’s trunk stretches out of the boat and over the water in a bid to stabilize the craft, especially in choppy conditions.

Scientific and systematic training is bound to bear fruit, as testified by the steady intake of sailors from the EMESA into the Army Yachting Node (AYN) in Mumbai, where the sport’s elite are stationed for year-round training. Choudhary, Rout, Israj Ali are just three among many who made the leap from inland to coastal sailing, after becoming eminently qualified to enter the country’s premier sailing institution.