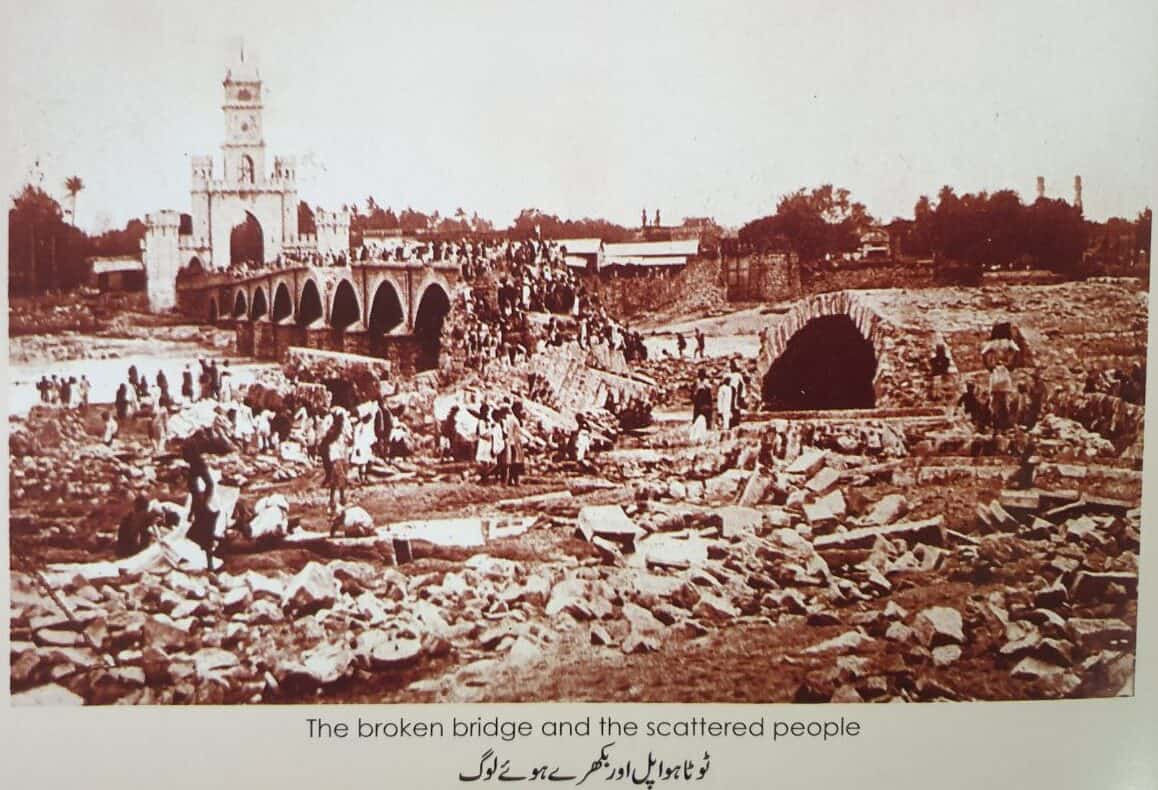 Hyderabad: The city had a déjà vu moment yesterday on September 28, when our entire populace was home, bracing for and anticipating heavy rains, and ensuing floods. The government had even declared a holiday, and everyone was scared. However, the storm passed, as cyclone Gulab changed track.

Had Hyderabad witnessed rains and flooding, it would have coincided with the great Musi river floods of 1908, which began on the same date yesterday. Exactly 113 years ago, the city was ravaged due to what was possibly worst natural calamity recorded in its history. The great Musi river floods not only damaged over 50,000 homes, but also led to the death of over 15,000 people.

The Musi river floods took place during the reign of Mahbub Ali Khan, the sixth Nizam of the erstwhile princely state of Hyderabad (1869-1911). Today, anything over 100 millimetres of rain floods the city, and results in water-logging and what not. But in 1908, the recorded rainfall touched close to a staggering 19 inches of rain. Today there are several markers of the flood level around Hyderabad, showing the heights water had reached in 1908.

How the flood changed Hyderabad

Shamshabad, one of the principal rain-gauge stations in the catchment area of the Musi river recorded 12.8 inches in 24 hours and an unbelievable 18.90 inches in 48 hours. The ensuing floods then were not just the worst in Hyderabad’s recorded history, as it also changed how the city was later developed. The floods actually resulted in the Nizam’s government realising the need to make Hyderabad flood-proof for the future as well.

One of the main reason the 1908 Musi river flood were so devastating was due to several water tanks in and around the city overflowing due to heavy rains on both the northern and southern banks of the Musi river. According to the legendary engineer M. Visweswaraya’s (who was brought on to flood-proof the city) autobiography, there were a total of 788 tanks in the Musi’s basin of 860 square miles.

Out of that 221 were breached due to heavy rains, resulting in the catastrophic floods. Archival images after the September 1908 deluge show pictures of damaged homes, a flooded British Residency (now Koti Women’s College) gate and a broken Afzal Gunj bridge. In fact, the Afzal Gunj hospital, over which Osmania General Hospital was built later, was also damaged extensively during the floods.

After the floods, the then Nizam (6th), Mahbub Ali Pasha, called Visweswaraya as he wanted an engineer to examine and suggest measures to essentially flood-proof Hyderabad. Visveswaray was in Italy in 1908. He eventually joined as a Special Consulting Engineer for the Hyderabad state’s government on April 15, 1909. However, Mahbub Ali Pasha died in 1911, after which his son and the last Nizam Osman Ali Khan took over.

In fact, it was under Osman Ali Khan that Hyderabad’s modernisation accelerated. Moreover, Osman Ali Khan ascension to the throne was also unfortunately marked with epidemic of the bubonic plague which were beginning to surface in Hyderabad. It alerted the city’s administration, which rose up to the occasion.

The Hyderabad government under Osman Ali Khan, in its effort to modernise and flood-proof Hyderabad, changed the very foundation of the city’s infrastructure, perhaps in a fundamental way since Hyderabad was founded by Mohammed Quli Qutb Shah in 1591. The last Nizam set up the City Improvement Board (CIB) in 1912, which eventually transformed Hyderabad.

Visweswaraya, after carefully studying the situation after the Musi river foods through extensive surveys stated that the calamity transpired as many water tanks in Hyderabad had been breached. For Hyderabad to be immune from the Musi River’s flooding, he suggested storage reservoirs to be built for “temporarily impounding all floods in excess of what the river channel could carry”.

Osman Sagar has 15 gates. while Himayat Sagar has 17 gates, which are lifted, allowing water to be released into the river only when the reservoirs are full during heavy rains. When water is released from both dams into the Musi river, it comes alive. Otherwise, unfortunately, today it has more or less been turned into a sewer thanks to state governments.

Improving Hyderabad through CIB after the 1908 floods

Apart from constructing the two lakes, Osman Ali Khan and the CIB also pretty much changed how Hyderabad’s civic infrastructure was. Realising that there was a need to majorly overhaul the system, the city witnessed a great transformation in a matter of few decades all thanks to the CIB.

The Osmania General Hospital, High Court, Pathargatti market, Moazzam Jahi market, Kachiguda railway station, Unani Hospital etc are some of the city’s modern buildings that were constructed to modernise Hyderabad. During the time of Osman Ali Khan, the erstwhile state of Hyderabad had 16 districts: 8 in Telangana, 5 in Maharashtra and 3 in Karnataka. Most of the state’s revenues came from farming taxes and levies.

With the CIB, Rs.30 lakh was spent in constructing 2,500 houses in 12 localities. In fact, the newly-constructed homes, which were given to people on a hire-purchase system over 15 years, were designed with toilets, verandas and kitchens keeping sanitation and hygiene in mind. Out of nearly Rs. 51 lakh that was spent to develop Hyderabad, Rs.14.35 lakh was used for slum clearance, constructing and improving traffic roads, constructing drains, and other miscellaneous works, according to CIB documents from the Hyderabad state.

Through its work to develop Hyderabad, the erstwhile princely state under a monarch possibly has lessons to the teach to current governments. If there is a will to build and develop a city, it can be done if the ruling dispensation really wants it.