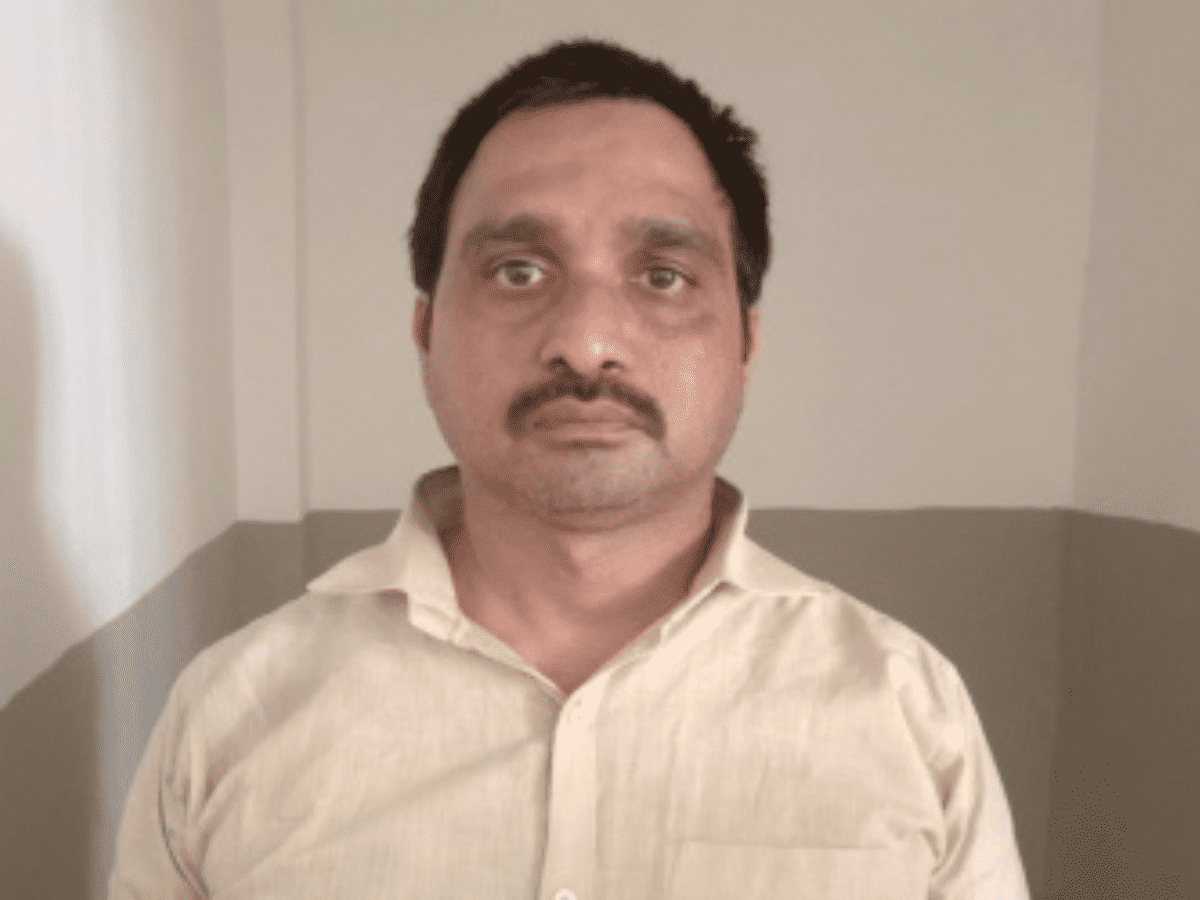 Hyderabad: Missing case of a woman devotee who had gone to a temple turned out to be a murder for gain committed by none other than the temple’s priest.

Police late on Friday arrested priest of Siddi Vinayaka Temple at Vishnupur Colony in Malkajgiri for murdering the woman with an iron rod and robbing her gold ornaments.

With the arrest of Anumula Murali Krishna, Rachakonda police solved the mysterious case of death of a 56-year-old woman Gorthi Uma Devi.

Uma Devi, a regular visitor to the temple, did not return home after visiting the temple on the evening of April 18.

As she did not return home, her husband GVN Murthy, a retired employee went to the temple and enquired with the priest who informed him that she had come to the temple but already left the place.

Murthy, however, found the footwear of his wife at the temple and waited there for sometime thinking that she might have gone to some nearby place. After waiting in vain, he approached the police.

A missing case was registered at Malkajgiri police station under Rachakonda police commissionerate.

The police found the body of the woman on the rear side of the temple on April 21 and launched a probe, which finally led to the arrest of the 42-year-old priest.

A native of Prakasam district in Andhra Pradesh, he has been working as the priest at the temple for the last few years.

As Uma Devi used to come regularly to the temple, the priest had his eyes on the gold ornaments she used to wear. He hatched a plan to kill her and rob her ornaments.

Accordingly, when Uma Devi came to the temple around 7 p.m. on April 18, the priest took advantage of the situation as no one else was there in the temple.

Police Commissioner Mahesh Bhagwath said the priest brutally murdered the woman by repeatedly hitting her on her head with an iron rod.

Once he was sure of the victim’s death, he dumped her body in a plastic drum, closed it with a cap and cleaned the floor. Later, he robbed the gold ornaments the woman was wearing.

He sold the gold ornaments weighing about 10 tolas at a jewelry shop in the same area.

Later, the accused tried to dispose of the body by taking it to an isolated place in a trolley but could not meet with success as the locals and police officials were in search of the deceased.

As a foul smell started emanating from the drum after two days, he went to the temple in the wee hours of April 21, rolled the drum containing the body and dumped the body in the thorny bushes existing in between the railway track and rear side of the temple.

“The priest brought the empty drum into the temple, cleaned it and kept it in its place. As the foul smell was still emanating, he again cleaned it and lit the incense sticks,” a police officer said.

By Friday evening, the police cracked the case with the arrest of the accused, who confessed to the crime. Police also recovered the ornaments the priest had sold to Maa Bhavani Jewelers and arrested the shop owner Joshi Nanda Kishore.

The police also reconstructed the crime scene and recovered the iron rod used by the priest to attack and kill the devotee.