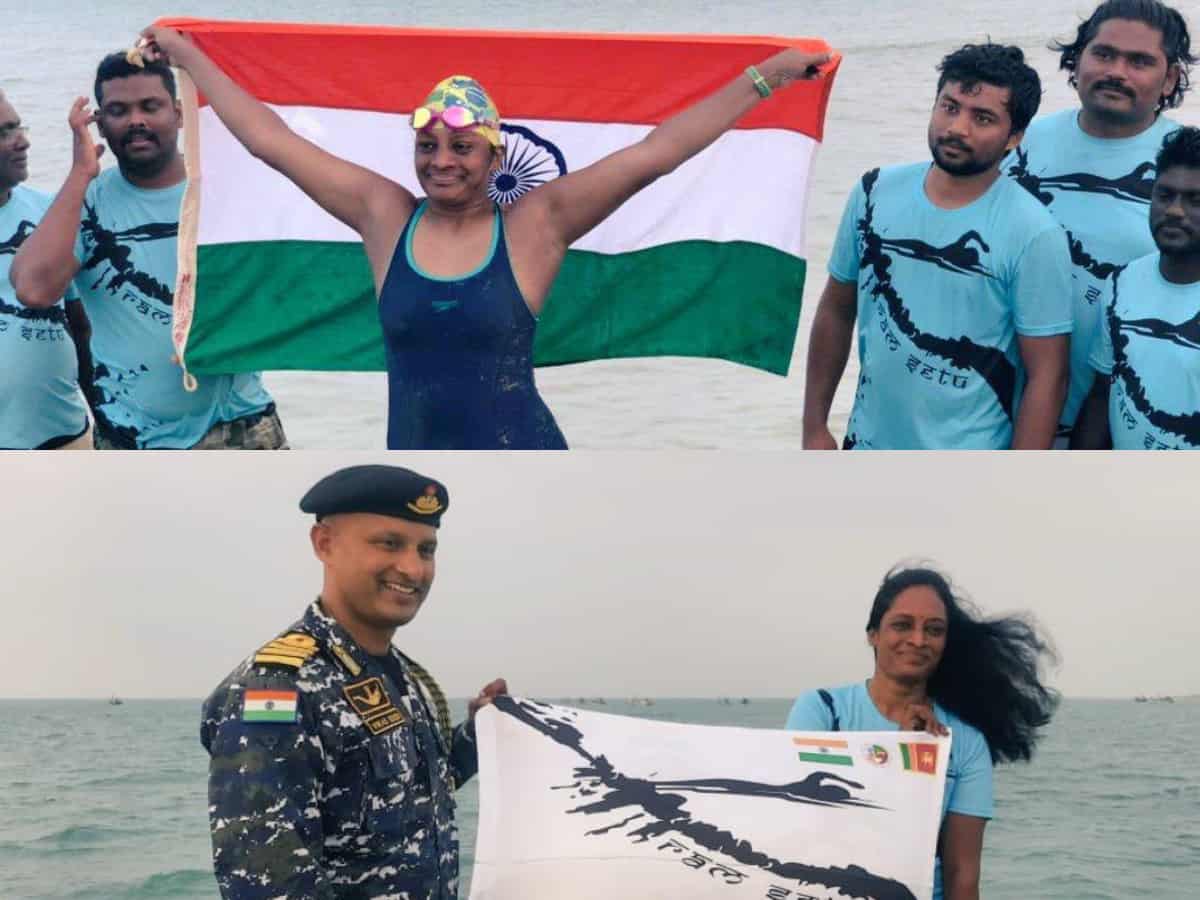 Hyderabad; The famous Palk Strait that separates India and Sri Lanka, saw a record of sorts on Friday as Hyderabad-based entrepreneur Goli Syamala swam the 30km stretch in under 14 hours, making it to the record books as only the second Indian woman behind Bula Choudhury to achieve the feat.

Syamala embarked on her mission from Sri Lanka at 4.15 am on Friday morning, and reached the Indian shores 13 hours and 43 seconds later, at Dhanushkodi in Tamil Nadu. Choudhury did it in 2004.

The 46-year-old Syamala, who took up swimming seriously only a few years ago, has earlier participated in major swimming events like the National Open Water Ganga River Swimming Competition in which she completed a distance of 13 km in one hour and 50 minutes.

Speaking to IANS over phone, en route to Rameswaram, Syamala expressed her joy at achieving the milestone.

For her Palk Strait mission, Syamala had undergone training at the Sports Authority of Telangana State swimming pool at Gachibowli.