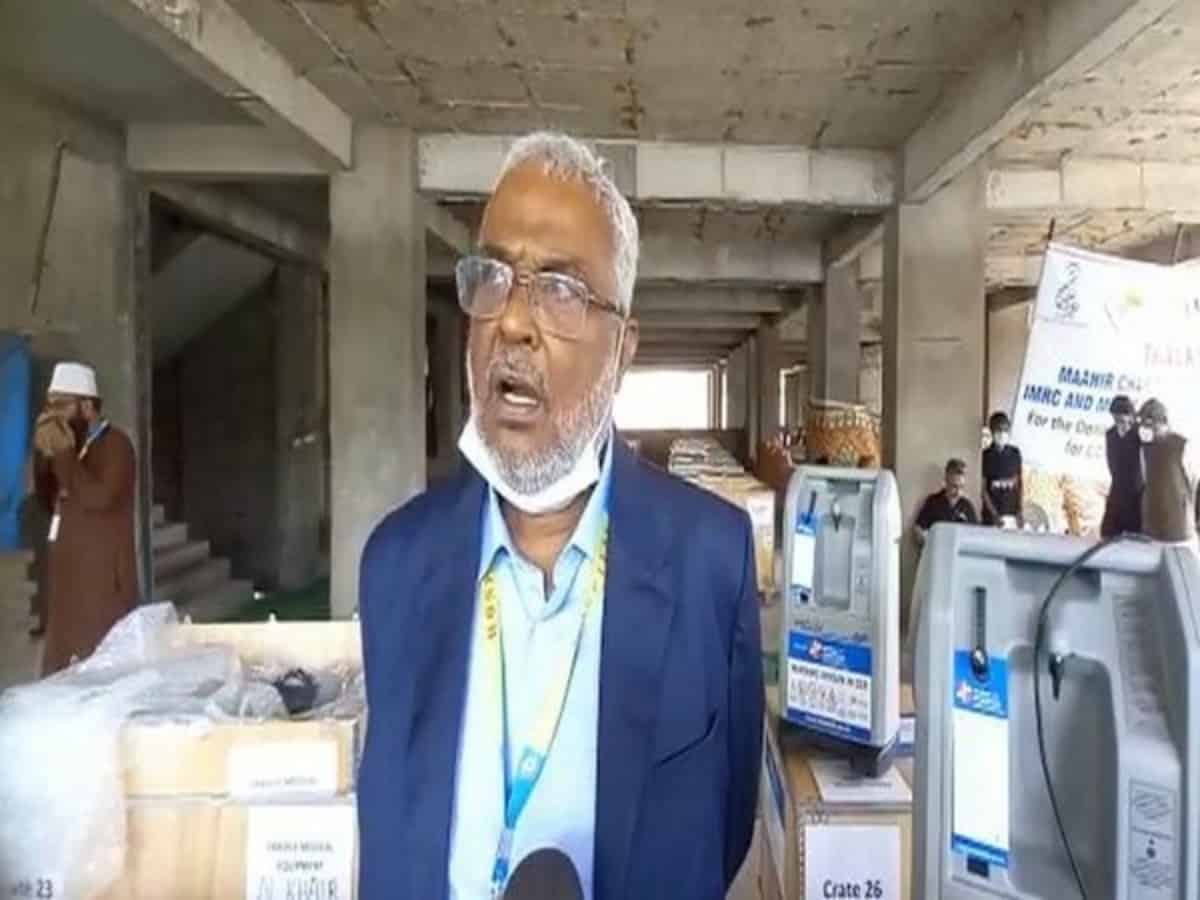 Hyderabad : Sahayata Trust, a Hyderabad-based NGO on Saturday, formally began the distribution of over 400 oxygen concentrators and COVID-19-relief apparatus as the first consignment of 170 devices arrived in Hyderabad from the United Kingdom. It is the world’s largest donation of Oxygen concentrators to any country.

The second consignment of 270 concentrators is scheduled to arrive next week. Since international flights are grounded between two countries, the consignment arrived on a special flight of Qatar Airways on May 22.
These concentrators will be distributed by Sahayata Trust to different healthcare organizations in Telangana and other states.

According to Sahayata Trust CEO Syed Aneesuddin, “The relief effort will add oxygen to the efforts of NGOs scrambling to procure oxygen to save as many lives they can.” There are nearly 22 different organizations including Access Foundation, Safa Baitul Maal, SDIF. He thanked the IMRC, USA.

The devices will be allocated on as per-need basis to different NGOs across Hyderabad, Lucknow, Allahabad, Delhi, Ranchi, Bhopal, and other cities.

For the first time, different NGOs across international borders joined hands for the noble cause at a time when several lives are being lost across India due to a shortage of Oxygen cylinders and oxygen concentrators during the second wave of Covid-19.

The arrival of oxygen concentrators in India is a meticulously coordinated relief effort by UK-based charities managed by the Indian diaspora including Maahir Charity (UK), Deccan Medical College Alumni Association (UK), and Medical Aid (UK) in coordination with IMRC, USA, the parent body of Sahayata Trust.

Noted development economist Prof Amirullah Khan, who is the coordinator for NGO network of Sahayata Trust said, “This is the world’s largest donation of Oxygen concentrators to any NGO from a different country.”

“These are high-quality oxygen concentrators with the dual outflow of Oxygen enabling two patients to use the same machine at a time. We are training people to use the device using the device manuals received from England. This is a daunting task to coordinate the allocation as well as train and equip the personnel to handle the device in a very short time, especially since every passing minute increases the danger of loss of life for people struggling to find oxygen support.”

Statistically, the demand-supply gap is huge. India needs about one lakh (one hundred thousand) oxygen concentrators.

“The government has been able to import only 1,000 from the USA, which means there is a deficit of 99 per cent. In such hard times, the import of 400 units is a small but significant effort in saving more lives,” said the former civil servant Prof. Amirullah Khan.

He also thanked the State and Central government for waiving the import duty on the equipment, particularly the Chief Secretary Somesh Kumar for taking up the matter on an urgent basis and Commissioner Commercial Taxes Neetu Prasad (IAS) who went out of the way working late at night to grant ‘real-time approval’, one of the fastest in recent history. Due to her personal interest in expediting the process, the consignment was ready for pick up within three hours after the arrival.

The second consignment of 230 concentrators is scheduled to arrive in the country next week.
Sahayata Trust works with a dedicated team, visionary leadership, and volunteers across India to bring socio-economic development to the nation. It aids and supports those in need of basic necessities such as food, healthcare and education, emergency and disaster relief, rural education, food relief programs, among others.