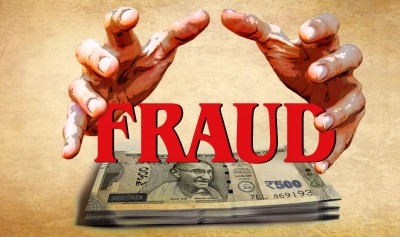 Hyderabad: Four scamsters were arrested by the Kachiguda police on Tuesday for their involvement in a case of ‘attention diversion’. After their arrest, Rs 20 lakh was seized from their possession. The police is on the lookout for the other two absconding in the case.

According to the police, the four accused were nabbed after a complaint was filed with the police by Mohd. Abdul Afroz, who said that he cheated of Rs 38.5 lakhs while attempting to purchase gold at a lower price.

Afroz was informed of the scheme through a Facebook post and contacted the accused to buy gold at a cheaper price. The accused met with him after two weeks of continuous persuasion. Afroz was asked to follow some protocol for the purchase and go bring Rs 42 lakh to for one kilogram of gold.

During the purchase, the accused counted cash of Rs 42 lakhs and placed it in their briefcase and then distracted the victim by indulging him in a conversation of providing him the gold at a discount of Rs 3.5 lakhs. An accomplice, who is another accused in case, exchanged the briefcase with cash for another similar-looking one.

The accused allegedly excused themselves saying that they forgot the key of the briefcase with the gold inside and took the bag of money along to return later.

Some of the accused were allegedly cheated by others in fake currency/toy currency, treasure trove cases earlier, and resorted to cheating people to recover from the financial losses incurred. The accused were reportedly involved in many other cases including a case of illegal logging, extortion etc.