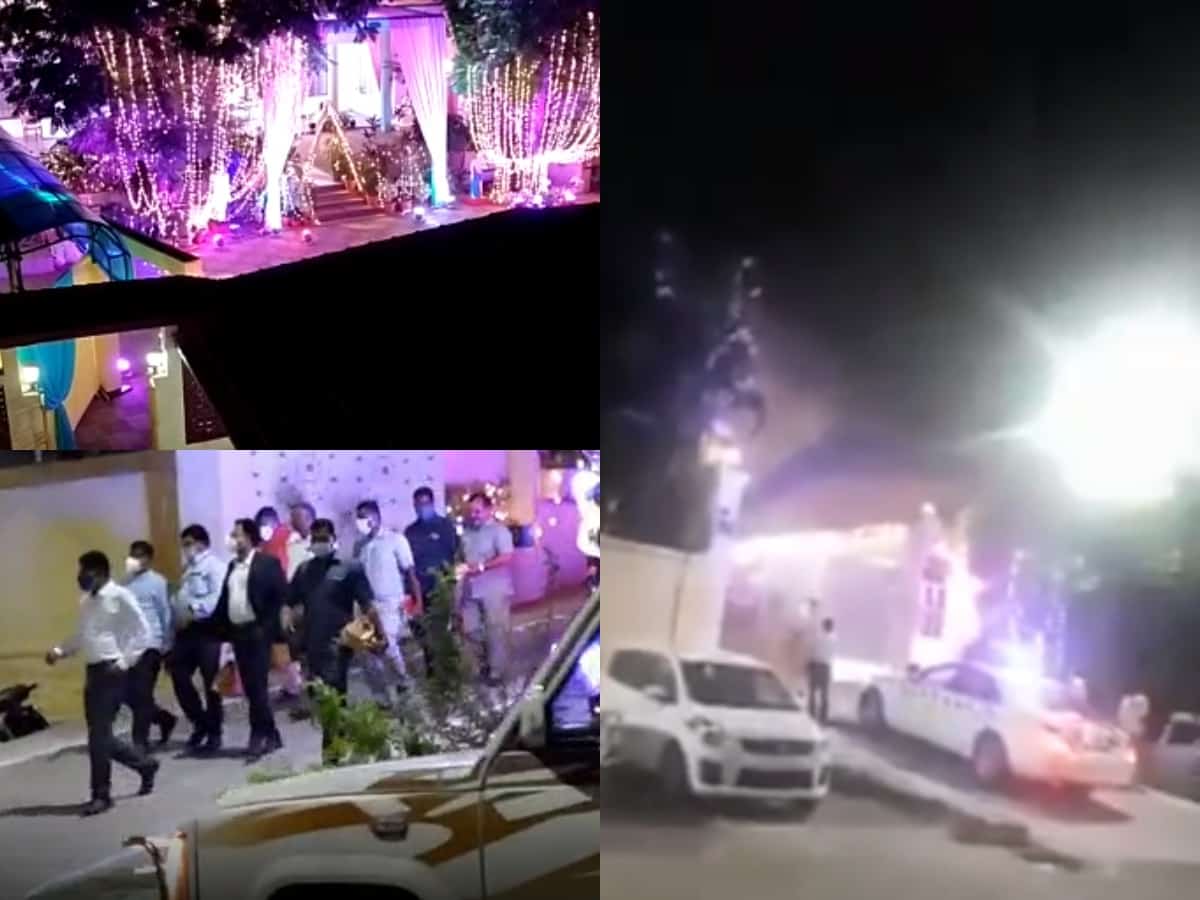 Hyderabad: Senior IPS officer serving in Telangana landed in the soup this week after allegations of him performing son’s wedding, violating lockdown restrictions, were widely shared.

Rajiv Trivedi, the Director General of Police for Prisons, performed his son’s wedding on Monday evening at a venue in Chandulal Baradari in Hyderabad’s old city. The wedding raised eyebrows as it was only held during lockdown, when several restrictions were in place, but also because of allegations that several top officials in the state had allegedly attended.

Besides, the event took place in grand manner with an orchestra, a band and fire-crackers. It continued until late hours that evening, several reports mentioned.

Several videos from outside the venue have been circulating on social media which captured the firecrackers, several guests and the personal staff and security at the wedding venue.

Majlis Bachao Tehreek (MBT) official spokesperson Amjed Ullah Khan had shared a few videos from the event as well. In a report by The News Minute, Khan said that when he heard about the wedding, he tried reaching out to officials from the Kamatipura police station but they did not respond to his calls.

“Isn’t the law the same for one and all?” he had questioned.

Meanwhile, the Kamatipura police said they have not booked any case regarding the violation of lockdown rules. “We are looking into the issue and will proceed accordingly,” said G. Rambabu, the Cl of Kamatipura police station, as quoted by News Meter.

However, even as the pictures and videos create huge furore on social media, Rajiv Trivedi denied charges. “The norms in the GO were not violated. The allegations mentioned are incorrect,” said Trivedi, as quoted by TNM in a report.

He went on to say that only five members of his family attended the wedding and that the majority of those present, including the bride and the groom, had two doses of vaccination much earlier.

Trivedi also said that he had also performed the wedding of his elder son two days earlier, but no allegations were made regarding that.

However, when local media had asked DGP Mahender Reddy about this wedding and if he was present, he had suddenly evaded the question and walked away without responding.