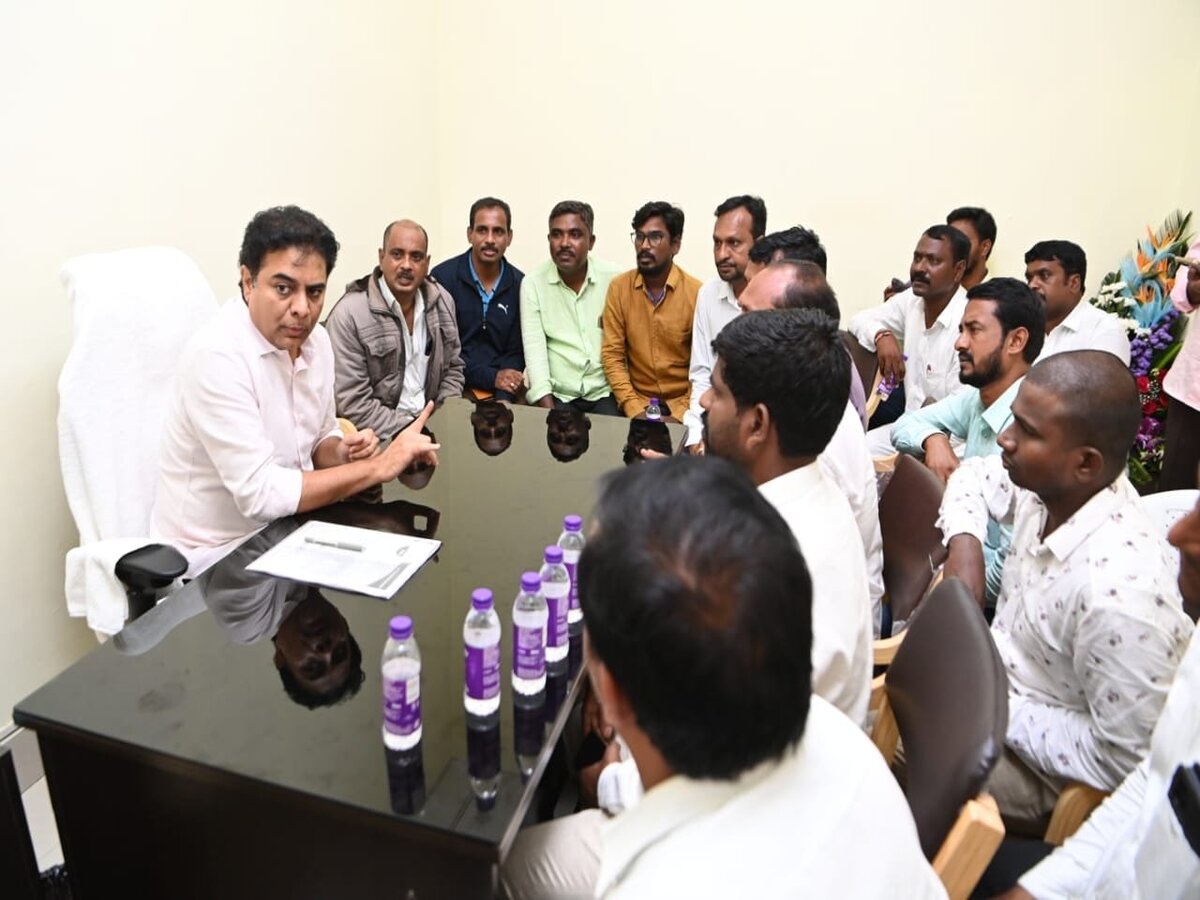 Hyderabad: Thousands of village revenue assistants (VRAs) protested in front of the Legislative Assembly here, demanding the implementation of a new pay scale as listed in the New Revenue Act introduced by the Telangana government in 2020. For nearly two months, VRAs have been protesting in the hope that the new pay scale would be implemented.

Tuesday’s protest witnessed the VRAs outnumbering police officials to a point where the officials resorted to lathi-charge.

In 2020, the government abolished the village revenue officer (VRO) system and introduced the Act to address land-related problems and curb corruption. The chief minister had assured the regularisation of jobs and a hike in their salaries (currently a VRA gets a monthly honorarium of Rs 10,500).

“Around 40 VRAs across the state have died,” remarks Sirisha Reddy, a village revenue assistant from Atmakur village in Hanamkonda district who was a part of Tuesday’s “Chalo Assembly” protest.

“Of the existing 23 thousand VRAs, around six thousand are women. We don’t have maternity leave schemes. Even the bus fare has risen thrice since I started my job. I am unable to educate my children the way I wish to do so,” she lamented.

Sirisha also mentioned that most VRAs have been struggling with debt and ailing from ill health. “The rate of suicides among VRAs has also risen drastically owing to poor salaries and delayed payment,” she added.

Adding to Sirisha’s account, V Ramulu, a VRA employed in Khammam district said, “VRAs take care of all the paperwork including the role which was fulfilled by the village revenue officers (VRO). Bhoomi, aatmahatya, school certificate-lu anni meme chuskuntamu.” (We look after everything from land records, death registrations to school certificates.)”

Ramulu also added that 95 percent of the VRAs across Telangana hail from Scheduled Caste (SC), Scheduled Tribe (ST) and Backward Class (BC) communities.

“If the pay scale is implemented, each VRA will get Rs 25,000 which will help deal with day-to-day expenses,” Ramulu added.

In this month alone, reports of three VRAs dying by suicide have come out. Koraboina Ashok, a VRA in Kamareddy district took his life on September 3, a day after his colleague Challa Ramesh also resorted to suicide. On September 11, K Venkateshwarlu, a VRA in Nalgonda district hung himself as a result of financial distress.

Post Venkateshwarlu’s demise, Telangana Pradesh Congress Committee (TPCC) president A Revanth Reddy asked the state government to respond to the pleas of the VRAs who were on strike.

The VRA Join Action Committee (JAC) claimed that the suicides were a result of government negligence in regularising jobs and granting a pay scale over due since two years.

“KTR garu asked for a week’s time to implement the new pay scale,” said Ramulu. “He said that the problem would be solved by September 20.”

Sirisha stated that until their demands were met, all VRAs in Telangana will continue to protest peacefully.