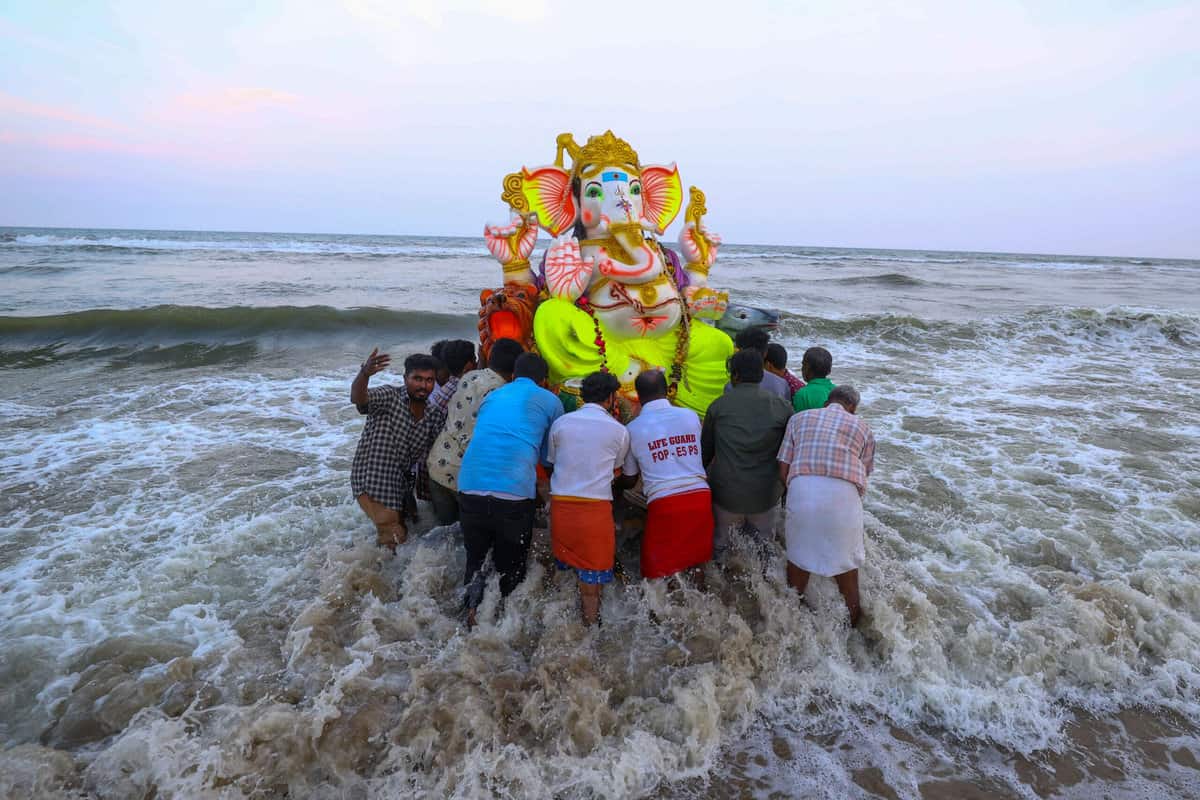 Hyderabad: City mayor Gadwal Vijayalaxmi said that for Ganesh immersion on September 9, around 10,000 sanitation workers, 280 cranes along with 100 swimmers with boats will be employed at all the water bodies in the city.

On Saturday, in a review meeting of Ganesh Immersion, the city Mayor directed the Zonal Commissioners, police, TSSPDCL, HMWS&SB and other departments to make all the needed arrangements for the immersion.

According to the Mayor’s directions, at every 3 to 4 km there should be 25 sanitation employees, and around 14 volunteers will operate each crane for 24 hours in three shifts.

Except all these tree branches are being pruned, tents have been raised and lighting arrangements made.

The Mayor also ordered electricity officials to make sure that there are no low-hanging power cables along the procession route.

A total of 22 temporary artificial ponds, 24 portable ponds and 28 baby ponds have been built for the immersion of small- and medium-sized idols.