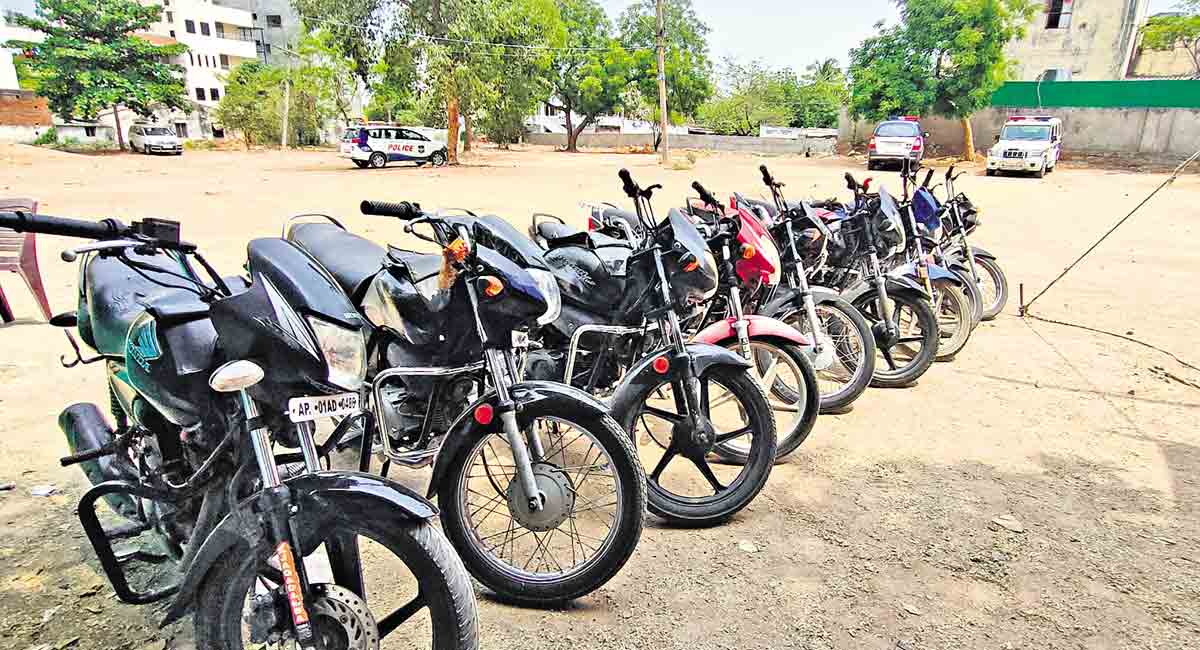 Hyderabad: Two offenders involved in automobile theft were arrested by Ghatkesar police on Tuesday evening and 11 stolen automobiles were recovered from their possession. The accused were identified as Chindam Raju (25) and Chindam Mahesh (26), residents of the Yadadri district.

According to the police, the investigation for three stolen motorcycles was in progress since November 2021 and in a breakthrough, the police apprehended the accused, when found in suspicious circumstances.

The police have booked three cases under IPC section 379 (punishment for theft) and have remanded the accused to judicial custody.