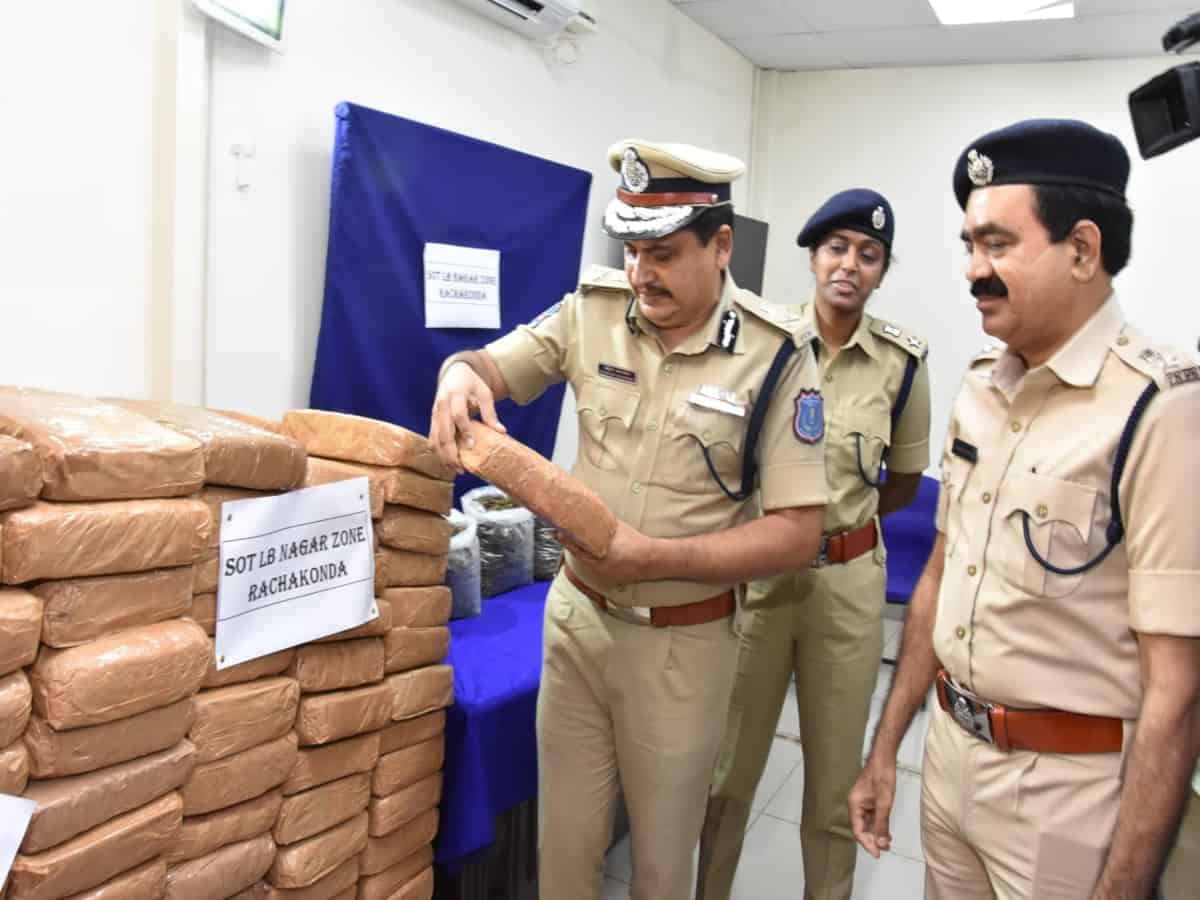 Thanniru Santhosh, 29, Suguru Vasudeva Reddy, 25 and Ponnam Rajeshwar, 24 have been taken into custody while Shaik Yaseen, 32, Chunchu Ravinder, 25 and Manda Manda Madhu, 27 are yet to be found, the police said.

In a press statement, the police stated that 1,240 kilograms of ganja, three cars including an Innova, Tata Ace and Tata Indica, two mobile phones, cash worth Rs 5000, six plastic bags and 50 polythene packing covers were seized from the accused. The total worth of the seized material amounts up to Rs 2.85 crores, the police said.

The police stated that the accused were caught while transporting the ganja from Sileru, Andhra Pradesh to Mumbai, Maharashtra via Bodulppal.