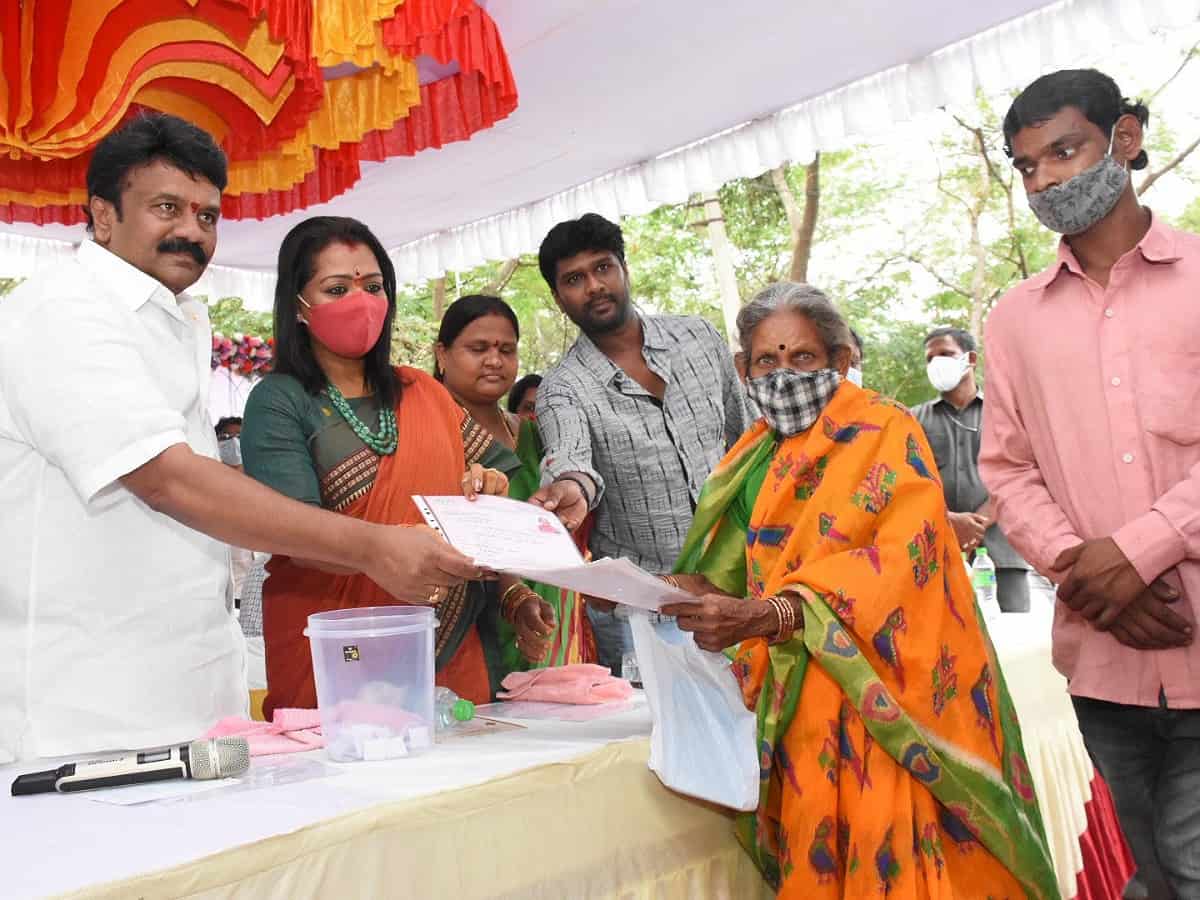 Hyderabad: As many as 162 families on Monday were handed over the keys to their new homes at Potti Sriramulu Nagar, Bansilalpet, under the state government’s 2-bedroom hall kitchen (BHK) housing scheme.

Telangana minister for animal husbandry, Talasani Srinivas Yadav and Greater Hyderabad Municipal Corporation (GHMC) inaugurated a brand-new housing society, which is spread over 0.7 acres and built with a cost of over Rs 14 crore.

The housing society is equipped with CC roads, sewage lines, potable water basins and electricity. The housing association has two lifts and nine shops, which is a common feature on most housing projects handled by the state government.

The TRS government launched the Dignity Housing Programme, to provide shelter to eligible beneficiaries belonging to the Economically Weakest Section (EWS). A total 492 families were handed over the houses, out of the 784 people from the economically weaker sections who will get houses under the government’s flagship housing scheme within the next two weeks.