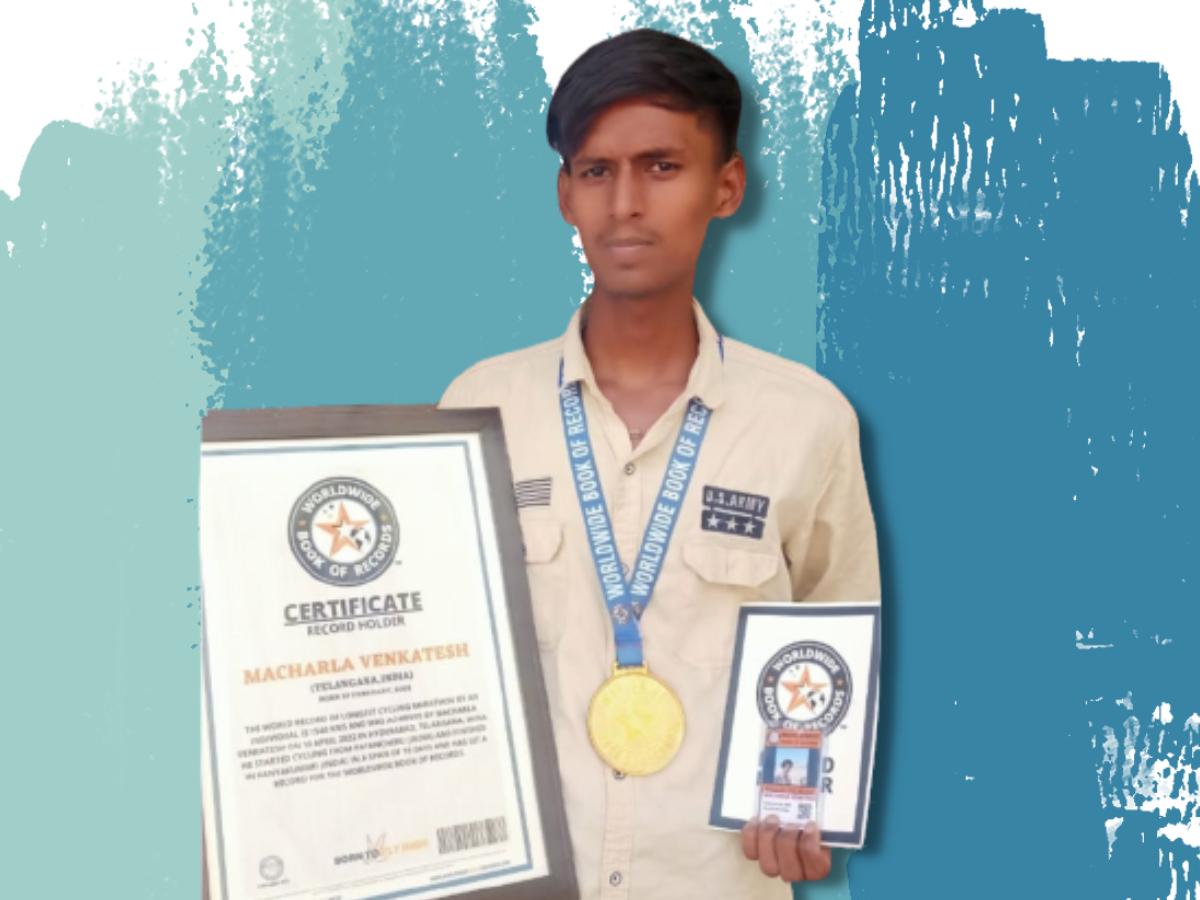 Hyderabad: Macharla Venkatesh, a seventeen-year-old cycling enthusiast from Patancheru in Hyderabad, fulfilled his dream of cycling to Leh in a 26-day expedition.

He left the city on May 23 and arrived on June 17, crossing 11 states on his 2,713-kilometer journey. Venkatesh, a butcher by profession, explained that he had been saving for the trip for four years. “It was an amazing experience that was worth the struggle. I found helpful people during the journey. They provided me with food, money and first aid,” Venkatesh was quoted by Deccan Chronicle.

However, the city teen is not a trained cyclist. To ensure that he could complete the journey, he made an expedition to Kanyakumari a month before leaving for Leh. Venkatesh was inspired by 55-year-old Parimal Kanji of Kolkata, who cycled across the country last year.

Venkatesh stated that he travelled between 75 and 130 kilometres per day, but found it difficult to navigate his way to his destination, which is located at an elevation of over 11,000 feet. He mostly stayed near petrol pumps on his journey, armed with camping gear and a first-aid kit. He rode a geared bicycle while wearing a helmet and hand gloves.

“The view at Leh was breathtaking. Clearwater, snowy mountains and white clouds were the only sights; it was a heavenly experience! I have no words to describe the feeling,” he said.

He dedicated the journey to the memory of his best friend Salim, who died in an accident last year. “Salim bhai and I had planned the adventure together, which could not happen. It was his memories that kept me pushing forward whenever I thought of giving up during the trying moments.”

He also stated that he would like to encourage greener modes of transportation. He said, “We know that the environment is in danger and forests are being chopped off for development. So, I thought I could give a strong message to people to raise awareness about the environment on my trip.”

Venkatesh said he doesn’t want to be a celebrity and instead wants to live a happy, content life every day.