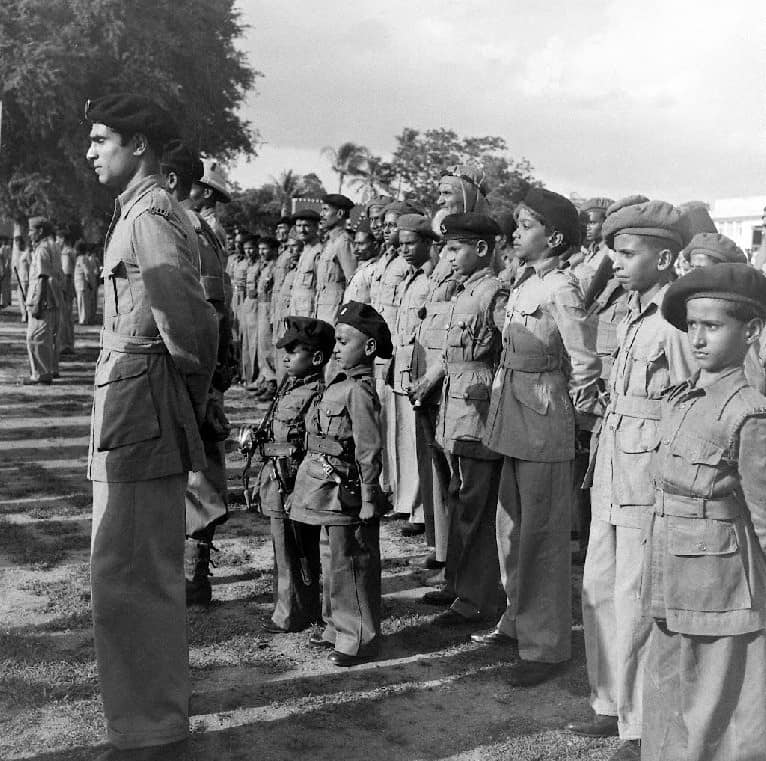 Hyderabad: September of 1948 was a tumultuous month for South Asia. The largest and last remaining princely state of Hyderabad ruled by its last Nizam Mir Osman Ali Khan, ceased to exist on 17th of the month. Thus the largest hurdle in reunification of India was cleared by the Congress-run central government, taking the erstwhile Hyderabad state was annexed or merged with India, putting an end to the feudal Sultanat-e-Asafia.

The move to take over the princely state of Hyderabad was swift, but those with foresight in the Nizam’s administration knew of the inevitable. The main players in September ‘48 were not the Nizam and the Indian Union but the Razakars and the Indian Union. The Nizam, the Hyderabad government headed by its last Prime Minister Mir Laiq Ali and the Hyderabad Army headed by Syed Ahmed El Edroos were non-players in the unfolding act.

A situation arose after the Independence of India in August 1947, when the Indian Union persuaded the 500+ princely states to accede, some diplomatically and some militarily (Junagadh). Hyderabad was the last princely state independently standing by its own, refusing to join Pakistan or accede to India.

These terms of the Standstill Agreement appeared unfair and unjust to Qasim Razvi, a lawyer-turned-politician from Latur in Maharashtra who was now the leader of the Ittehad (Majlis-e-Ittehadul Muslimeen) who took to the streets of Hyderabad with thousands of Razakars (his activists) on 27 October 1947. Razvi managed to stop the Standstill Agreement from being signed by preventing the Hyderabad delegation from leaving for Delhi.

Rizvi felt that the terms of the agreement did not favor Hyderabad  as it did to India. This was a watershed moment in Hyderabad’s history and a landmark of the Nizams’ failing power over his own people. The MIM leader had taken over the organisation in 1946, two years after the death of Bahadur Yar Jung, an ex-president who died under suspicious circumstances.

Qasim Razvi is considered by many of harbouring extremist views, and being one of the reasons behind the issue of Hyderabad’s annexation getting complicated with the central government which had Sardar Patel as its Home Minister. Patel, from the beginning wanted to end the Hyderabad issue quickly, but was persuaded by Jawharlal Nehru to instead go for a dialogue. Razvi’s antics just complicated the situation.

After the Nizam backed-off from signing the Standstill Agreement under pressure from the MIM leadership, a new delegation from Hyderabad proposed a new agreement with India. It essentially said that all agreements and administrative arrangements then existing between the British Crown and the Nizam would continue with the Government of India given that India renounces the terms of paramountcy over Hyderabad.

This new agreement was signed on 29 November 1947 by the Nizam and would remain in force for the period of one year.

The hostilities by the Congress and the Communists (in Telangana, which was part of the state) increased in the bordering districts of Hyderabad State and so did the Razakar violence. Clashes between the raiding parties from across the border and the Razakars resulted in heavy loss of civilian life and property. The violence by the Razakars resulted in the Bombay presidency preventing arms and ammunition supplies to reach Hyderabad State while Delhi had imposed an economic blockade on the state.

Both sides violated the Standstill Agreement by these actions several times, as narrated by different authors who were witnesses then and in the think of things then. One of them was Mohammed Hyder, the last district collector of Osmanabad, who has penned his experiences in the book ‘October Coup’.

Meanwhile, Qasim Rizvi was rallying the Sunni Muslim population across the state to fight for the Hyderabad State independence, while being headquartered at Dar-us-Salam. Rizvi styled himself as a military general, saluting his foot soldiers from the grandstand of his party headquarters, for which he sold all of his property.

Rizvi was an excellent orator with fiery speeches, much like his predecessor Bahadur Yar Jung who was supposedly assassinated in 1944. But Rizvi mobilized the Muslim proletariat across the state on a scale never seen before (estimated 200,000 Razakars). The Razakar motto was heard all over the state, ‘Maadar Hyderabad: Paindabad’ (Mother Hyderabad Be Eternal).

“For them is the abode of peace with their Lord, and He is their guardian for what they used to do”

The Quranic verse written over the center of the pavilion at Darus Salam. Flanked by Iqbal’s poems on both sides.

Qasim Rizvi sent the armed Razakar bands to bordering districts to fight the Congress and Communist ‘raiders’. For context, in Telangana, most of the rural areas were under the control of the Communist Party of India (CPI), which was leading a peasant rebellion against landlords or Jagirdars. It began in 1946, and continued even after Hyderabad’s annexation, until 1951, when the CPI decided to join the mainstream and called-off the rebellion.

A Hyderabad delegation led by Moin Nawaz Jung, the then Finance and External Affairs Minister (also brother-in-law of Laiq Ali) had presented Hyderabad’s case to the United Nations Security Council on 12 September 1948 to prevent the subsequent ‘invasion’ by India. However, the move bore no fruit as by 22 September the Nizam had withdrawn the case from the Security Council after surrendering to the Indian Union.

On 11 September 1948, the newly formed Pakistan was mourning the death of its Quaid-e-Azam Muhammad Ali Jinnah and was in no position to fight a war with India over Hyderabad as they did in Kashmir in ‘47. Sardar Patel knew the time had come for the final nail in Hyderabad State’s coffin.

On 13 September, the Indian Army led by JN Chaudhuri entered Hyderabad territories from three fronts and occupied major cities in the first two days. The Razakars stationed at the border offered token resistance to the battle-hardened Indian Army who had returned from World War 2 just three years ago. The Indian Army was superior in numbers as well as weapon and technology, as the airstrikes by the Indian Air Force cleared the path of Razakars.

Prime Minister Laiq Ali resigned. The Hyderabad government resigned and Major Syed Ahmed El Edroos ordered his soldiers to standby and not engage with the Indian army. On 17 September, the Nizam surrendered Hyderabad to the Indian Union before the Army could attack. Most of the state, barring the capital city of Hyderabad, was tense and going through bouts of violence sporadically.

Hyderabad city was pretty much left unharmed by Operation Polo, the codename of the ‘Police Action’ by the Indian Army against the Hyderabad State. It is very unusual in military takeovers that capital cities are left unscratched.

Despite significant losses of life in the precursor to Operation Polo, violence continued across the State for days. The Sunderlal Committee had reported conservative figures of 27,000 to 40,000 Muslims killed in the duration and aftermath of Operation Polo, and also mentioned that most of the loss of lives had taken place in Razakar strongholds, essentially suggesting that it was a result of anger among the populace due to prior Razakar atrocities.

(The author is an architecture student who researches on Hyderabad’s history, and runs Deccan Archive, a Hyderabad-based Instagram page which documents the city’s and Deccan history)