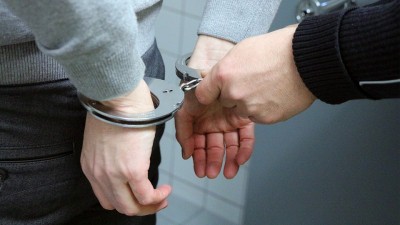 Hyderabad: Two city-based businessmen are the Central Bureau of Investigation’s (CBI) radar for their alleged links to the Pakistan-based IPL 2019 betting racket.

The two businessmen Gurram Satish and Gurram Vasu are residents of L. B Nagar, and along with one Dileep Kumar of New Delhi allegedly influenced the outcome of Indian Premier League (IPL) matches based on inputs received from Pakistan.

The probe agency stated in its First Information Report (FIR) stated that, “reliable information has been received about a network of individuals involved in cricket betting influencing the outcome of Indian Premier League (IPL) matches based on inputs received from Pakistan.  In the garb of betting related to IPL matches, they are cheating the general public by inducing them to bet. For this purpose, they have opened bank accounts (mule accounts) using fake identities and know your customer documents (ID&KYC) in connivance with unknown bank officials. These bank accounts have been opened by submitting forged details such as multiple dates of birth and without due diligence done by the bank officials.”

CBI officials during search operations found that the savings bank accounts opened by Gurram Satish by submitting fake KYC in ICICI bank, Axis bank, State Bank of India. “Cash deposits in his bank accounts are around Rs. 4.55 crore domestic deposits and Rs. 3. 05 lakh foreign deposits, it defies economic rationale as these were opened for normal business purposes. Similarly, in the account of Gurram Vasu, there is a deposit of Rs. 5.37 crore from the financial year 2012 – 2013 & 2019-2020,” the FIR mentioned.

CBI officials further stated that the accounts were opened without proper scrutiny of the bank officials suspecting that the officials are in connivance. “Maximum cash deposited in these accounts are of Pan India nature which further substantiates the allegation of these unusual financial transactions being linked with cricket betting and other criminal activities,” the official added.

According to the CBI officials, around 30 persons from at least four cities Delhi, Hyderabad, Jaipur and Jodhpur are under radar of the agency for their alleged links to the IPL racket.

One more case was booked by the CBI for similar charges against Jodhpur based businessmen.