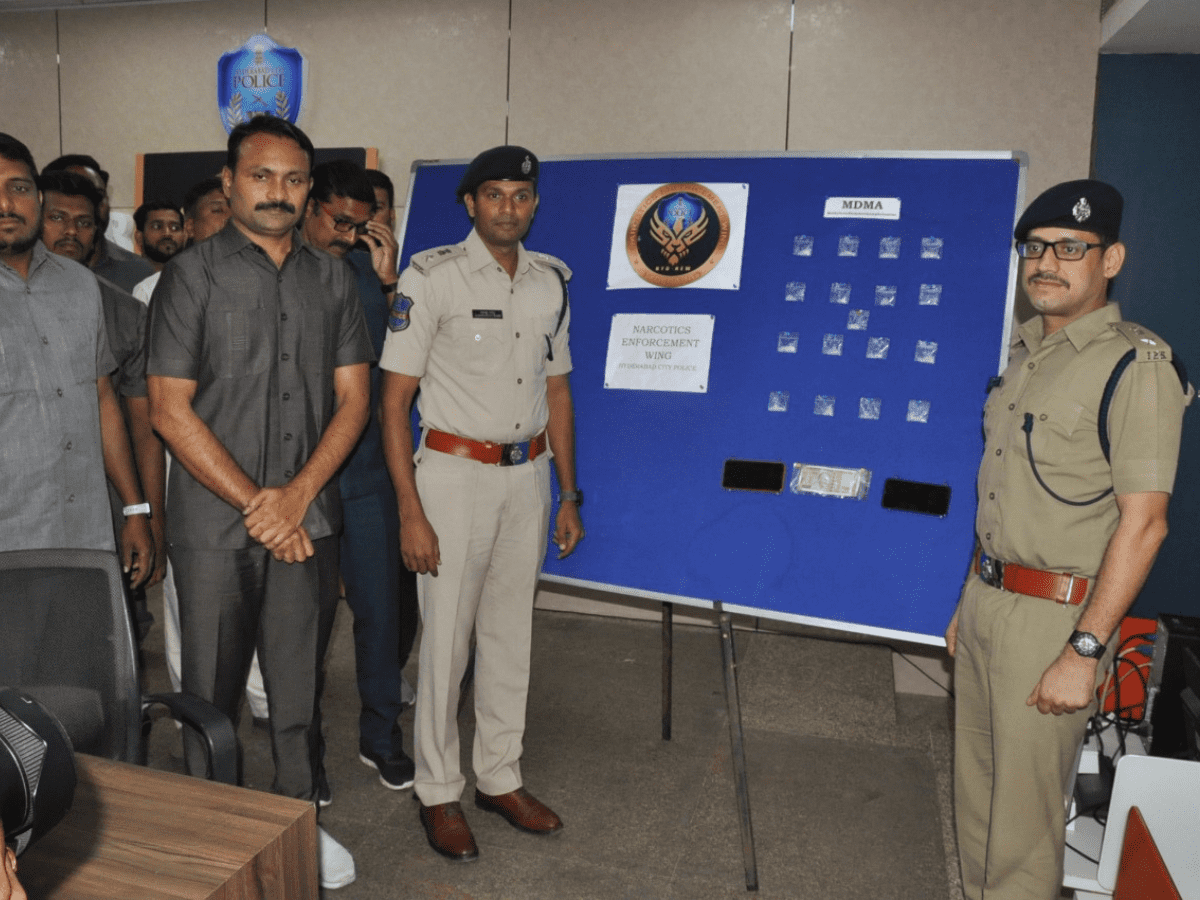 According to the police, the officials seized 17 grams of MDMA, two cell phones and cash of Rupees 300, All amounting to Rs two lakhs.

Telangana: ‘Opening fire a crime’, NRAI in response to an RTI

Further, the seized material along with the accused was handed over to SHO, Langer House, for further investigation.

Police appeal to the public:

In recent times we have seen several students getting addicted to drugs, committing crimes and involving in other anti-social activities. Several families have become victims of this menace.

“It is an ardent request from Hyderabad city police not to fall prey to drugs. Parents are requested to keep a watch on the activities of their children and feel free to approach the police or inform us to curtail such anti-social activities and strive for a Drug-free city,” said the police.