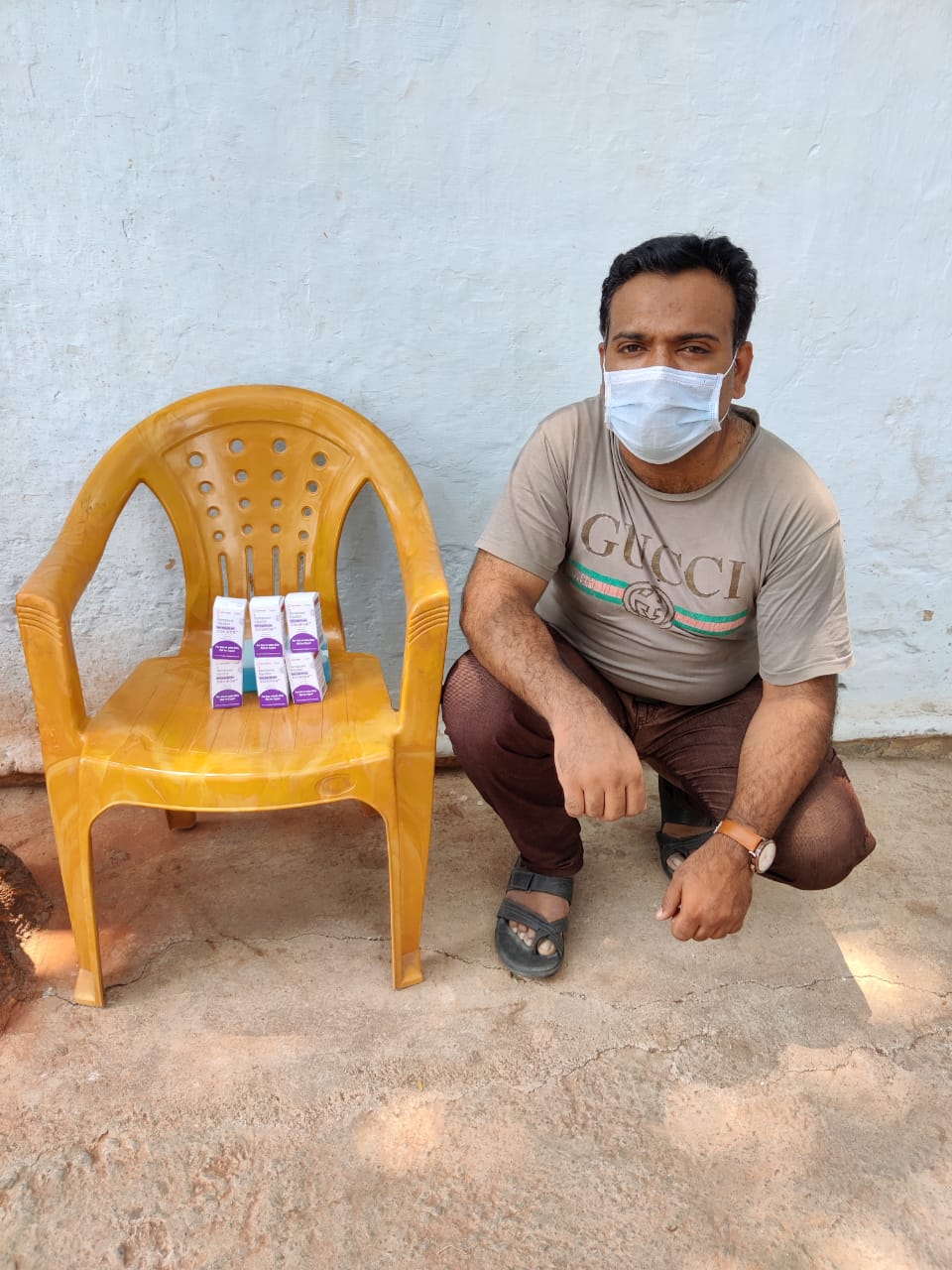 Hyderabad: In yet another crackdown on black marketing of the Remdesivir drug on Tuesday (April 20),the city police arrested four persons, including two owners of pharmacies at Yousufguda and Nampally, for selling injections of Covifor (Remdesivir) at high prices and without any medical prescriptions. They were found selling the drug for as high as Rs 35,000.

According to the police, in the first instance, Shaik Mazhar (33), owner of Global Pharmacy at Rahmath Nagar (Yousufguda), observed that many among the public were coming to his pharmacy and asking for the Remdesivir (Covifor) injections for the treatment of COVID-19 positive patients. Hence, he planned to illegally procure and selling of the COVID-19 antiviral drugs at high prices to needy customers.

Mazher was found selling the drug without medical prescriptions and bills to customers for Rs 35,000. He was arrested near Olive Hospital, Langer House, when he had come on his Honda Activa to sell the injections to needy customers.

In the other case, three others, including another medical shop owner, were arrested by the Hyderabad police officials for also trying to sell the Covifor drug at high prices to families of patients suffering from COVID-19 on April 20. They were identified as Mohd. Abdul Hafeez, the owner of Sardar Medical Hall at Nampally, Shaik Jilani, salesman at Hafeez’s shop, and Mohammed Bin Saleem.

Seeing the ongoing demand for Remdesicir, Hafeez and Jilani planned with Mohammed Bin Saleem, their accomplice, make money by selling the drug at on high price. According to the police, they were apprehended near the Murgi market, Nampally, and were selling Covifor for as mich as Rs.23,000 as against its originak price of Rs 3490 (MRP per vial).

The police, in a press release, said that, the box of the Remdesivir drug says that the “medicine is supposed to be meant for institutional/Hospital sale only.” It added that the Remdesivir drug comes with a consent form that has to be filled and signed by the patient/attendants and concerned doctor at the time of administration of drug. A copy of consent form has to be handed over to patient or attendants. Two days ago, three others, including two employees of Hetero Healthcare in Hyderabad, were also arrested for a similar crime.