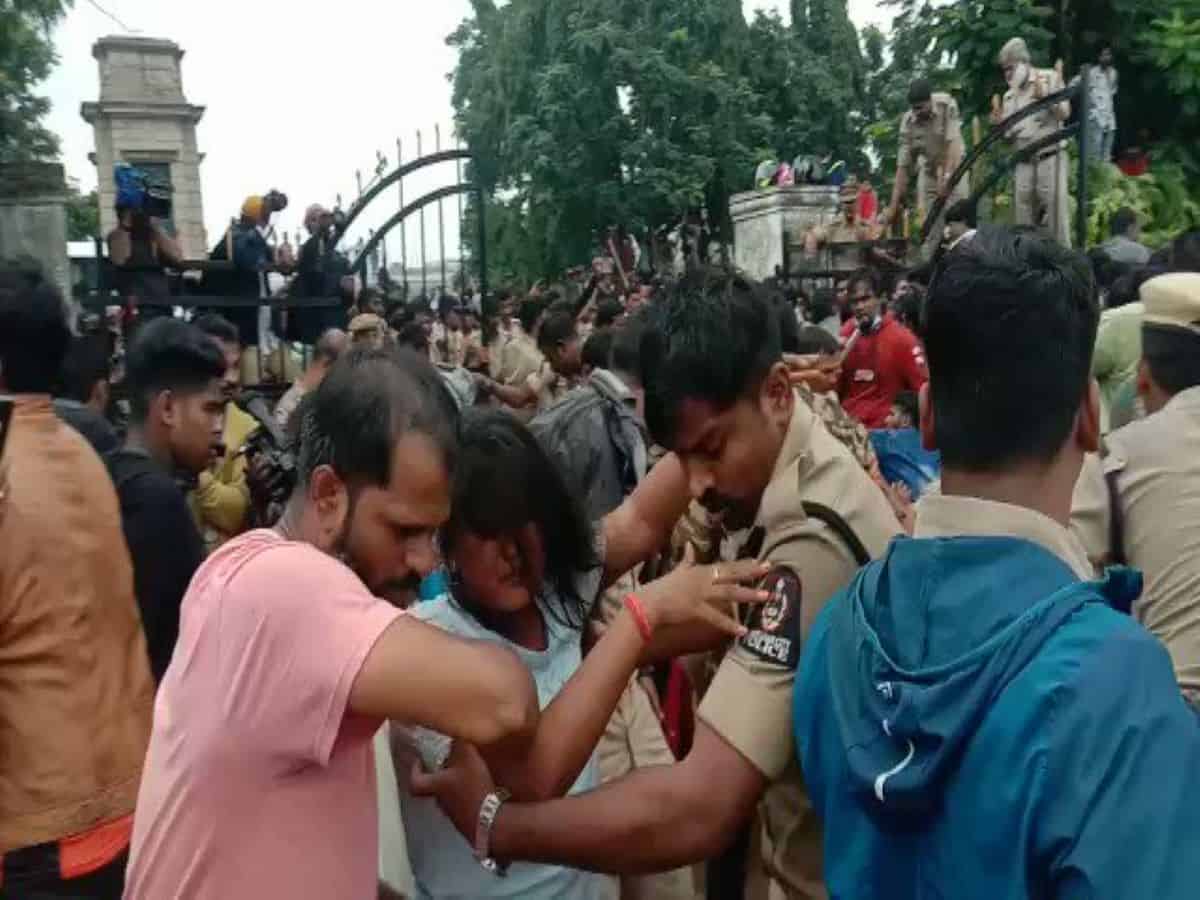 Hyderabad: Police on Thursday resorted to lathi charge cricket fans who have gathered at Gymkhana for India-Australia match tickets. The action was taken to control the chaos at the spot. According to news reports, 20 were injured during the offensive by the police.

Seven were moved to Yashoda Hospital for treatment.

Yesterday too, chaos took place outside the Gymkhana when hundreds of fans swamped the place for tickets.

The fans from Hyderabad and Secunderabad are eager to watch the match between India and Australia as they haven’t seen top-class cricket in the last three years.

At Gymkhana, fans are seen forming queues as early as 6 am in the morning.

Today, to control the chaos at the spot, cops were forced to lathicharge fans.

Meanwhile, the Paytm website indicated that the tickets would be available soon.

The tickets, according to Hyderabad Cricket Association (HCA) president Mohammed Azharuddin, will be sold through the Paytm app and the Paytm insider app. Ticket prices range from Rs 10,000 to Rs 300.

With a capacity of nearly 55,000, the Rajiv Gandhi International Cricket Stadium in Uppal is the city’s main cricket stadium. It is well-known for its cutting-edge facilities and has hosted numerous international games, as well as Indian Premier League, matches over the years (IPL).