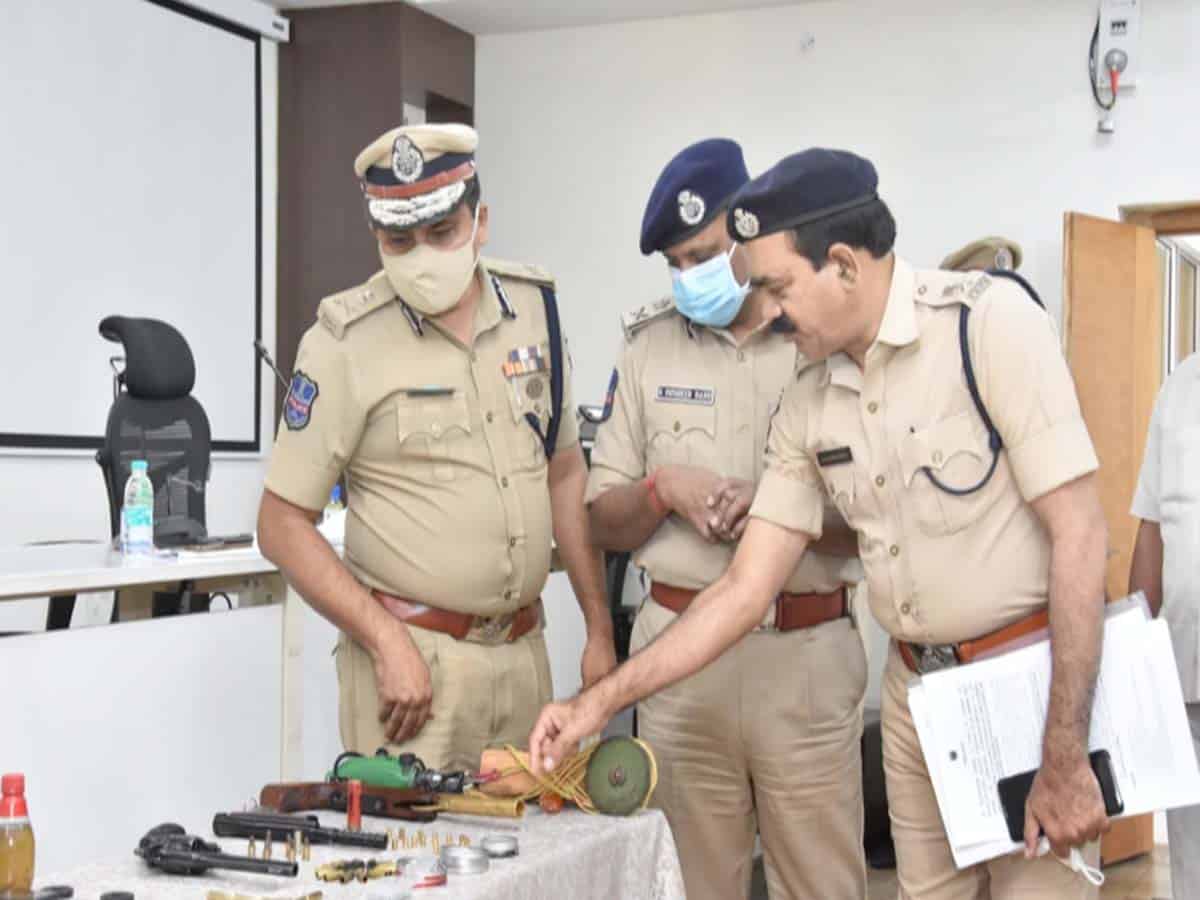 Hyderabad: Special Operations Team (SOT) of Rachakonda police on Saturday arrested a gang of four members comprising former CPI Maoist who
had planned to commit extortions and robberies. Illegal firearms have also been seized from their possession.

Srinivas Reddy and Gangapuram Swamy are former Naxalites who had earlier worked in different organizations of CPI (ML) Maoist and CPI (ML)Janashakthi groups.

Pittala Srinivas @ Srinanna along with his wife Pushpa worked in Janashakthi group from 1994 to 1996 while Vallala Naga Mallaiah @ Mallesh had worked as a strong militant of CPI (ML) Maoist group (PWG) from 1986 to 1990.

All the four ex-Naxalites together hatched a plan to extort money from the realtors in the surrounding area of Yadagirigutta and Hyderabad City under the guise of Naxalites belongs to CPI (ML) Maoist group, as the real estate boom in these areas is growing fast.

According to their plan, they prepared letter heads on the name of Maoist party. Pittala Srinivas is the mastermind in manufacturing of country made weapons. He manufactures the country made Tapanchas and alters the Air pistols and Air revolvers and recently he has prepared three weapons and handed over the same along with other material meant for the making of firearms.

On receiving credible information SOT police had caught them in possession of three illegal firearms, ammunition along with other material.