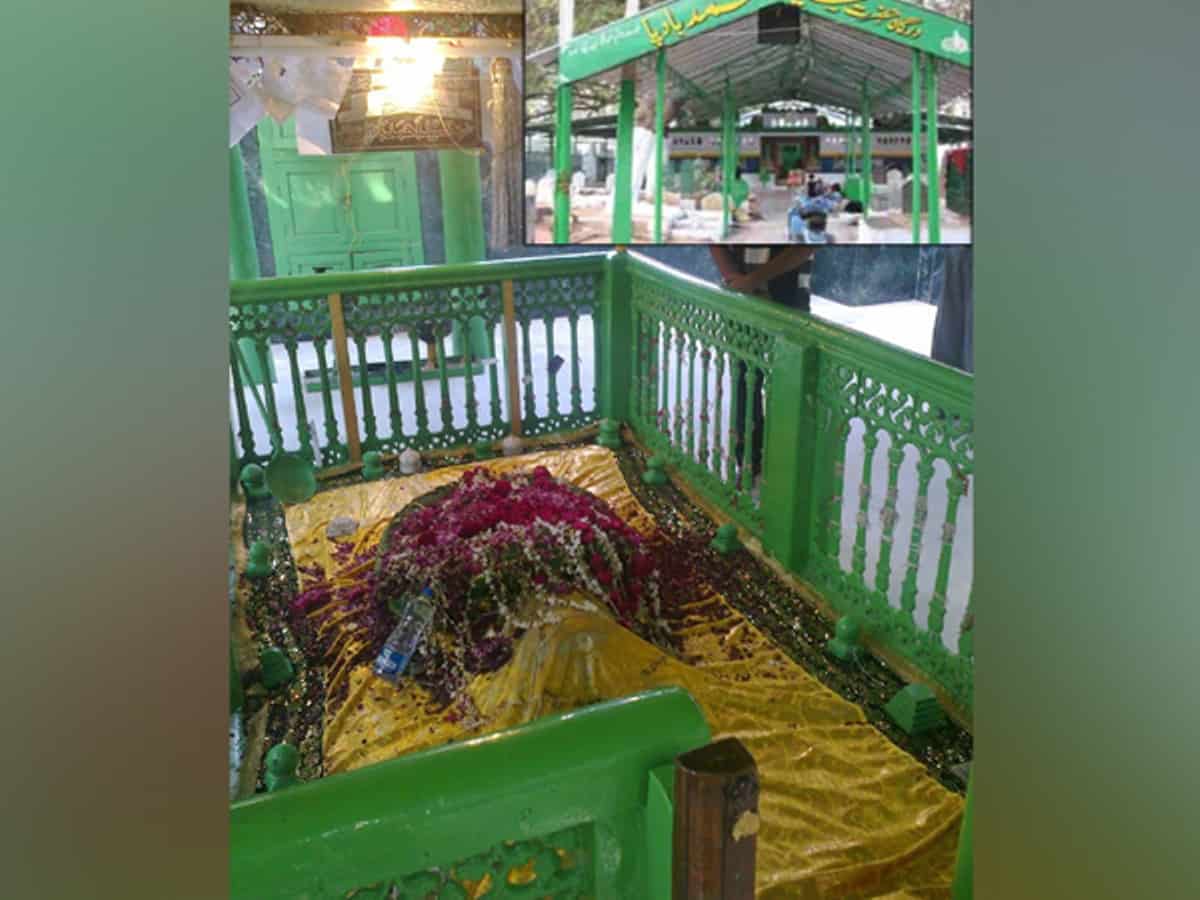 Hyderabad: Hazrat Syed Ahmed Badepa, a 500-year-old Dargah in Masabtank of Hyderabad has been serving as a symbol of religious harmony.

It is visited by people of different faiths from different corners of the country. This dargah was established after the death of Sufi saint Syed Ahmed Badepa in Hyderabad.

Speaking to ANI, Mohammed Mazharuddin Imtiaz, the descendent of Syed Ahmed Badepa, said, “This dargah has historical importance and has a huge background and history of Syed Ahmed Badepa. In the period between 1296 A.D to 1316 A.D, he shifted to the Telangana region from North India.

“Due to his worship and mystical exercise, he was able to fly in the air by the kind grace of Allah and for this reason, he was awarded the title Badepa. He was disciple and caliph of Hazrat Nizamuddin Auliya of Delhi. In the shrine area on the western side, there is one cleaned rock and its size is 7.5 feet in length and its width is 3 feet. It is believed that this rock was used by him as his prayer mat,” said Mohammed Mazharuddin Imtiaz.

Rashid Ali, a devotee who has been visiting the Dargah since his childhood said, “I have a lot of faith in the shrine. Those who come here with good intentions never go empty-handed.”

“A large number of devotees visit the shrine irrespective of their religious beliefs,” added another devotee Syed Mohammed Jaffar Hussain.