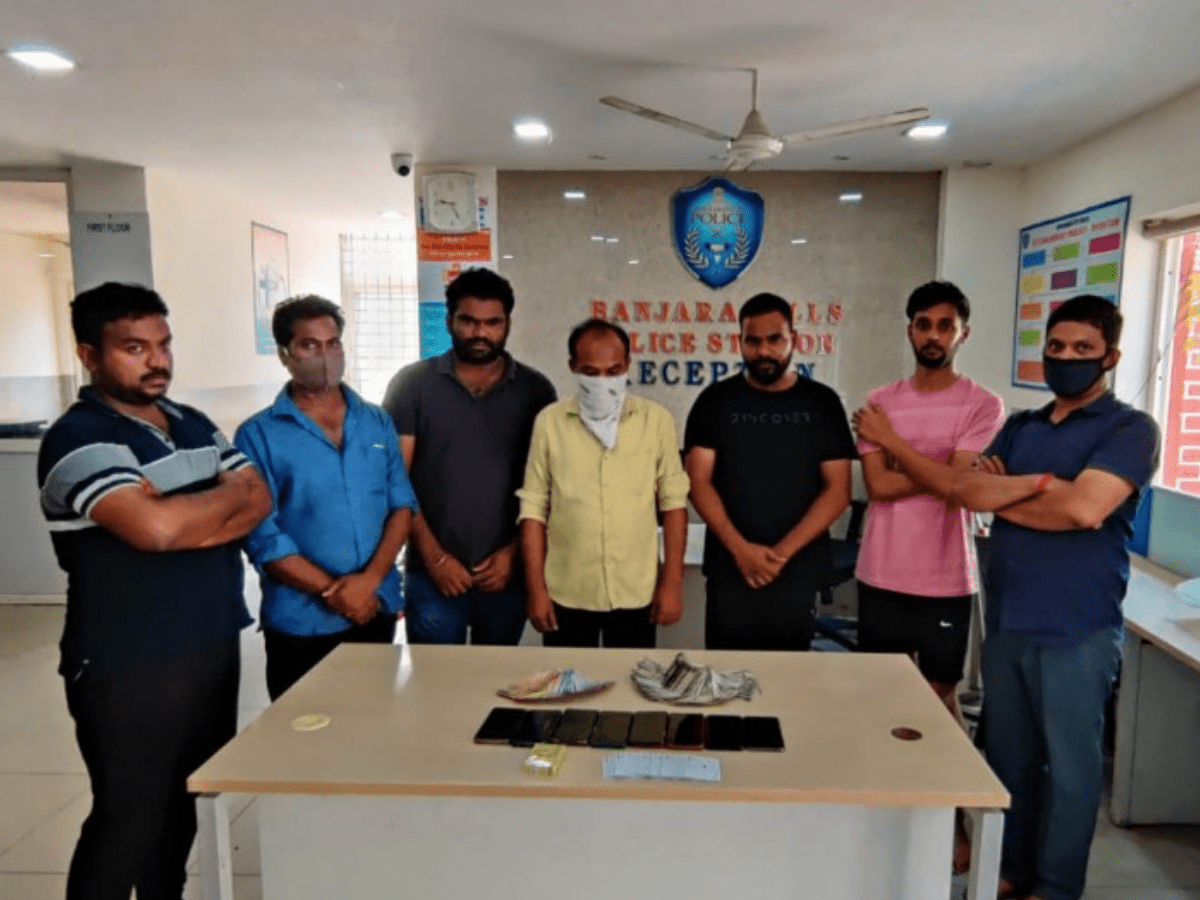 Hyderabad: Seven people were held for organising gambling at a house by Banjara hills police in the city. The police seized cash worth Rs 61,780, seven mobile devices, along with playing cards.

Acting on credible information, the police raided the house at Sri Krishna Nagar, in Yousufguda where the illegal activities took place.

According to the police, the main accused invited punters over to the gambling house regularly and organised various card games as a means of making quick money. The police have registered a case under the Telangana Gaming Act against the accused.