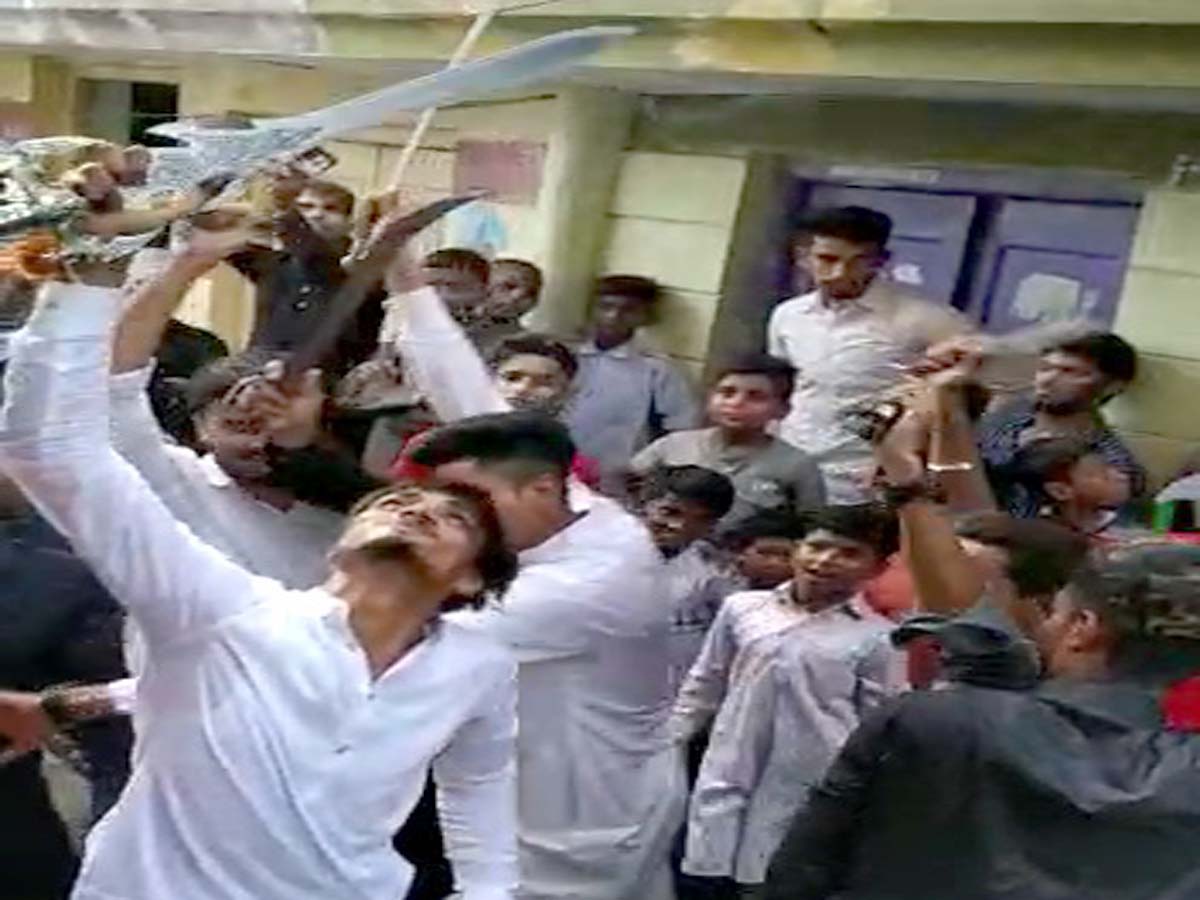 Hyderabad: The Bhavani Nagar police have registered a case against eight persons for dancing with swords during a marriage baraat procession in Talab Katta area of old city.

According to Inspector Amjad Ali, the police have registered a suo-moto case after they found a viral video of armed baraat procession on social media.

During the investigation the police found that on July 16, Mohammed Tajmul Hussain along with with his friends had a dance in barath procession carrying lethal swords at Nasheman nagar, Talabkatta

A case under Indian arms act has been registered and investigation underway.