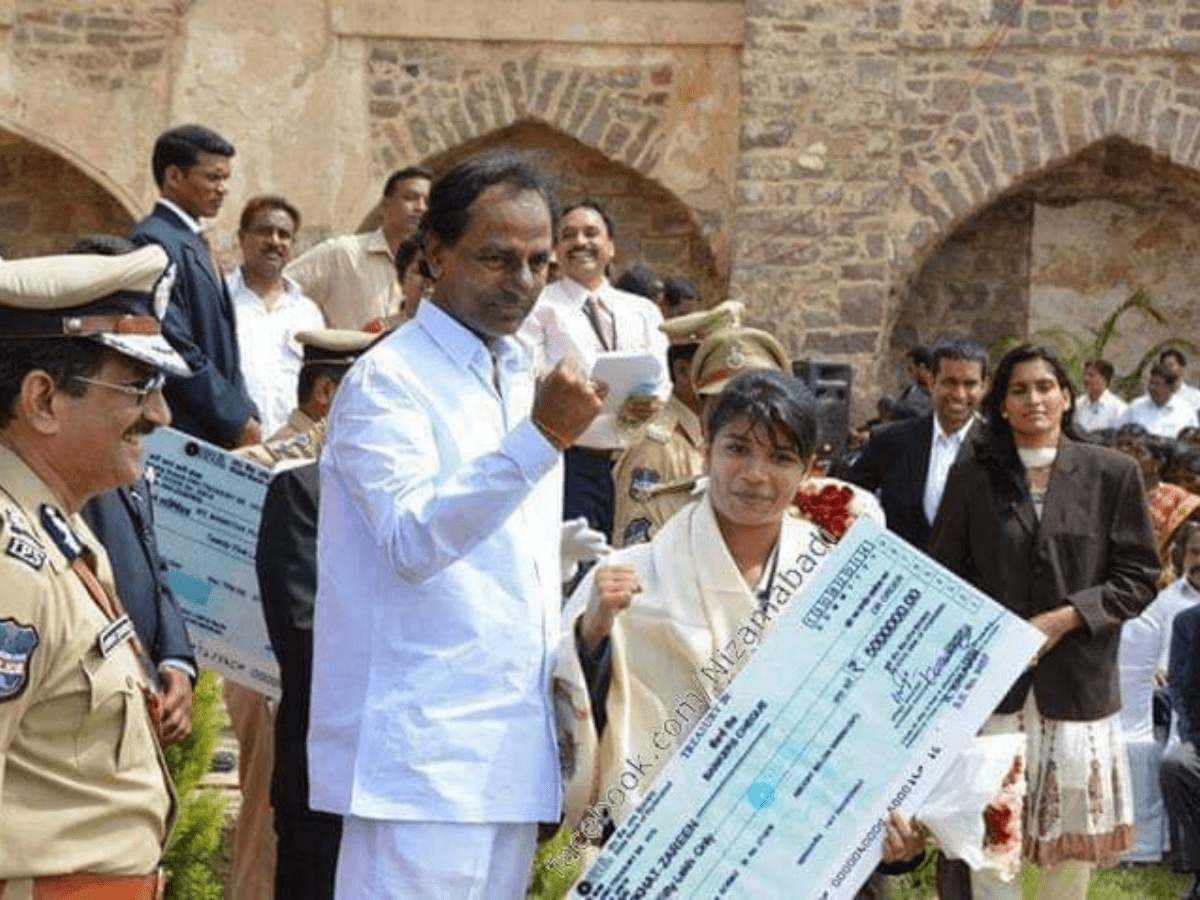 Hyderabad: A photo showing Telangana chief minister K Chandrashekar Rao awarding boxing champion and athletic Nikhat Zareen with a cash award of Rs 50 lakh has become viral on the internet. The truth is the photo is eight years old.

Ever since the photo debuted on the internet, it is being widely shared on social media, especially on Facebook. However, Alt News, a fact-checking news agency, dated the photo to eight years ago and the award was given when Nikhat won gold in World Youth Boxing Championship, 2014, in Bulgaria.

On the Independence Day of 2014, KCR had facilitated woman athletes of Hyderabad, including Saina Nehwal. Nikhat was one of the many athletes.