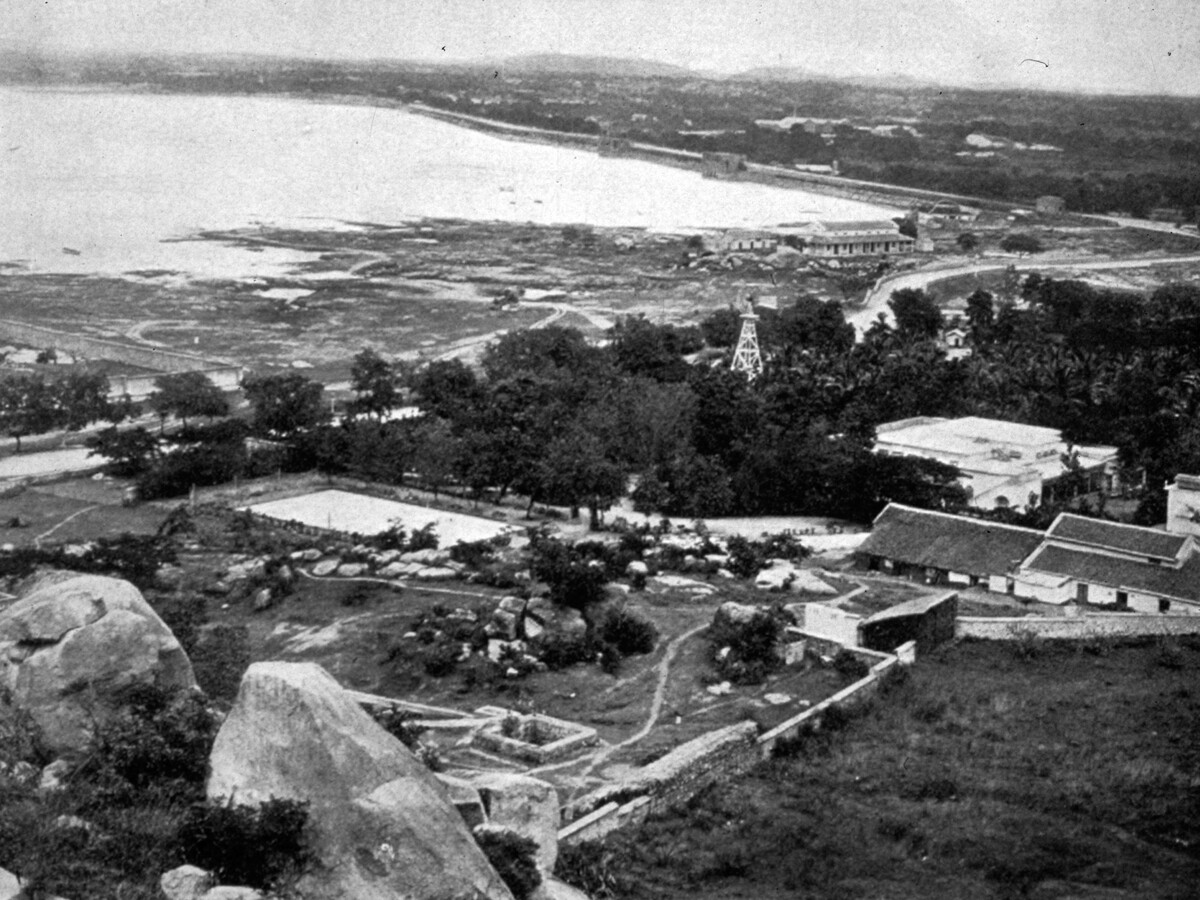 Hyderabad: The Deccan has a dry climate and does not possess snow-fed rivers to irrigate its lands. Historically, it has depended on ground water and the yearly monsoon. For groundwater, several stepwells were built throughout the region for irrigation as well as domestic use.

For retention of monsoon rainwater, artificial tanks were constructed in Hyderabad over time across the kingdom by the Golconda or Qutb Shahi kings (1518-1687), who founded and built the city. They followed footsteps of thei predecessors, the Bahmanis (1347-1518) and the Kakatiyas (who ran their Telugu kingdom from Warangal).

Interestingly, each of these tank bunds, across Telangana and Hyderabad, have a small temple on the sluice, known as the Katta Maisamma, literally meaning ‘Goddess of the Bund’, which are revered to keep the bund intact and the water plenty.

The tanks were linked through a network of water channels and canals until they finally emptied into larger rivers. The importance of monsoon under the Qutb Shahi era in Hyderabad can be understood by the observance and celebration of the onset of monsoon by celebrating Mirag, which meant the sweltering summer was over and a cooler climate would now prevail.

The earliest known water works in Hyderabad date back to the first Qutb Shahi monarch, Sultan Quli. During the reign of Mahmood Shah Bahman of the Bahmani empire, Sultan Quli declared his Governorate of Tilang (Telangana) an independent kingdom and founded his own dynasty. He made the citadel of Golconda his capital and built the first masjid in the region in the year 1518.

At the same time, Sultan Quli (who ran his capital from Golconda fort before Hyderabad was founded un 1591) also commissioned the construction of an artificial lake less than 3 miles north of the fort. The sole purpose was to supply water to the fort, ensuring water security throughout the year for his people. Sultan Quli’s lake came to be known as Durg ka Talaab (Lake of the Fort), now known as the Durgam Cheruvu (still retaining its meaning).

Water was transported through subterranean water channels from the lake to the fort, supplying water to the Sarai to the Qutb Shahi Necropolis as well as the fort. The Karez system in Bidar was the predecessor to the Golconda aqueducts. However the water in the Bidri Karez is fed by underground springs while the Golconda system (in Hyderabad) depended on the water available in the Durg ka Talaab.

Despite the Musi flowing immediately to the south of the fort walls, it could not be depended upon because the unpredictable Musi in Hyderabad would only be a trickling stream during summer and a raging river in the monsoon. The Qutb Shahis never dammed the Musi river. It wasn’t until the fourth king, Sultan Ibrahim Qutb Shah (1580-1611), that large irrigation projects were undertaken.

The two-kilometre long bund was constructed in granite with sluices for irrigation and a surplus weir. Hussain Shah Wali, a sufi (engineer) and son-in-law of Ibrahim Qutb Shah, was responsible for the construction, hence the name Hussain Sagar. It was built about half a century before Hyderabad was founded.

Ibrahim Qutb Shah then commissioned a second tank at Ibrahimpatnam which was named after himself. For centuries, the Hussain Sagar served Hyderabad its drinking water, but is now filled with toxic effluents and sewage today.

Other major water tanks built by the Qutb Shahi sultans in Hyderabad were the Katora Houz in Golconda, Ma Saheba’s Tank by Princess Khanum Agha in 1624, the Mir Jumla Tank (present day Talab Katta) in the mid 17th century and the Gosha Mahal Tank by Abul Hasan Qutb Shah in 1680s. Majority of these tanks have met with the fate: water polluted, bunds and sluice gates rendered useless, and agricultural lands having disappeared. Some have even disappeared altogether like the Mir Jumla Tank.

Post the Golconda period in Hyderabad, during the Asaf Jahi or Nizam (1724-1948) era, several irrigation projects were commissioned like the Mir Alam Tank. After its completion of the Mir Alam Tank in 1805, the source of water supply for the city shifted from Hussain Sagar to the Mir Alam Tank. The dam is an engineering marvel, designed and constructed by French engineers for Hyderabad.

The bund is 1,120 yards in length and is formed of 21 large granite arches with semi-circular projections.  The fifth Nizam, Afzal ud Doulah, had constructed a tank near present day Mallepally in Hyderabad, known as Afzal Sagar Tank. The tank has since disappeared and the residential colony which sprang up in the lake bed is still known as Afzal Sagar.

During the Great Musi floods of 1908 in Hyderabad, dozens of tank bunds, including the Hussain Sagar, breached across the erstwhile districts of Hyderabad and Atraf-i-Balda (surrounded municipalities). The water from the breached bunds wreaked havoc across the city, as the Musi rose 18 feet above the Afzal Gunj Naya Pul.

After the devastating floods, the last Nizam of Hyderabad, Osman Ali Khan, had commissioned M Visvesvaraya to design a flood prevention plan for the city- which resulted in the damming of the Musi and its tributary Esi at Gandipet. The twin reservoirs – Osman Sagar and Himayat Sagar – are the largest reservoirs in the city. They not only serve the city with drinking water but also with flood control, an aspect which is mostly overlooked in debates their fture.

Despite torrential rains year after year, thanks to climate change, the reservoirs have kept Hyderabad safe from severe floods. The destruction of these reservoirs, experts say, would spell the doom for Hyderabad.

(The author is an architecture student who researches on Hyderabad’s history, and runs Deccan Archive, a Hyderabad-based initiative which documents the city’s and Deccan history)