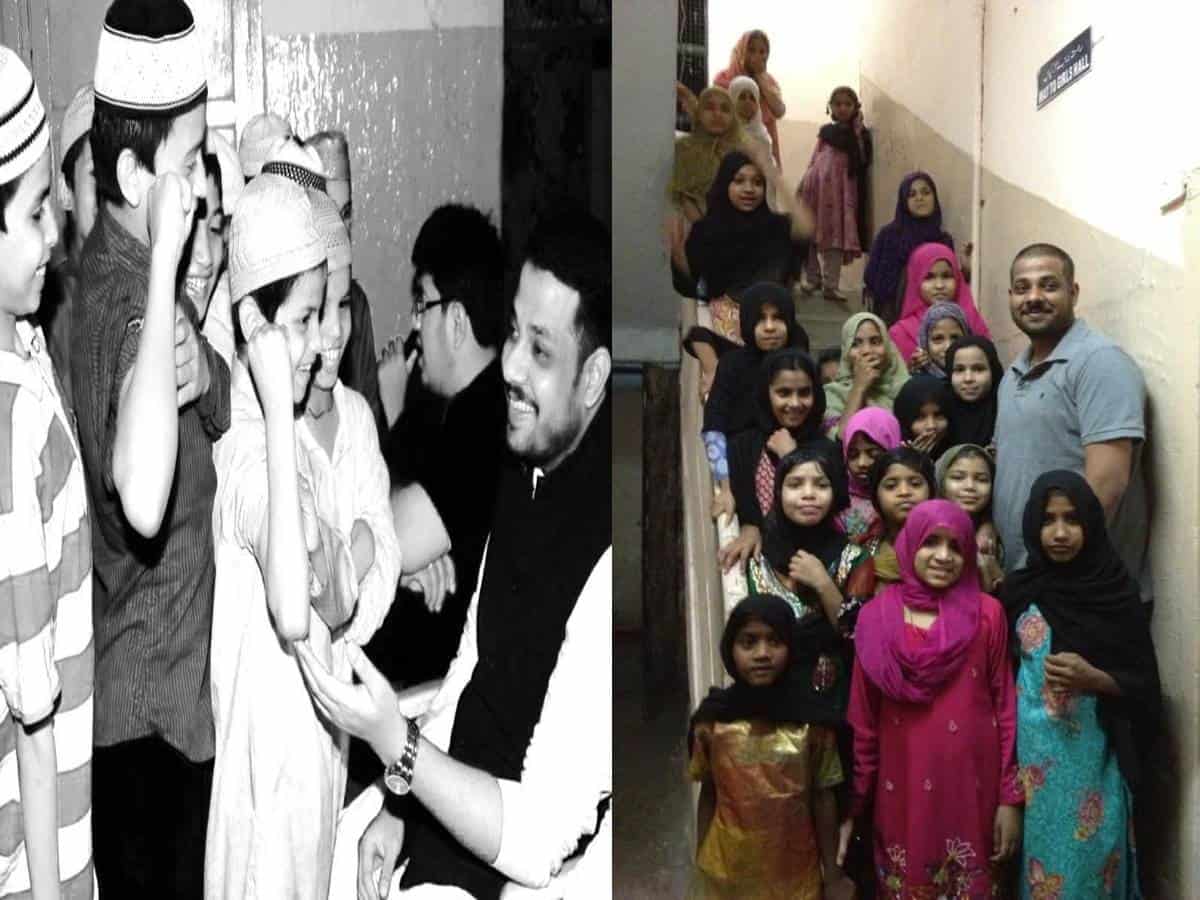 Hyderabad: Last year, when the nationwide COVID-19 lockdown was announced in March 2020, the city’s oldest orphanage in Nampally, Anees-ul-Ghurba, had relocated the children living in it to different units of the Telangana minority residential educational institutions society (TMREIS) centers across the city.

They were relocated in view of reconstruction of the orphanage’s building at Nampally, which had begun almost two years ago. However, a year after the children were relocated, there is no trace of them and where they have been put up. In fact, authorities have also failed to provide details about their whereabouts. Hyderabad-based activist Asif Hussain Sohail raised questions about it and has asked the Telangana State Waqf Board and the TMREIS as well.

“They were two hundred children and the authorities of the Anees-ul-Ghurba say there were eighty orphan kids. They should at least give their details to the public and and assurance that the children are in safe hands,” Sohail told Siasat.com. Asif, who used to visit the orphanage regularly since he was 12 years of age, is trying hard to find answers from the Waqf board or from TMREIS officials. However, with no response, he has decided to approach the High Court by filing a Public Interest Litigation (PIL).

Sohail said that when he contacted Mohammed Abdul lateef, the academic head of TMREIS, the latter reportedly told him that the actual number of children of the orphanage was different, and that they were not entirely orphans. “He told me that the children have guardians and as soon as the lockdown was announced, they returned to their homes with their parents,” Sohail added.

However he is not convinced. “When the entire nation was under lockdown, how could guardians come to pick children? Why did the schools send back all the children? No one seemed to bear proper responsibility for the children and they don’t have the correct addresses of children,” claimed Sohail. However, on a serious note of the issue, Waqf board’s recently appointed deputy CEO, Muhammad Safiullah, ordered an investigation into the matter and deputed one of the officials to look into the case.