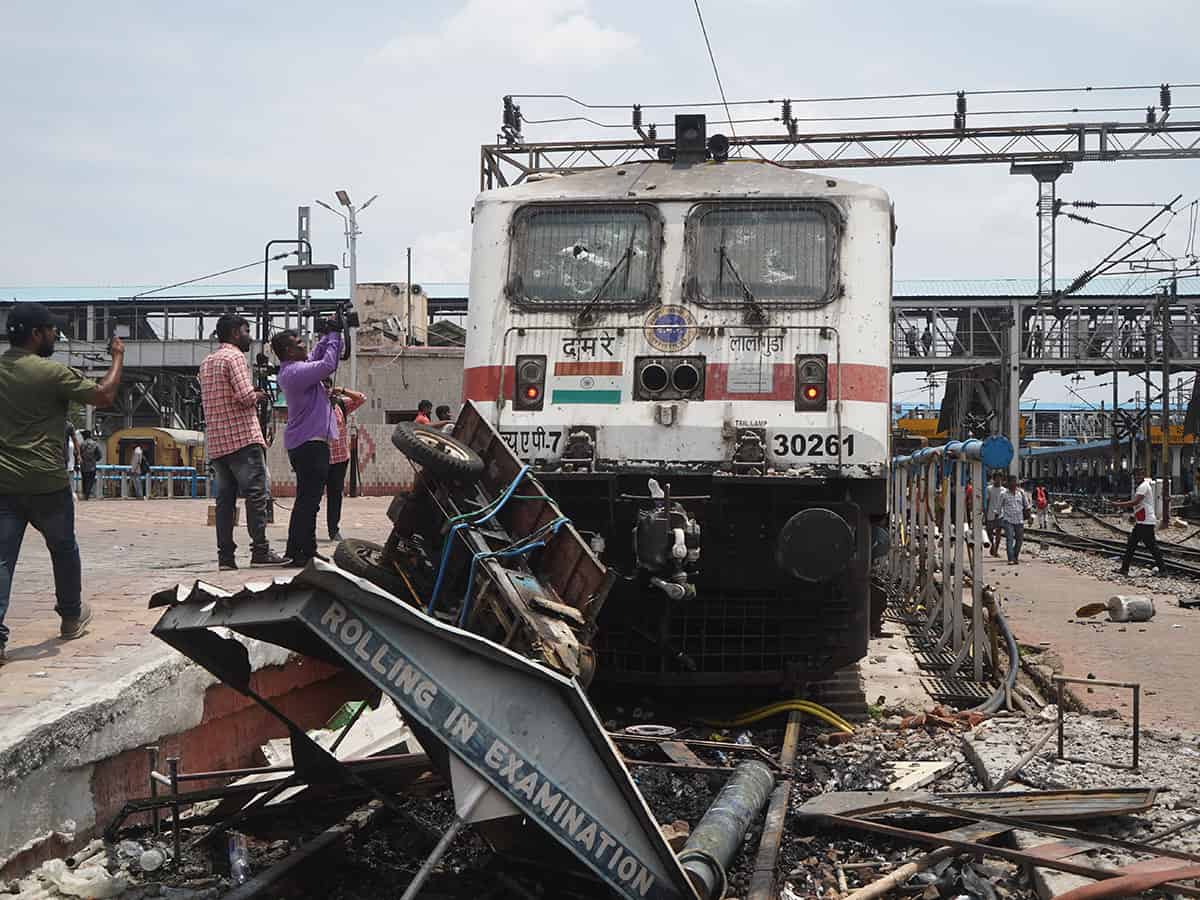 Hyderabad: The CPI (Maoist) Telangana State Committee severely condemned the police firing on the army job aspirants at Secunderabad railway station and demanded a case be booked against the policemen who fired at the protestors. They also demanded the government pay ex-gratia to the family of Rakesh and withdraw the Angipath scheme.

In a statement released to the media Maoist spokesperson Jagan said that the Narendra Modi government’s Agnipath scheme would transform the Army fascist, and militarize the civil society. “In eight years of the Brahmanic Hindutva Fascist BJP government led by Prime Minister Narendra Modi only the corporates have benefitted,” he alleged.

The government is bringing the scheme as part of its so-called policy to “suppress the Maoist movement” in the country. The youth of the country should reject the Agnipath scheme of the government.

The party demanded that the government pay Rs 2 crores ex-gratia to the family of Rakesh who died in police firing and Rs. 1 crore each to the 13 persons who were injured in the police firing. The policemen who had opened fire should be immediately arrested, the party demanded.