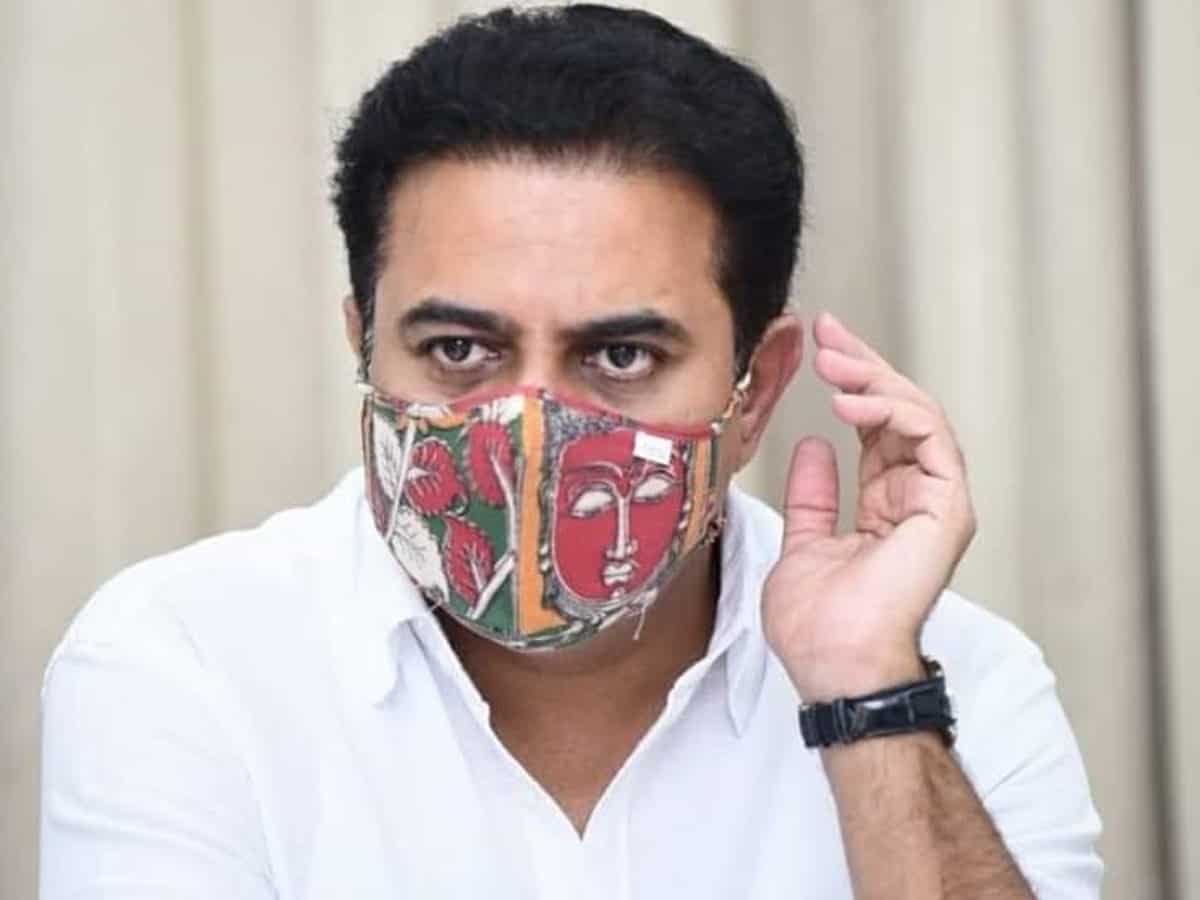 Hyderabad: Telangana Municipal Administration and Urban Development Minister K.T. Rama Rao said on Friday that Hyderabad is ahead of other major cities in India in sewage treatment.

Laying the foundation for construction of 17 Sewage Treatment Plants (STPs) with 376.5 million litres per day (MLD) capacity at a cost of Rs 1,280 crore, he termed this an important milestone for Hyderabad in sewage treatment.

The STPs will enhance the total sewage treatment capacity of the Hyderabad Metropolitan Water Supply and Sewerage Board (HMWSSB) to 1148.5 MLD.

He said that currently 40 per cent of the sewage generated in Hyderabad is being treated, and this is the highest among eight major cities in the country.

KTR, as the minister is popularly known, said out of 1,950 MLD sewage being generated in the city, 772 MLD is being currently treated

With 17 new STPs being built in Kukatpally, Qutbullahpur and Serlingampally circles, 376.5 MLD more sewerage can be treated.

He said 14 more STPs will be built in the city, and thus, a total of 31 new STPs will be developed in a phased manner. KTR said this would be a key milestone in development of Hyderabad as a global city.

He pointed out that the seweage generated in the city is currently flowing into Musi river with gravity. If this sewerage is not treated, it will create public health problems, he warned.

The construction of STPs will help prevent sewage flowing into the lakes and tanks and as a result, the water bodies can be maintained well and beautification of their surroundings can be ensured.

HMWSSB MD Dana Kishore said for the first time after 14 years, development of STPs is being taken up on a large scale. He said currently 772 MLD seweage is being treated to the extent of 94 per cent. With the construction of 31 new STPs, the sewerage treatment capacity will further go up.