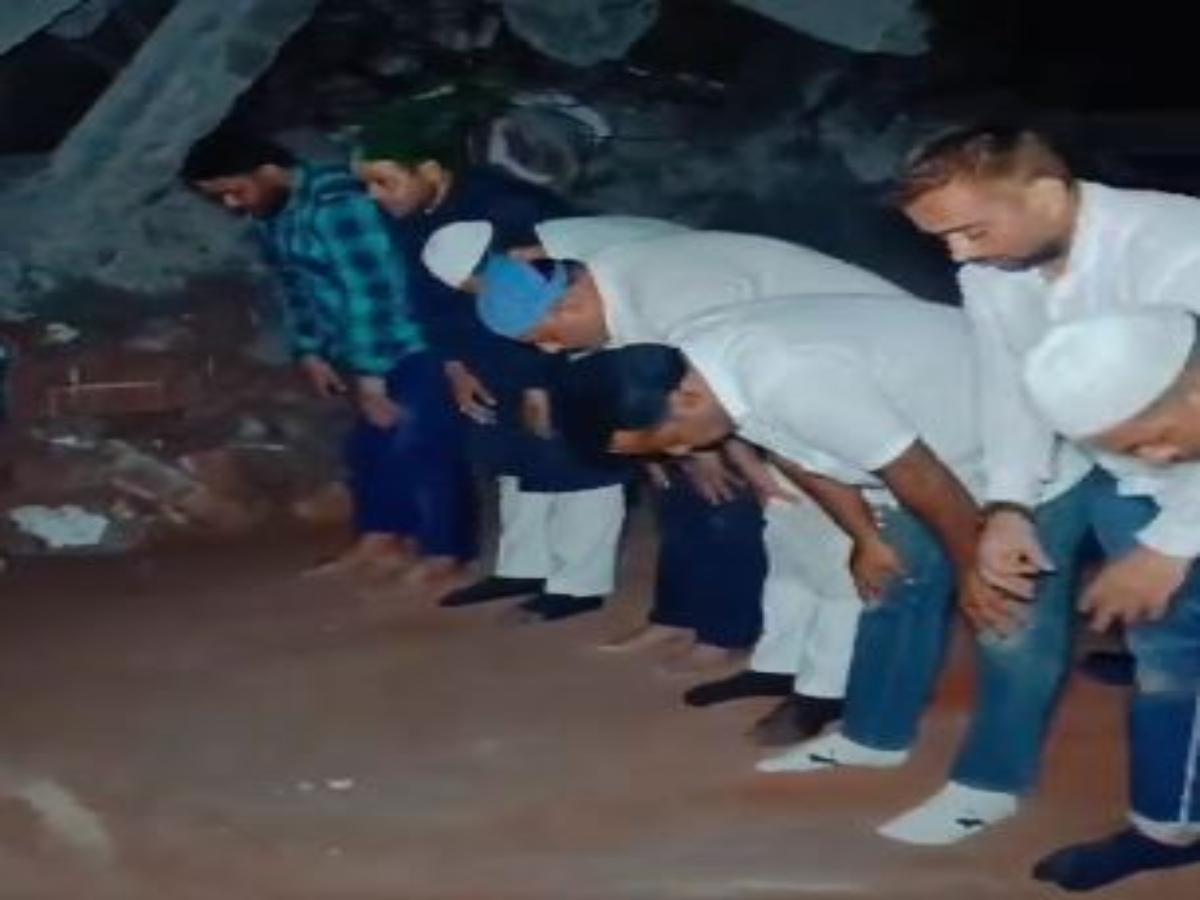 Hyderabad: Days after Masjid-e-Khwaja Mahmood in Shamshabad was razed by the Telangana government, a leader of the All India Majlis-e-Ittehadul Muslimeen (AIMIM) offered prayers at the ruins.

In a video shared on Twitter, the man is seen offering the Isha (night) prayers along with a few of his supporters, “Telangana: Local AIMIM leaders and others offering Isha prayers at the place of martyred Masjid Khwaja Mahmood in Shamsabad.” read the tweet.

The man is later seen speaking to police officials regarding the demolished Masjid. The Masjid-e-Khwaja Mehmood was allegedly bulldozed by municipal officials along with the RGIA (Cyberabad) police here on the night of August 1.