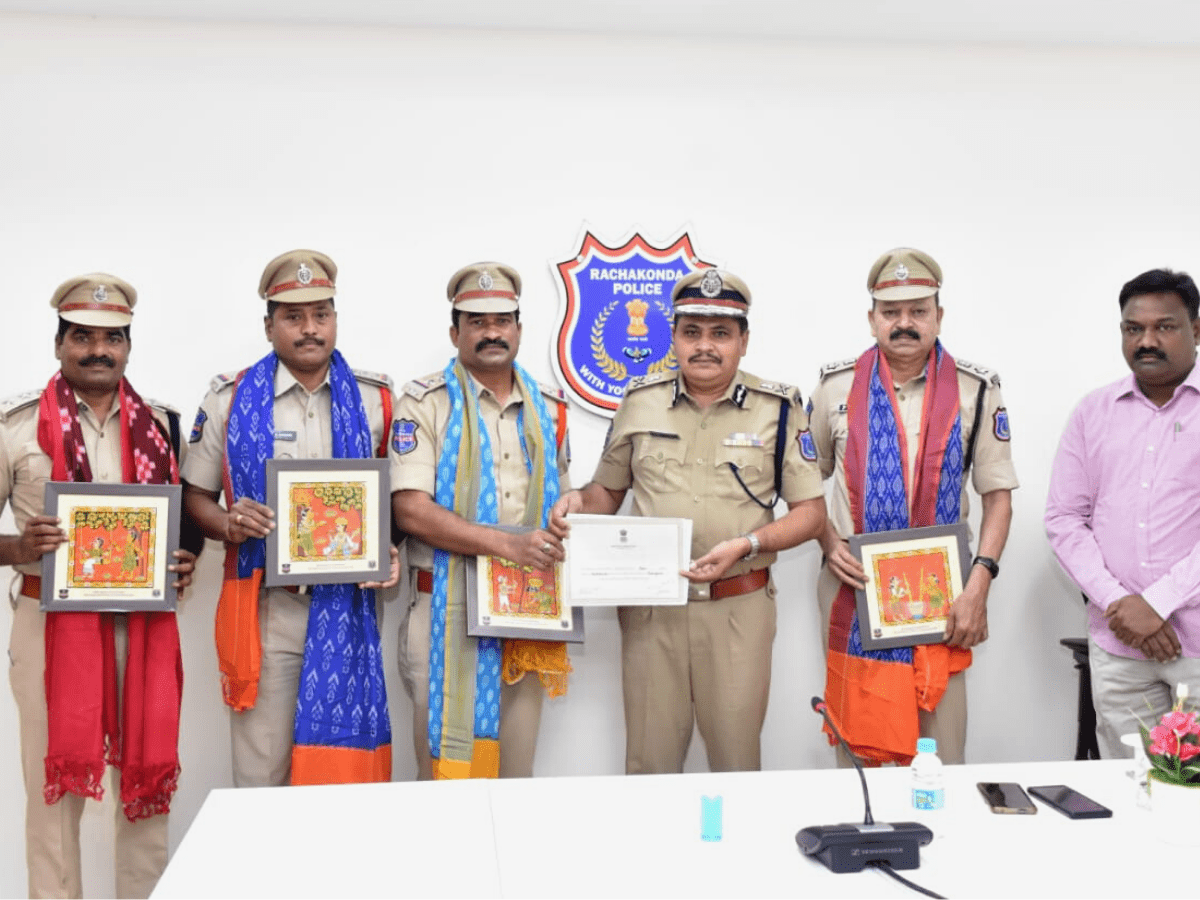 Hyderabad: The Alair police station (PS) which comes under the Rachakonda Police Commissionerate was adjudged as the best police station in Telangana by the Ministry of Home Affairs (MHA). It also ranked 5 in the country.

The Station House Officer (SHO) and supervisory officers were felicitated by the Commissioner of Police (CP) Rachakonda Mahesh Bhagwat, on the occasion.

Speaking on the occasion, the CP commended the staff of Alair Police station and stated that Telangana policing has been receiving appreciation from all quarters since the formation of the state. “Telangana Police forces striving to provide impeccable services to the citizens round the clock which ultimately bringing the crime rate down in the state” he added.

A special team of MHA had visited Alair PS and conducted an evaluation. The evaluation was carried out based on the performance, and infrastructure of the PS. Citizen feedback was also taken into consideration during the evaluation.

The Commissioner said that three police stations from Telangana had been nominated for the best police station award of MHA, of which Alair PS stood top among the three. Apart from being the best PS in the state, Alair PS ranked 5 among 75 other contenders across the country.

The CP lauded the staff of Alair PS for the recognition and encouraged the staff to work with more dedication.