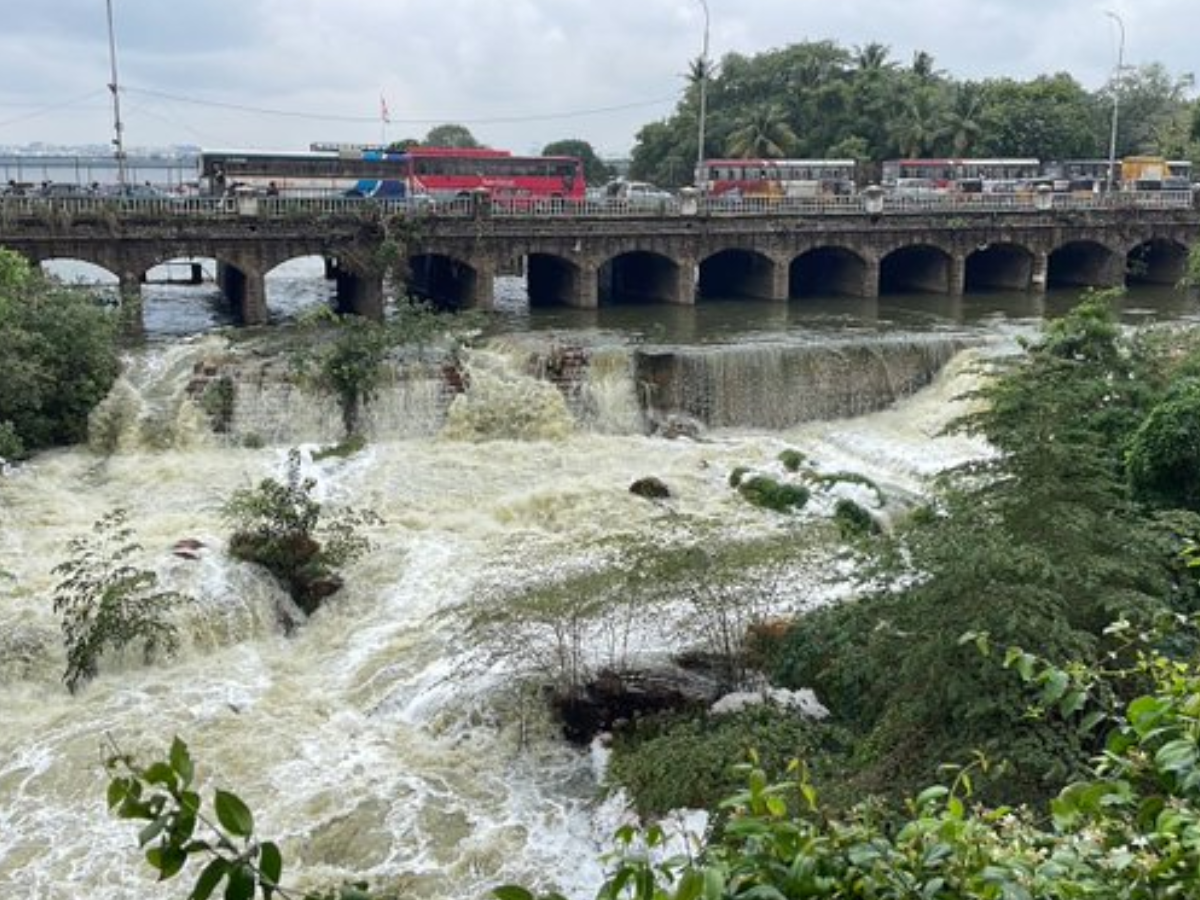 Hyderabad: Amid the incessant rainfall in Telangana, Hussain Sagar Lake which is located in Hyderabad started overflowing on Saturday. The water level has risen over the Full Tank Level (FTL) of 513.41 metres and is currently overflowing at the maximum water level of 513.70 metres.

Greater Hyderabad Municipal Corporation (GHMC) and Hyderabad Metropolitan Water Supply and Sewerage Board (HMWSSB) have sent a special team to keep tracking water levels and ensure the security of the tanks and lakes.

Other tanks inside the boundaries of Hyderabad, including Moosapet, Badlaguda, and Balapur, are very close to breaking.

In Himayat Sagar, the water level was measured at 1,760.65 feet compared to the FTL of 1,763.50 feet, and the inflow and outflow were both recorded at 500 cusecs. The reservoir’s two gates are left open.

The Hussain Sagar is being monitored by the Greater Hyderabad Municipal Corporation (GHMC) officials since the water level has passed the FTL.