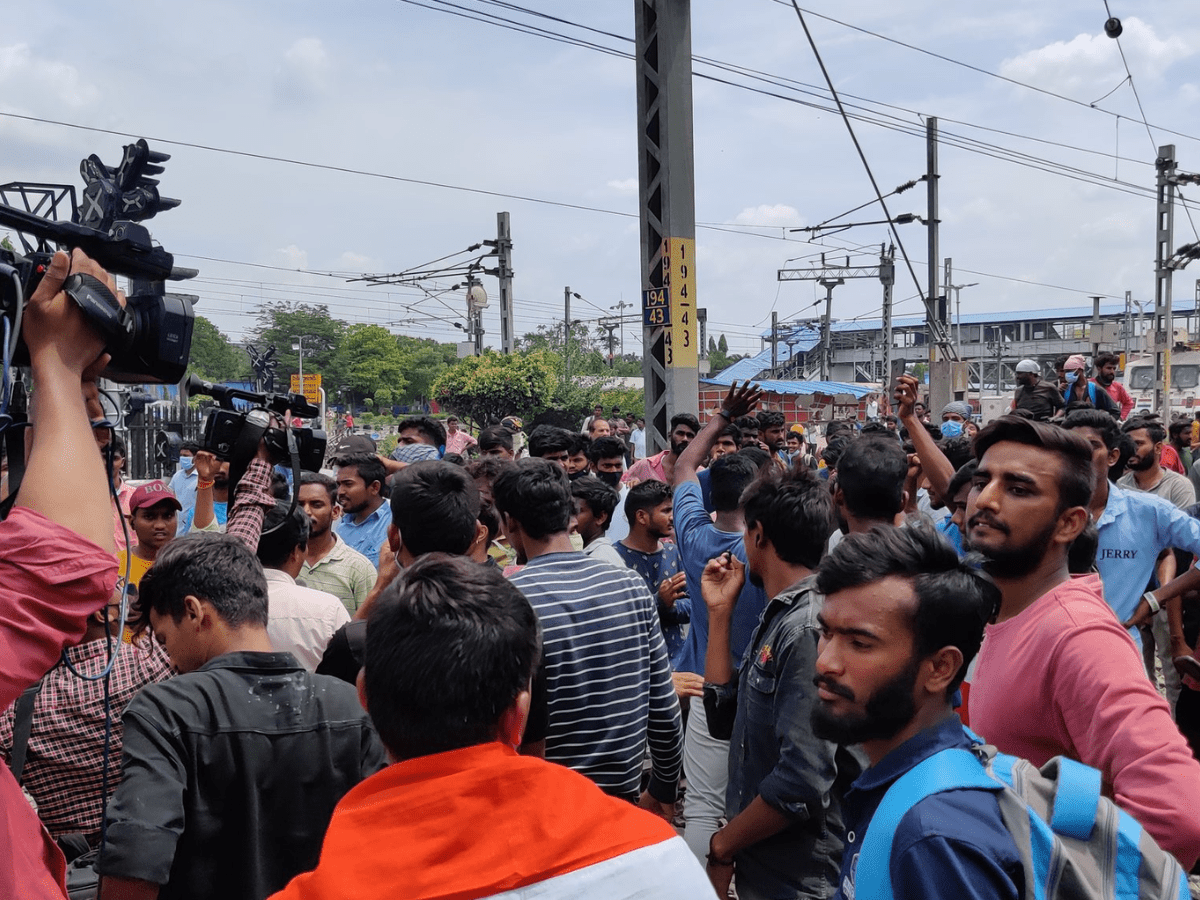 Hyderabad: The police during its investigation into the Secunderabad railway station violence on Friday identified one person of Narsaraopet in Andhra Pradesh as the alleged mastermind of the violence.

One person was killed and a few others injured when Railway Protection Force (RPF) police opened fire at a group of violent agitators on Friday morning.

The RPF along with Government Railway Police and Hyderabad police formed special teams to identify the persons behind the violence and arrest them. During the investigation, the Hyderabad police came to know about the coaching center owner through a Whatsapp group called “Hakimpet Army Soldiers”, which mobilised the crowd at Secunderabad.

The railway police booked a case under various Sections of the Indian Penal Code, Indian Railways Act, and PPD Act. Around 20 persons were taken into custody by the police in connection with the violence.

Why protests broke out at Secunderabad Railway Station?

On Friday, a violent protest broke out at Secunderabad Railway Station against the Central government’s ‘Agnipath’ scheme for recruitment into the armed forces.

Later, the Railway police have registered a case of attempt to murder and rioting against the protesters who had allegedly indulged in violence at Secunderabad railway station. The railway authorities have estimated a loss of 20 crores during the violent protest.

Meanwhile, the Hyderabad police commissioner CV Anand has directed the Special Investigation Team (SIT) of the city police and a task force to monitor the issue in order to unravel the alleged conspiracy behind the incident of violence.

Justifying the firing on the protestors the Indian Railway Police (IRP) claimed that the protestors were trying to set ablaze the loco engines filled with 3000 liters of transformer oil located at the RCD depot.