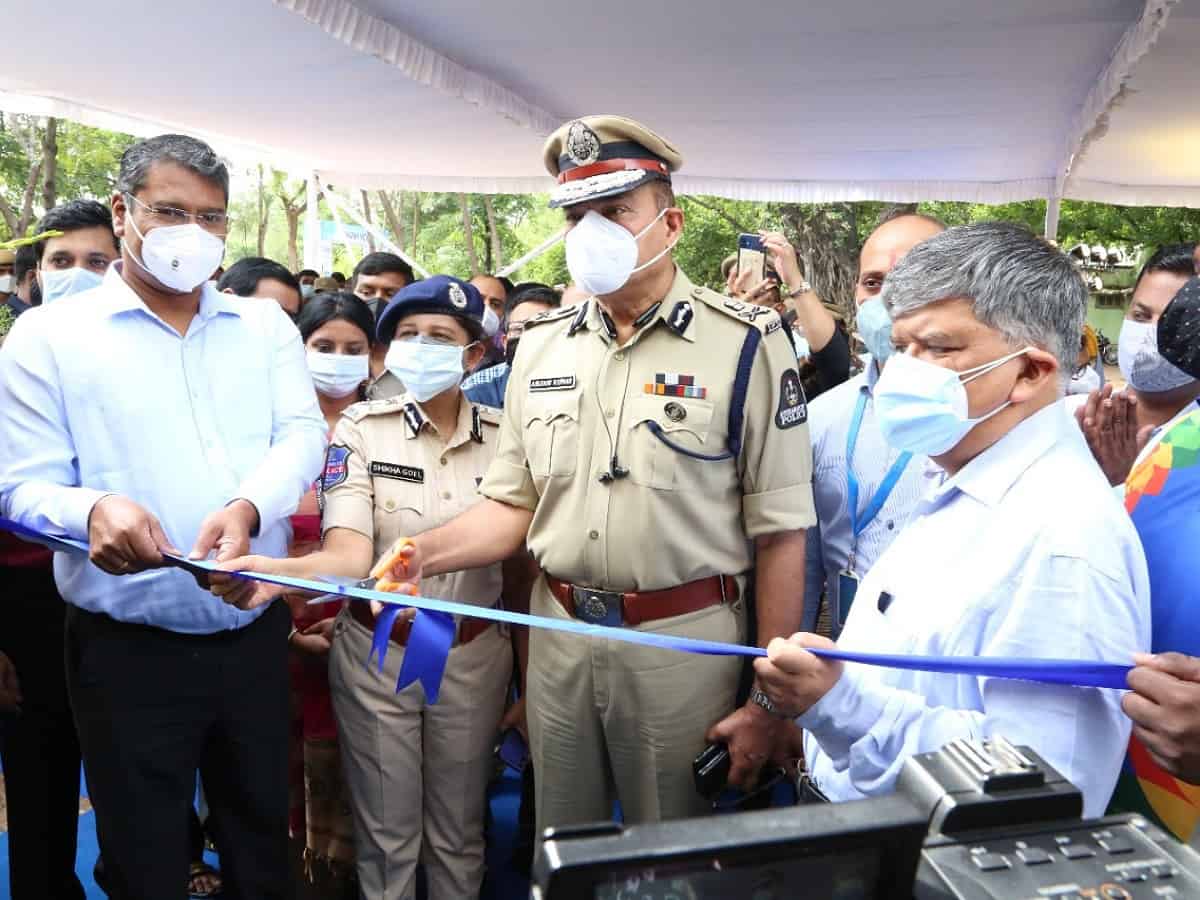 Hyderabad: City police commissioner Anjani Kumar on Friday inaugurated a 10-bedded medical facility set up by the Hyderabad city security council under the aegis of Hyderabad city police with the support of CII foundation and other corporates.

The facility was planned and executed on a war footing to support the fight against the second wave of the COVID-19 pandemic.

The project was contributed as part of the CSR initiative by the industry body CII and its CSR arm CII Foundation. The ten bedded hospital was built in less than a month’s time with an intention to serve the community and their families which serves the society.

While addressing the police personnel, Anjani Kumar said that during the COVID times police has emerged as face of compassion and it was a great opportunity to serve the people. Every police officer has worked with lot of pride and a close bonding between the police and public was established. There was an excellent team work and great support received from Industry especially during the lock down be it free meals distribution, quarantine centres etc.

CP assured the citizens that the Hyderabad City Police would continue to work for their safety, security and well being.

Shikha Goel, IPS., Addl. CP, crimes lauded the role of HCSC for the various activities taken up by them during the pandemic. She expressed gratitude to CII foundation and VST for supporting the city police in creation of this permanent infrastructure which would go a long way in this improving medical facility for the police personnel and their family members.