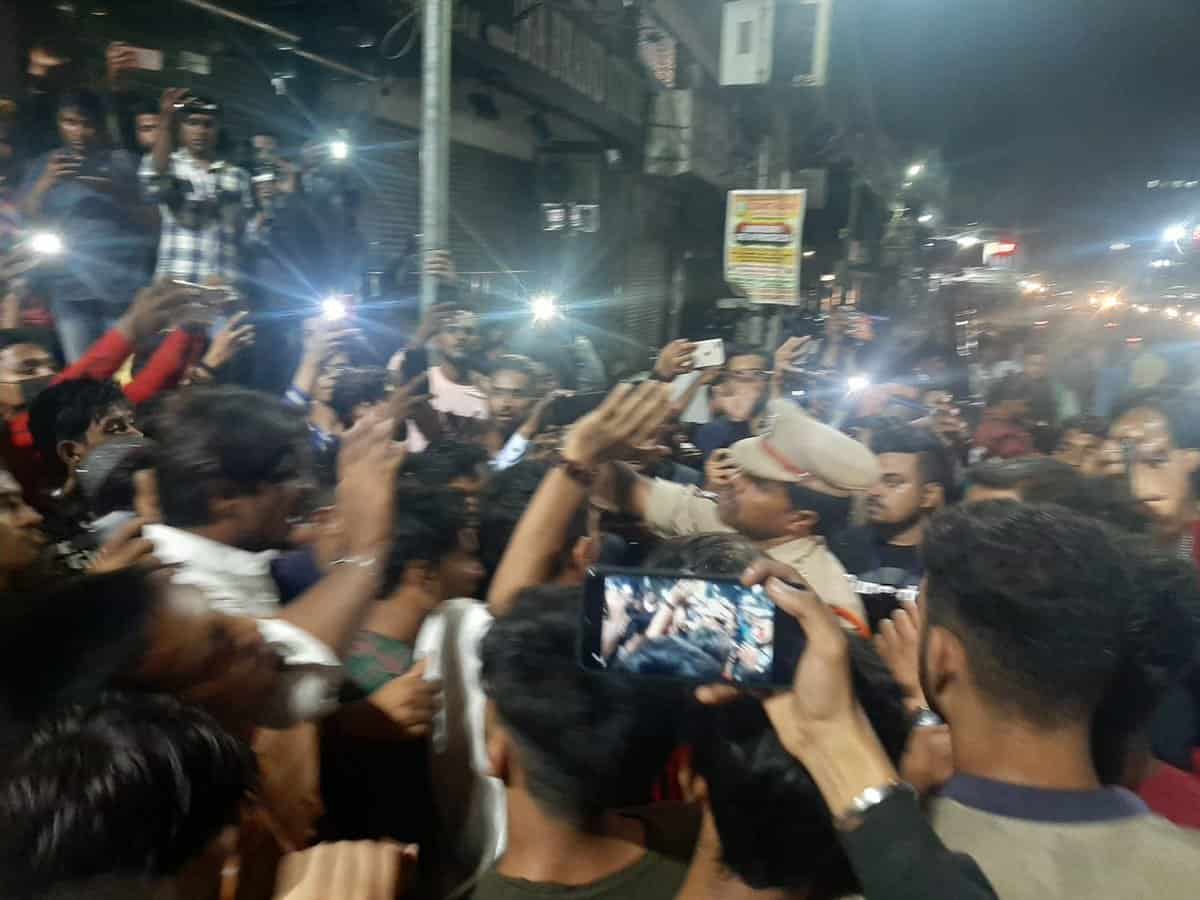 Consecutive protests are going on for three nights in a row in the city and robbing the police of their peaceful sleep. It all started on Monday after Raja Singh uploaded a video on his Youtube channel making derogatory comments about Prophet Mohammed. On coming to know about it, people took to streets to show their anger.

Complaints were made at different police stations and eight cases booked against the MLA. The night-long protest saw rallies, effigy burning and road sits.

On Tuesday night, people took to the streets again after Raja Singh got released within 10 hours after he was taken into custody. The whole night people took out rallies. At Shahalibanda, night-long protest was reported despite the fact of police doing lathi charge to disperse the gathering.

It was a violent Wednesday night with protestors pelting stones at the cops when the police used lathis brutally on them in Mahboob Chowk, Asha Talkies and Moghalpura localities. Several protestors were injured.

“In foreign countries, nocturnal protest is witnessed more. Same is catching up now in Hyderabad,” he added.

Police officials feel nighttime protests are riskier for cops. “No one knows when it gets violent. If streetlights or power transformers are damaged or switched off, we might get trapped and attacked by a mob, even lynched. So lots of precautions are to be taken,” said an Inspector of police.

A former cop who worked in the old city said there are numerous lanes and sub roads and only in a few minutes, people come on to the roads. “You cannot guess how many people would come and join a protest as people coming to know about it keep joining. Patrolling of lanes is difficult at night so local inputs are missing to do security arrangements,” he said.

The current phase of protest programs is social media driven with organizers simply posting a message on facebook and circulating on Whatsapp groups. One such message circulated on Wednesday read “Join in large number Shahalibanda protest @ 5 pm. Chalo Shahalibanda @ 5 pm. Make it huge again. Request all brothers and sisters to join in large numbers.”

Two days after he received bail, the Shahinayatgunj and Mangalhaat police on Thursday issued notices to suspended BJP MLA in hate-speech related cases booked against in earlier this year in April. He was given a notice under Section 41 of the CrPC (to be given prior to arrest). The MLA was given bail in a case booked against him earlier for making derogatory comments against Prophet Muhammad on August 22.

Raja Singh has also been booked under sections like 153-A, 188, 295-A, 298, 505(1)(B)(C), 505(2), 506, 504, etc of the IPC in eight different cases. His statements on Prophet Muhammad were similar to what suspended BJP spokesperson Nupur Sharma also said earlier. According to sources, a team from the Shahinayathgunj police station issued him the notice.