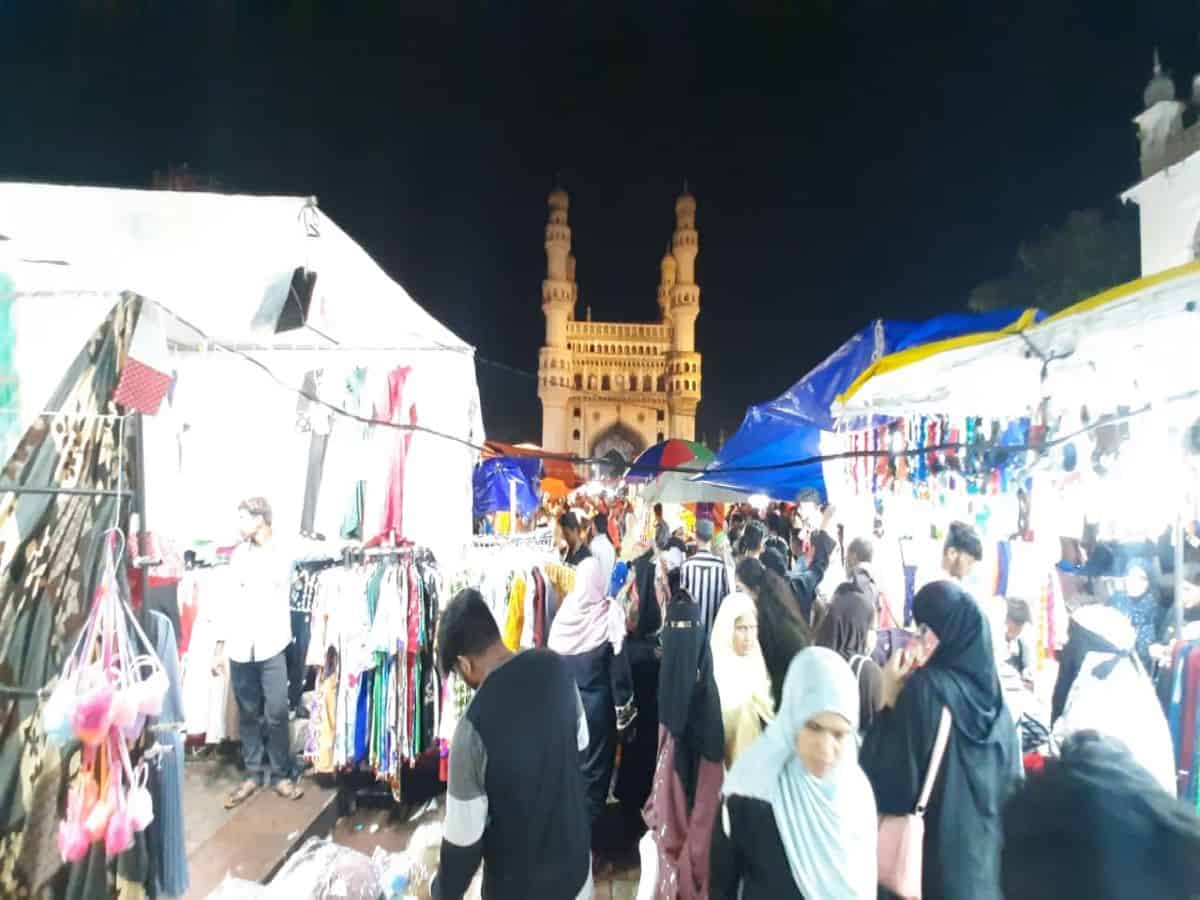 Hyderabad: With Eid ul Fitr round the corner, the rows of shops opposite the Nayaab Hotel near Nayapul selling the famous Kolhapuri chappals are back in focus. Usually, worn along with the traditional attire ‘kurta pyjama’, this variety of footwear competes successfully with the biggest and famous brands of slippers and sandals.

Thanks to its graceful look, the footwear basically manufactured in certain districts of Maharashtra is most sought during the festive season in Hyderabad. It also finds takers in almost all the districts of Telangana and neighbouring Andhra Pradesh as well.

Around 50 traders sell the footwear at the Old city market and a handful of others at Secunderabad and Sultan Bazaar markets. The handmade ‘Kolhapuri chappal’ and ‘chadavah’ are in full demand this season.

“The demand for the footwear is growing with time. One reason is these days youngsters are wearing it in traditional attire or modern garments like jeans and trousers,” explained Mohd Zeeshan, trader at Nayapul market.

The footwear comes in various sizes and is priced accordingly. A pair cost anywhere between Rs. 100 to Rs. 400.  Traditionally the footwear comes in only brown and grey colour in basic design. Newer designs and colours are coming up now such as gold , orange, black, green, yellow, silver, purple, blue, red and pink.

Touching his historic part, Syed Zameer, another trader explains Kolhapuri footwear has been a part of Indian history for over 800 years and said to have been worn in the 13th century in Maharashtra. Previously known as Kapashi, Paytaan, Kachkadi, Bakkalnali, and Pukri, its name indicated the village where they were made.

A majority of the footwear is sourced from Kolhapur district in Maharashtra comprising several villages. Of late, a few artists from there migrated to the city and engaged in making the footwear at Jiyaguda and Tallabkatta in the old city. The original Kolhapuri is completely handmade and there are no nails hammered into it.

Several consider it one of the best footwear to use in summer as the vegetable-tanned leather can absorb the body’s heat and sweat, it keeps the body cool.