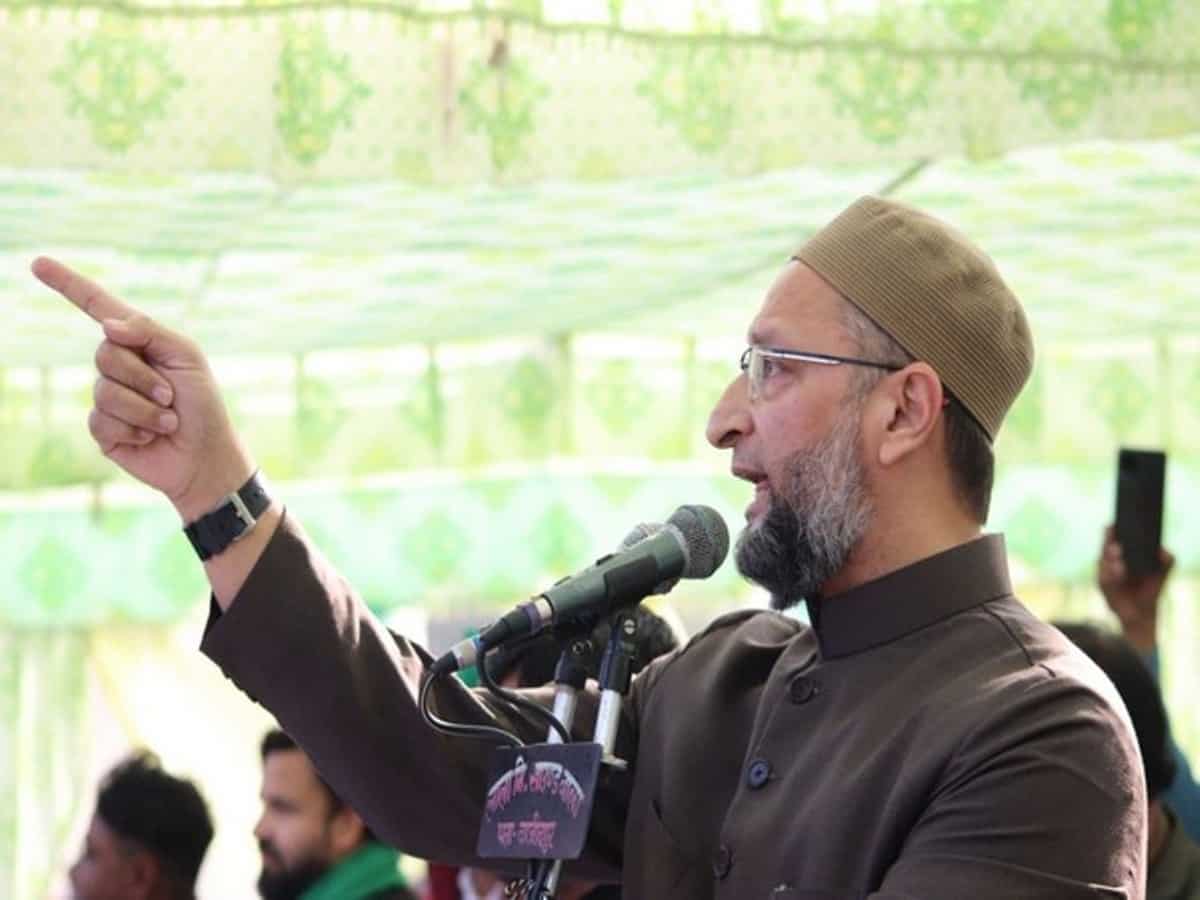 Hyderabad: All India Majlis-E-Ittehadul Muslimeen (AIMIM) chief Asaduddin Owaisi on Friday condemned the honour killing incident that took place in Saroornagar in Telangana and termed it as a “criminal act” as per constitution and Islam.

While addressing the public in Hyderabad, Telangana, he said, “We condemn the (honour killing) incident that took place in Saroornagar. The woman willingly decided to get married. Her brother doesn’t have any right to kill her husband. It’s a criminal act as per constitution & the worst crime as per Islam.”

“This incident is being given another colour since yesterday. Didn’t the Police here arrest the accused immediately? They have arrested him. We do not stand with the murderers,” he added.

While talking about communal violence incidents in Jahangirpuri and Khargone, he said, “I want to say that whichever religious procession is taken out, there should be high resolution CCTV put up on the Mosque and whenever there is a procession moving, then it should be live telecast on Facebook so that the world should know who is throwing stones.”

Earlier on Thursday, Hyderabad’s Saroornagar police arrested two relatives of Ashrin Sulthana alias Pallavi for their involvement in the murder of Billipuram Nagaraju.

The accused have been identified as Syed Mobin Ahmed, brother of Ashrin Sulthana and Mohammed Masood Ahmed.

Both the accused were arrested on Thursday and are being produced before the Hon’ble Court for judicial custody, Saroornagar police had stated.

“Case registered under IPC Section 302, SC/ST Act. The probe is to be concluded soon. We’ll apply at fast track court so that its trial is concluded soon and accused are punished. The deceased’s family will be provided with monetary benefits, job”, DCP of LB Nagar had stated.

Earlier on Wednesday, a newlywed couple riding a bike was attacked with an iron rod and stabbed at 9 pm resulting in the man being killed on the spot at Panjala Anil Kumar Colony of Saroornagar in Hyderabad.

According to police, both the accused developed grudge against the deceased as he had married the sister of the accused Syed Mobin Ahmed.

“The deceased Billipuram Nagaraju, who belongs to SC-Mala Community, and Ashrin Sulthana of the Muslim community were in love for more than five years. They were classmates from school and both studied in the same school and college. She is the sister of the accused Syed Mobin Ahmed. Sensing that his sister was in love with the deceased, Mobin had warned her. On 30.01.2022, she came out of her house situated at IDPL Colony, Balanagar leaving her mobile phone in her house itself. On the next day, Nagaraju and Ashrin Sulthana got married at Arya Samaj in Old City, Hyderabad”, police statement had read.