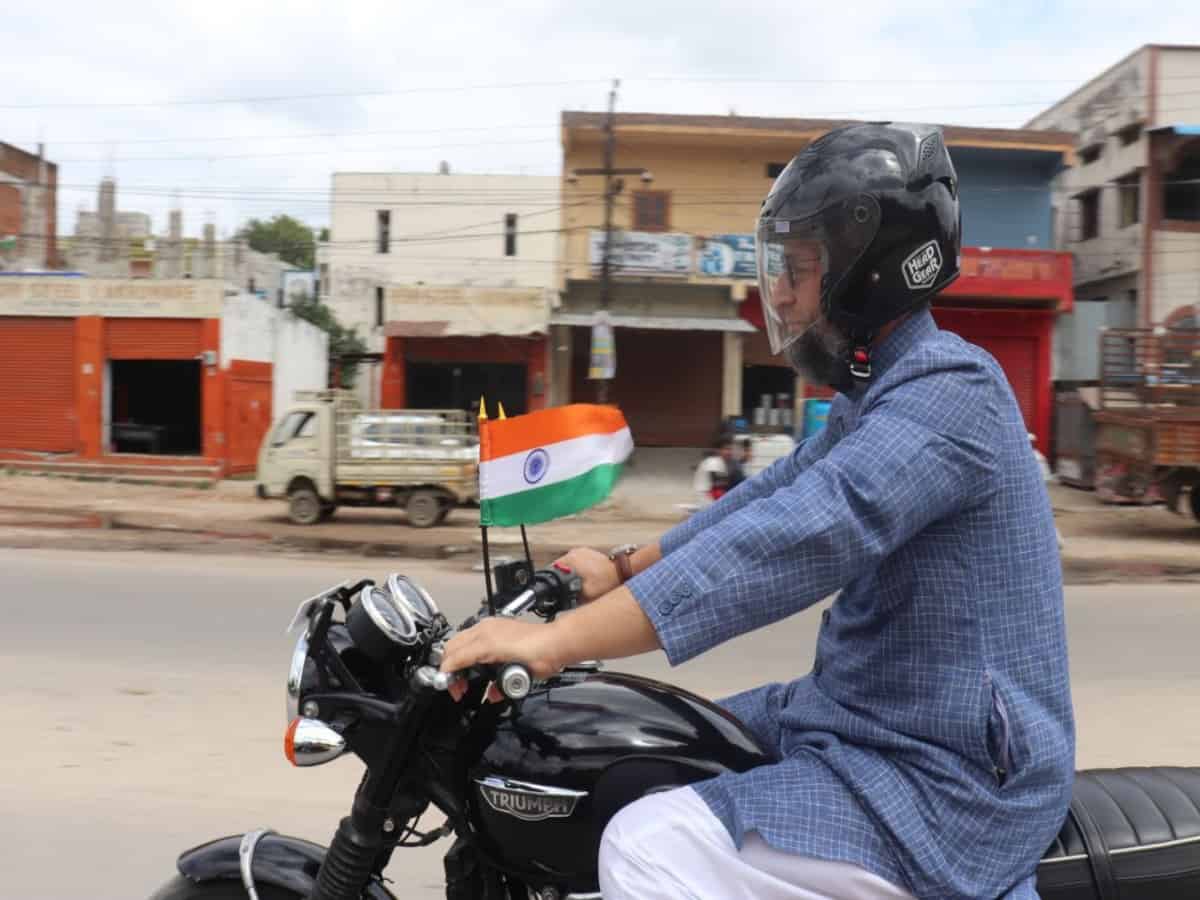 The bike rally began from Masjid-e Abubakar in Chandryangutta and is slated to culminate in Tegalkunta, Old City. In a video uploaded by the official Twitter handle of the AIMIM party, Owaisi gave the details of the rally. The MP said that he along with all AIMIM MLAs and corporators will offer Friday prayer at Masjid-e-Abu Bakr and then will lead a ‘Tiranga’ bike rally.

The Hyderabad MP took to Twitter and said, “Today Hyderabad is observing #NationalIntegrationDay on the anniversary of erstwhile Hyderabad state’s merger with Union of India. We offered our Friday namaz & started a Tiranga bike rally. There will also be a public meeting. #Tiranga.”