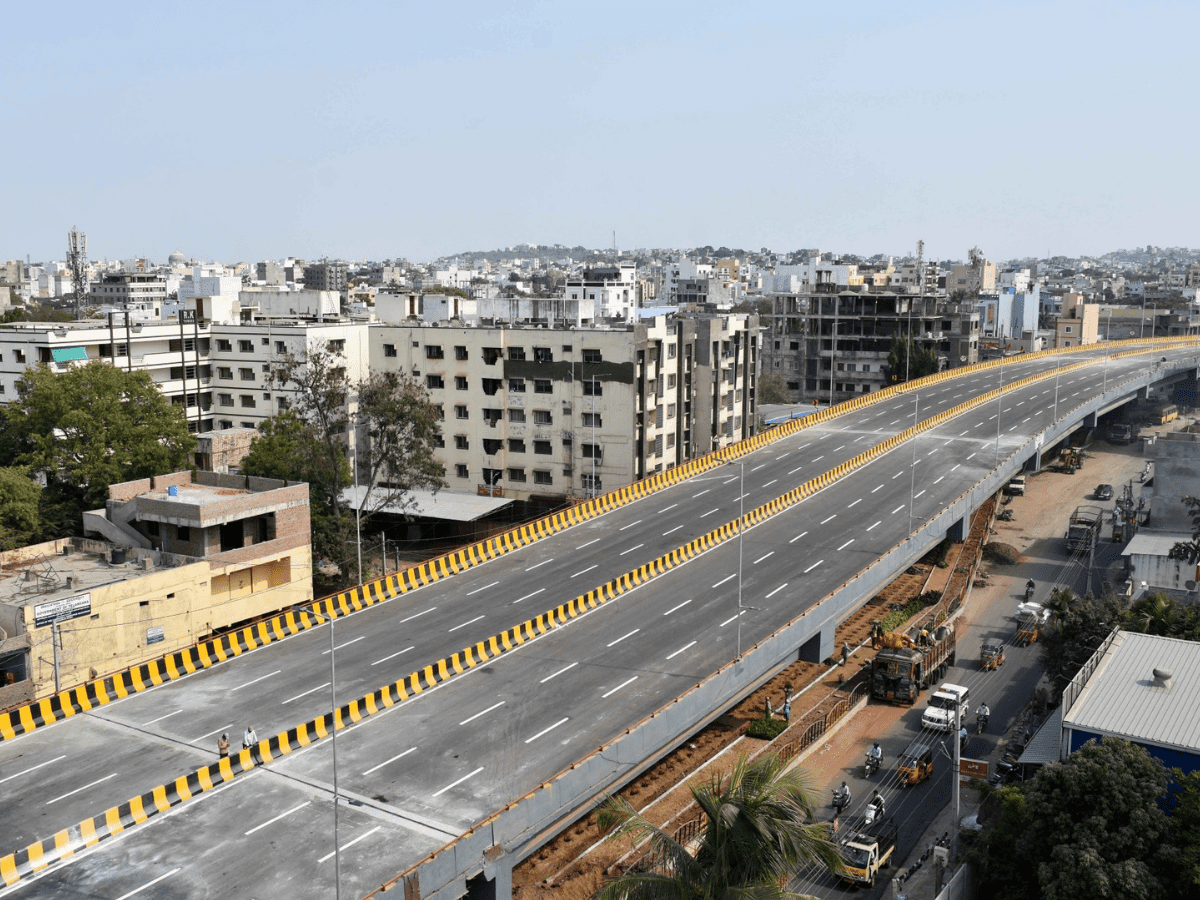 Hyderabad: The six lane bi-directional flyover at Bahadurpura is all set to be inaugurated probably next week or even earlier by Telangana municipal administration and urban development minister KT Rama Rao (KTR). It will bring much sought relief to the commuters in the Old City.

A senior official from the GHMC’ projects wing said that most of the works are completed and that the Bahadurpura flyover can be inaugurated any time in the coming week. “We are awaiting a date from the minister concerned only, everything is completed. The flyover will ensure smooth travel, reduced commute time and decrease pollution,” he said.

Officials are now busy decking up the underway of the flyover with greenery and are also developing vertical gardens on the pillars of the structure as part of its beautification.

A little away from there, another flyover connecting the Aramgarh with Nehru Zoological Park, covering a distance of around 4.5 kilometres is also under construction. It is expected to be completed by next March, officials said.

Officials also said that the Falaknuma Road under Bridge’s (RuB) second phase works will commence shortly. “The HMWS&SB officials have to shift the over ground water supply line. Once they do it, the engineering wing of the South Central Railways will construct the flyover over the railway tracks and the remaining works will be undertaken by the GHMC,” said the official.