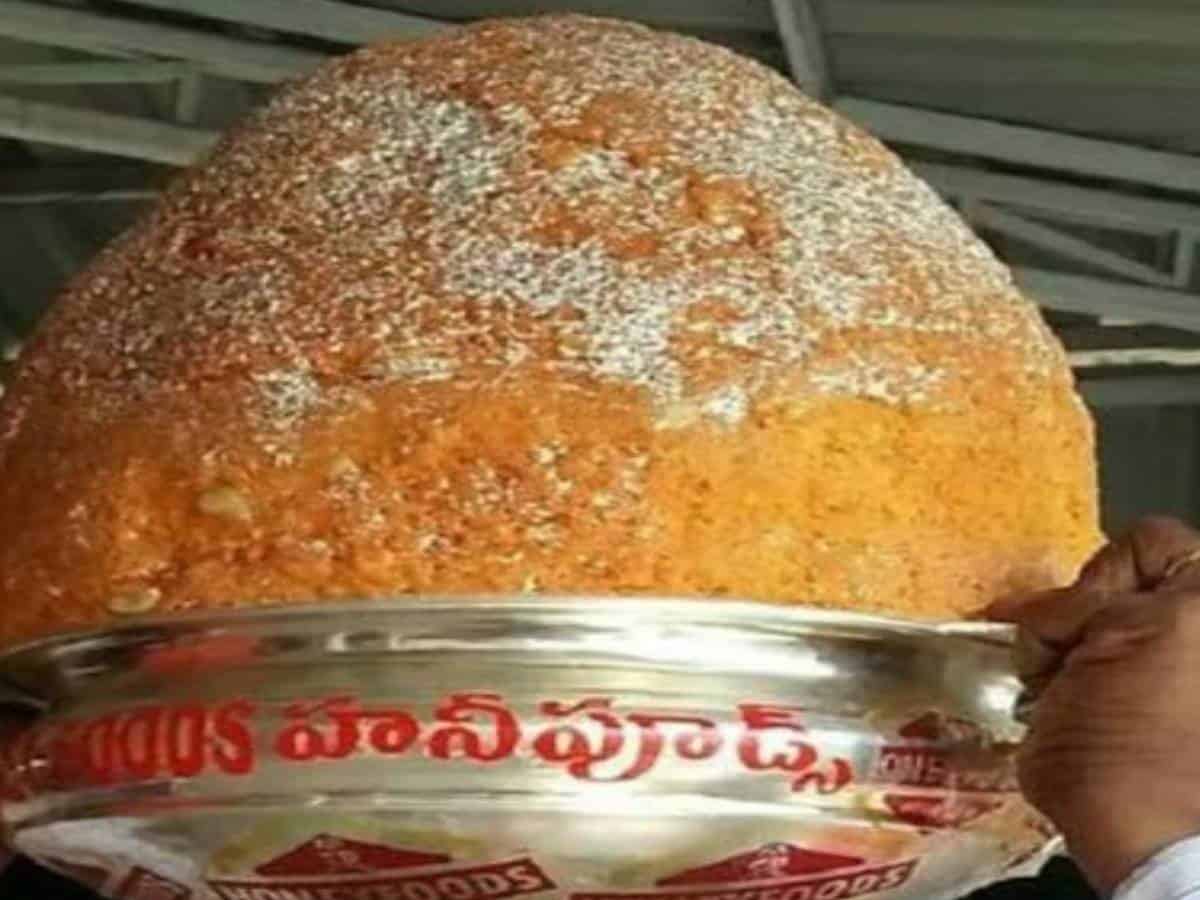 During the auction that began on Friday morning, TRS leader V Laxma Reddy bagged it.

Every year, the auction is held on the final day of the Ganesh idol immersion.

Massive security arrangements are in place for the annual Ganesh immersion processions in and around Hyderabad on Friday.

As the day coincides with Friday prayers and in view of the recent disturbances witnessed over an offensive video posted by the now suspended BJP MLA Raja Singh, police have heightened the vigilance across the twin cities of Hyderabad and Secunderabad and outskirts.

Over 25,000 policemen have been deployed in the limits of three police commissionerates — Hyderabad, Cyberabad and Rachakonda.

Additional security arrangements have been made in the communally sensitive Old City of Hyderabad.

With Raja Singh remaining in judicial custody, police stepped up security in his constituency Gosha Mahal. A tight vigilance is being maintained in Mangalhat, Begum Bazar and other areas to prevent any untoward incident.

Over 40,000 idols will be immersed in Hussain Sagar and more than 50 other lakes and artificial ponds in and around the city.

Additional security measures have also been put in place due to row over immersion in Hussain Sagar lake in view of courts prohibiting immersion of Plaster of Paris (PoP) idols.

The government of Telangana has clarified that only idols made of clay will be allowed to be immersed in Hussain Sagar per the orders of the high court.

POP idols can be immersed in 31 lakes and 74 baby ponds across the city, it said.

The Greater Hyderabad Municipal Corporation (GHMC) has deployed 280 cranes and 130 mobile cranes for immersion. More than 10,000 sanitation workers have been engaged to help with the immersion process.

The high court, in its order dated July 21, 2022, has maintained that immersion of POP idols in Hussain Sagar is prohibited, starting this year.

BJP state president Bandi Sanjay had threatened that if idols are not allowed to be immersed in Hussain Sagar, the organisers will be forced to carry the idols to Pragati Bhavan, the official residence of the chief minister.