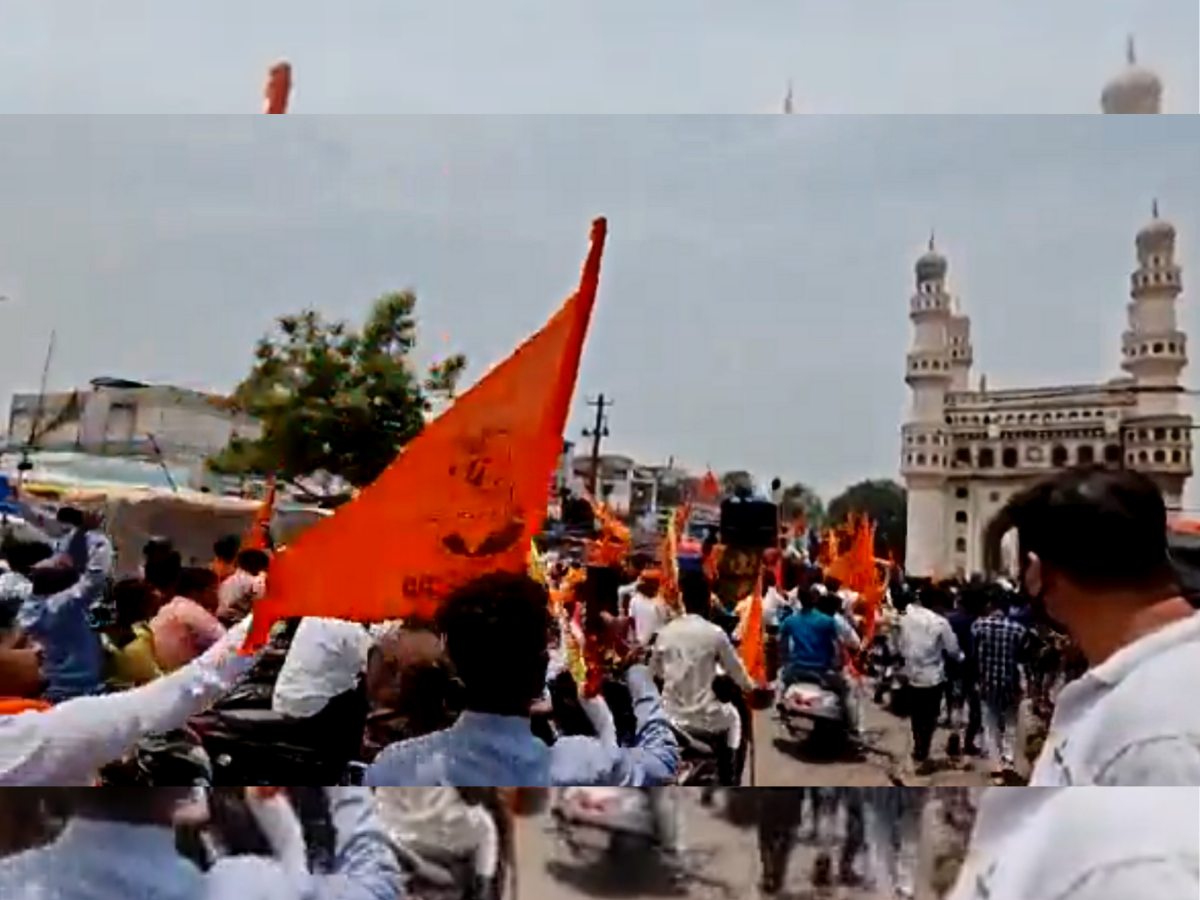 Hyderabad: The Hanuman Jayanti procession in the city, on Saturday, was organised amidst tight security arrangements following communal violence that occurred in various states across the country during Ram Navami rallies last Sunday.

The Hanuman Shobha Yatra that has commenced from Gowliguda in the Old City and ends at Tadbund in Secunderabad, went past Charminar with loudspeakers playing songs like “Banayenge mandir” amidst slogans of Jai Shree Ram being raised.

Will be kicked out of India if you don’t chant Ram’s name: Raja Singh

The city had also witnessed tensions on the occasion of Ram Navami as the Bharatiya Janata party Goshamahal MLA Raja Singh spew hate against Muslims with provocative songs and speeches. Following videos that surfaced on social media, he was booked under various sections of the Indian Penal Code, pertaining to hate speech, by the city police.

The Hyderabad city commissioner along with other senior police officials inspected the 12-kilometer-long route, on Friday, through which the procession is being taken across.